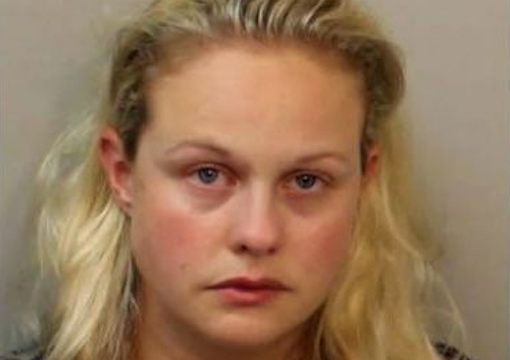 Last week, we discussed Rebekah Jones, the crazy lady who wrote a 342-page telenovela about her ex-lover, Garrett Sweeterman, then went on to fame and fortune by claiming Florida Gov. Ron DeSantis was faking his state’s spectacularly low COVID numbers.

Before the media turned Jones into their next Erin Brockovich, they might have done 10 seconds of Googling to find out that Jones’ past includes stalking, battery on a police officer, repeated incarcerations, an institutionalization, an ankle monitor, a restraining order and court-ordered medication. And that’s long before the DeSantis administration hired her as a web designer.

These infractions are contained not only in police reports and court filings, but in her prolix manifesto about her ex-lover that she herself posted all over the internet.

Jones seems to think it’s a point in her favor that during Florida State University’s investigation of her obsessive behavior toward her former student, “Garrett didn’t even bother bringing any evidence — no copies of texts or calls … I brought more than 200 pages worth.”

Even after multiple demands that she stay away from Sweeterman, the still-married Jones writes:

Did you know that I would have given anything, truly anything to make things right between us?

Did it matter to you at all that I loved you?

If the genders were reversed, Jones’ obsession with a former student would be a movie on “Lifetime: TV for Women.”

Instead, she attacked DeSantis and became

No TV personality lavished more attention on Jones than MSNBC’s Lawrence O’Donnell, featuring her on his show on Dec. 8, Dec. 9, Dec. 16 and Dec. 22, 2020. As is common at MSNBC, O’Donnell jumped on the horse and rode off into the sunset without a map, directions or a compass.

“As is common at MSNBC, O’Donnell jumped on the horse and rode off into the sunset without a map, directions or a compass.”

The MSNBC host scoffed at the basis for the raid, saying: “They were going after the person who sent what they considered, I suppose, some criminally dangerous text.” Ho ho ho. Jones — or at least her lawyer — knows damn well that the charge is serious, which is why, to this day, she stoutly denies sending the text.

According to the search warrant affidavit, six months after Jones was fired by the Florida Department of Health, she hacked into the state’s medical emergency notification system from her home computer, obtained the private information of thousands of people, and sent out a mass text, pleading: “it’s time to speak up before another 17,000 people are dead. You know this is wrong,” and so on. She signed the deranged missive as if it were an official communique from Florida Department of Health.

Comcast determined that the text came from Jones’ Tallahassee home. Perhaps in addition to cuckolding him, she plans to pin the hacking felony on her husband. (Then she could run off with Garrett!)

On the day of the raid, as infinitely patient law enforcement officers banged on Jones’ front door for 22 minutes, she was inside, setting up a video camera. Donations to her GoFundMe page must have been flagging.

O’Donnell introduced her video, saying: “What you’re about to see is almost as bad as American policing gets.”

What we see is Jones (finally) opening the door and exiting the house. An officer enters, unholsters his gun, and calls out for anyone else in the house to come downstairs. In other words, standard operating procedure for executing a search warrant.

Although no one is pointing a gun at anyone, Jones can be heard in the background screaming, “He just pointed a gun at my children!”

This is classic hysterical woman behavior.

YOU’RE HURTING ME! STOP HITTING ME!

But O’Donnell and the rest of the media repeatedly played Jones’ video while informing viewers that it showed something it plainly did not: officers “pointing” guns at Jones and her children.

“The only thing that could have made this worse,” O’Donnell said, “is if one of those recklessly aimed guns killed someone in that house. If one of those guns aimed at Rebekah Jones’ children fired.”

O’Donnell on the Zapruder film: As you can see in frame 187, President Kennedy is firing at Lee Harvey Oswald from the convertible.

Jones is like the white woman captured on video in Central Park, calling 911 on a black male birdwatcher. As he calmly speaks to her from 20 yards away, she shrieks to the dispatcher, “An African American man … [is] threatening myself and my dog.”

O’Donnell voiceover: The only thing that could have made this worse is if the birdwatcher had killed the woman.

My voiceover for the entire American media: As you can see, they are liars.