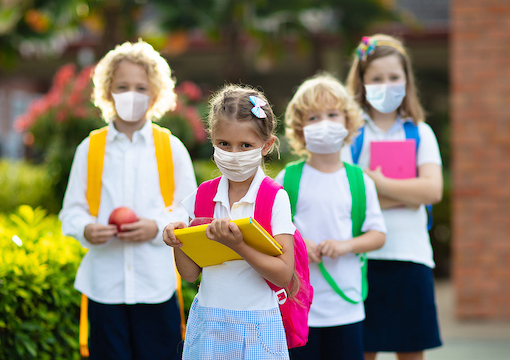 Paul Goldner is a jerk.

Paul Goldner is also a teacher, which makes him a dangerous jerk. He’s a high school physics teacher in Newbury, Mass., and a Triton Regional School District Committee member. Paul Goldner wants to keep schools closed. He’s an obedient leftist who thinks in-person learning is genocide, because the teachers’ union, I mean “the science,” says so. As a school district committee member, Goldner has repeatedly voted to prevent school reopenings.

Mind you, Goldner hasn’t exactly been suffering during the pandemic. During last year’s lockdown, he decided to have his kitchen remodeled, no matter the threat posed to him or the strangers he allowed in his home for the job. So Goldner gets a new kitchen, but your kids don’t get to go to school.

Two weeks ago, Goldner made the local papers for a fracas that occurred in a Merrimack Valley Facebook foodies group. When a fellow member dared to question “the science” behind school closures, Goldner responded with all the dignity one expects of a 2021 American teacher:

Yes you’re [sic] fucking asshole of a president lied to you and so now you don’t fucking believe that people are dying at a rate that surpasses 9/11 on a daily basis, and this was fucking preventable. But the number of deaths is reconstructible about 7 fucking ways but fucking morons won’t believe that, yes, people are fucking dying. And so more people die. Fuck you for killing people.

So, expressing an opinion in a foodies group is “killing people,” while having your kitchen remodeled in the middle of a pandemic, as the kids you prevent from going to school commit suicide at record rates, isn’t.

The Triton district meekly condemned Goldner’s post, and Goldner apologized, citing “strain and stress” (cut the guy some slack; he’s having to acclimate himself to a new fridge). The thing is, as the Turtleboy Sports website points out, Goldner has a history of “fuck you” posts. And each time he’s forced to apologize, he cites “strain and stress.” Good thing such an imbalanced individual is not teaching young children. Oh wait, he’s not just teaching them, he’s on a committee that sets policy. And his behavior is far from anomalous. “Fuck you murderer” is pretty much the standard teachers’-union response when confronted with dissenting opinions on school reopenings.

One Paul Goldner is a menace. A powerful national union full of them is a plague.

“One Paul Goldner is a menace. A powerful national union full of them is a plague.”

As someone who constantly deals with Holocaust deniers, I can tell you a few basic truths about why Holocaust denial remains a thing. Granted, there are loons who need no reason to deny the Holocaust. I hear from those guys all the time; they’re the ones accusing me of eating babies and trafficking in adrenochrome. Those dolts are unsalvageable. But, there are other folks who were not inevitable deniers. And most of them went down the denial path because they asked a simple question about the Holocaust, or perhaps repeated a denier meme they saw on social media, and they got a response from an “expert” or “educator” or online know-it-all along the lines of “fuck you fuckity fucking Nazi fuck you.”

Deniers are created when questions are met with Goldner-style replies, which practically scream “I have no answers of substance so I’m just gonna cuss you out.” Now, in the case of deniers, there are indeed answers of substance to their queries (I try to provide them in my video rants). But in the debate over whether the threat of Covid merits keeping kids out of school, the “fuck you” responses are all the “stay closed” side has to offer. There’s no science to their position.

On the opposite end of the spectrum from Goldner is Dr. Vinay Prasad (Division of Hematology/Oncology, Department of Medicine and Department of Epidemiology and Biostatistics, University of California San Francisco; Department of Hematology Oncology, San Francisco General Hospital). Dr. Prasad is an award-winning teacher, and the author of two books and over 250 academic articles. He’s a leading voice in opposition to those who want to shut down the discussion on school reopenings in the name of “following the science.” In a November MedPage Today op-ed that should be required reading for anyone weighing in on the in-person learning debate, Dr. Prasad rejected using “follow the science” as a conversation killer. His views on science and its place in policy-making are as nuanced as Goldner’s are simpleminded:

Science will never be sufficient to guide choices and trade-offs. Science cannot make value judgments. Science does not determine policy. Policy is a human endeavor that combines science with values and priorities. In other words, science can help quantify the increased risk (or lack thereof) of school reopening on SARS-Cov-2 spread, and help quantify the educational losses from continued closure, but science cannot tell you whether to open or close schools. Making the decision requires values, principles, a vision of the type of society we want to be. How much do we care about the kids that rely on public school? Is it enough to offset a theoretical (but unsubstantiated) risk of viral spread? On this topic, I agree with others that we have chosen poorly.

I generally don’t like devoting so much of my column to lengthy quotes from folks not named David Cole, but Dr. Prasad’s views are more important than mine, and that’s just a fact. I’m an opinion asshole; he’s a practicing MD. At the moment it’s his voice that’s needed, way more than mine.

When it comes to COVID-19 policy, we have faced and continue to face immense trade-offs. Every restriction we place may slow viral spread, but may carry dozens of unforeseen countervailing consequences. Scientists can help define these trade-offs, but scientists have no special ability to speak about values on behalf of all citizens. In other words, science is necessary but not sufficient to deal with COVID-19. Thinking otherwise is a dangerous view that steals political power from people and gives it to scientists under false pretenses.

Public school teachers around the country are hiding behind “follow the science” because they’re too cowardly, or perhaps too lacking in substantive arguments, to face the reality that Prasad outlines so well. “Follow the science” is a cop-out.

Prasad also makes a strong case against censorship of “wrong opinions” regarding Covid:

The simple fact is that most heretical ideas will turn out to be false, but some may be true. Academic freedom is the idea that we allow many people to be wrong, so that some may be right. That doesn’t mean we blindly accept everything folks say, in fact, it means the opposite, we must interrogate and challenge them, but we must create an environment where folks can argue their case, even if initially unpopular.

Prasad concludes by reminding his readers that “science is a tool. It is quite possibly the best tool human beings have ever devised, but just like any tool, it has limits. It cannot tell you how to adjudicate trade-offs. It is not merely what the majority believe. It requires open-mindedness and humility.”

Again, open-mindedness and humility being the exact opposite of “fuck you murderer.”

“We can and should embrace science, but we cannot follow it. It is up to us to make the hard choices.” That’s Dr. Prasad’s closing remark, and it troubles me that I just Googled that line and saw that nobody’s quoting it.

Between Dr. Vinay Prasad and Paul Goldner, only one of those guys has the actual power to decide whether kids go back to school. Prasad can do nothing more than offer advice; Goldner can, and has, made policy. His votes have kept kids at home and classrooms empty. Between Prasad and Goldner, only one has actual say over children.

I would ask any parent who resides in the Triton Regional School District, do you feel comfortable that the one with that power is the one who should have that power? Whose opinion should carry more weight in determining whether your children return to school? The medical professional with the reasoned and measured views, or the guy who calls you a “fucking murderer” for suggesting that Covid lockdowns should be lifted, while he merrily interacts indoors with strangers because he wants a fancier kitchen?

It should be added that the guy with the nuanced views is also nonwhite and a resident of true-blue San Francisco. That makes him especially dangerous to leftists, because while he may not be immune to Covid, he’s certainly immune to being called a Red State white supremacist.

Dr. Mathew Mercuri is also no Red Stater. He’s an assistant professor at the Department of Medicine, McMaster University, Hamilton, Ontario, and the Institute of Health Policy, Management and Evaluation, Dalla Lana School of Public Health, University of Toronto. And like Dr. Prasad, Dr. Mercuri cautions against blindly accepting the “follow the science” talking point regarding Covid. In an October 2020 paper published in the Journal of Evaluation in Clinical Practice, Dr. Mercuri explained how politicians hide behind “science” in order to absolve themselves of having to take responsibility for their decisions:

What is it that makes science special such that governments are now so careful to point out its importance in decision making? I could think of a few reasons. For one, a lay view of science is that it is objective and apolitical; that it is concerned with the facts and not with values. On that view, an appeal to science would empty policy decisions of subjectivity and party values. An appeal to science also has the political benefit of delegating responsibility to the science community, thus freeing government officials (they hope!) of accountability (ie, “it is not our fault, the science was bad”). Unfortunately, such views overlook the subjective and political nature of science (and facts).

When governments claim they are “following the science” it should be made clear how they are doing so and what are the limitations. A failure to do so can potentially lead to an erosion of trust in science, in particular when the science is portrayed (intentionally or unintentionally) by officials as objective or definitive.

So, here we have two worldviews laid bare. Drs. Prasad and Mercuri, with their grounded takes regarding science and how politicians err when they co-opt it to stifle debate and evade accountability, and Paul Goldner (who refused my requests for comment), whose attitude is “fuck you murderer fucky fuck fuck.”

Now, if Holocaust denial begins with Goldnerian responses to sincere (if ill-informed) questions, it thrives because historians and advocates refuse to revise faulty theses and abandon discredited claims.

Hilarity will ensue…and I say that with scientific certainty.