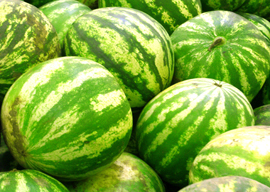 Even in this progressive age, religious uncertainties still abound as we approach Holy Season, which begins with St. Martin’s Day on January 16 and extends throughout Black History Month. This was made dramatically clear last week at a college near where I live, a place that has demoted the ancient Christian holiday that falls on December 25 and the weeks leading up to it as “holiday season.”

Meanwhile the institution is making every effort to commemorate MLK’s trials and martyrdom. Considering his stature, the customary one-day celebration was deemed inadequate, so they are preparing for a weeklong celebration of their twentieth-century savior. The sacred week will be devoted to recounting America’s racist past, what remains to be done to overcome that past, and most importantly, the question of whether King’s pronouncements can help advance gay and transvestite agendas.

When asked to submit lecture proposals, only one faculty member bothered to respond, but since this wiseacre had the temerity to question King’s spiritual purity, he was immediately turned down. Still, there’s no reason to suspect that other faculty members were equally irreverent. One retired professor wrote to his colleagues that the proposed celebration did not dwell sufficiently on Southern wickedness. He also said the college was not doing enough to exalt King, given what this truly heroic figure had done to raise us out of our bigotry.

“What sort of benighted being wouldn’t recognize the gravity of this offense on their own?”

The college community was peacefully and reverentially preparing for January 16 until someone expressed an idea that befouled the worshipers as if a garbage truck’s contents had been dumped on their heads. This disruption is equivalent to the controversy over Christ’s divinity that wracked the early Christian world. The person who set it off belonged to the college’s venerable Center for Global Citizenship and was helping to plan an international dinner to be served for foreign students on the academic liturgical calendar’s holiest day. In his childlike simplicity he suggested including a large fleshy-centered fruit called “w————n.”

Rather thoughtlessly, the committee was planning a festive menu without beseeching the approval of their religious superior—the black female Director of Diversity. Had they acted through the designated chain of authority, the ensuing controversy would not likely have arisen. The lower clergy would have known it was acting in a way that ran contrary to the teachings of the Church of Political Correctness, whose highest campus official is the diversity-directing minority lady. Similar grave oversights may have led to Christendom’s split in the sixteenth century, if one may be allowed to compare the present moment of high sensitivity to outdated religious superstitions.

The Director of Diversity issued a pronouncement emphatically prohibiting her flock from serving w————n on the Feast of St. Martin. The prelate explained that w————n is a “symbol of oppression to all black people,” thus it would be racist to serve at a college event. To their credit, those associated with Global Citizenship immediately withdrew their menu suggestion and have acted contritely ever since. But what sort of benighted being wouldn’t recognize the gravity of this offense on their own? They had ignored repeated warnings that a prohibition would be coming. For months the Director had lamented the fact that the forbidden fruit was being served on campus. But others chose to ignore these cries of despair.