Forget the Mueller Report, I Want the Ames Report 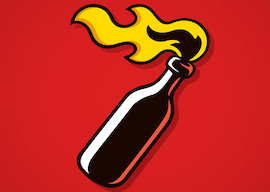 NEW YORK—So after two years of Mueller Reporting, what we know is:

(a) Everything worth knowing was leaked to The New York Times in real time and so we already heard it months ago.

(b) There are insane people among us who are disappointed that the president is not a conniving traitor and is merely a conniving businessman and a conniving politician.

(c) It’s exactly what it looked like from the beginning. Trump seemed like an attractive target for Russian Intelligence and they played him like a balalaika.

I don’t care about the cries of “Mueller Report! In its entirety! Free the Mueller Report!”—because, first of all, it does probably deal with national-security secrets, and, second, its principal subject is a man who always tells us in advance what high crimes and misdemeanors he’s thinking about committing.

No, what I want is the Ames Report. I don’t know which Russian intelligence officer wrote it, and I don’t know that his name is Ames, but I’m naming it in honor of Aldrich Ames, the guy who worked 31 years as a CIA counterintelligence officer until we discovered that—whoops!—he was actually working for the KGB all that time. Espionage fans like to argue “Who was more evil? Ames or Hanssen?”—referring to Robert Hanssen, the other KGB mole who, as an FBI agent, gave Russia so much information they had to fly it out on 747s. It’s sort of like the way horror fans say, “Who’s more awesome? Freddy Krueger, Jason, or Michael Myers?” But Hanssen spent only 22 years betraying America, so Ames was the cooler customer, passing not one but two polygraph exams with flying colors. Ames is the gold standard for telling Russia what’s really going on in the U.S.

So the Ames Report would read something like this:

August 2013: Previously sourced businessman D.T., now a television celebrity on a fake reality show, will be in Moscow for Miss Universe Pageant, one of his properties. Recommendation (from Agent Svetlana): Send Agents Olga, Nadia, and Tatiana to his hotel room with instructions to follow procedure for a penis at Level 3 Ease of Manipulation. (Note from Svetlana: Don’t go too fast.) Uses: Kompromat.

“Ames is the gold standard for telling Russia what’s really going on in the U.S.”

July 2014: Various relatives and lawyers attached to previously sourced businessman and TV celebrity D.T. likely to offer Russian president $50 million apartment if construction of Moscow tower allowed to proceed. D.T. scheduled to visit Moscow and desires meeting with president. Recommendation: Send Agents Olga and Tatiana but not Nadia as it is believed she is responsible for early termination of previous kompromat session. Uses: Corporate counterintelligence.

June 2016: Met with Agent Natalia on deep-cover “lawyer” mission, dispatched her to Trump Tower for meeting with feeble D.T. son, previously ruble-enhanced Manafort, son-in-law Kushner to discuss Hillary emails acquired by Agents Ivan and Sergei in Saint Petersburg to be used in ridiculous presidential campaign. American media believes previously sourced businessman, TV celebrity, and horndog D.T. unlikely to win, but agent of chaos for U.S. Recommendation: Offer to do all his IT work for the campaign from our station in Novosibirsk. Uses: Random divisive strife among American electorate.

January 2017: Received Director Bortnikov’s cable asking whether previously sourced president-elect could be recruited as actual agent. Recommendation: Yes he could, but he’s an idiot with a big mouth. Strongly advise against. Uses: He’ll destroy everything on his own.

In other words, collusion was never in the cards because the agents of the FSB—successor to the KGB—are too good at what they do. They would have known from the first contact that Trump can’t be trusted.

What they liked about Trump is that he was a loose cannon. Republicans were not the only ones who hated Hillary—the Russians weren’t crazy about her either. You don’t hire a loose cannon, you simply nudge him in the direction you want him to go. There’s a reason that the Molotov cocktail, one of the most unpredictable street weapons ever invented, unlikely to kill but likely to start fires and explosions, is named after a Russian. Trump was a Molotov cocktail with a hair helmet.

Putin, a former KGB agent of the first order, knows that you don’t have to recruit a fanboy. You just give him a little encouragement and he falls all over himself trying to please you.