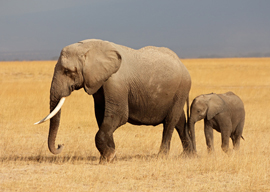 A new study on world population trends came out last week from the University of Washington in Seattle. If you”re one of those people who worry about an overpopulated world, the news is bad: total human population, currently a tad over seven billion, will likely be eleven billion by the end of the century and still rising. This is contrary to previous estimates that numbers would peak at nine billion.

The researchers claim to have used more punctiliously rigorous statistical methods than their predecessors in the field. They have in fact applied the wonderfully sexy, thrilling, and bang up-to-date theories of the Rev. Thos. Bayes, who died in 1761. To state their conclusions a bit more carefully: There is an 80 percent chance that world population in 2100 will be between 9 billion and 13.2 billion.

Most of the boom in numbers will come from Africa. As the second of the graphs in that news story shows, Europe and the Americas will pretty much flatline to 2100. Asian numbers will rise at a decreasing rate until about 2050, then level off or fall. It will be Africa”most especially sub-Saharan Africa”driving up this latest estimate.

“Quadrupling the population of sub-Saharan Africa would therefore just put the place in the same league as the People’s Republic of China, density-wise. What’s to worry about?”

Most of the anticipated growth is in Africa, where population is projected to quadruple from around 1 billion today to 4 billion by the end of the century. The main reason is that birth rates in sub-Saharan Africa have not been going down as fast as had been expected.

If you”re not one of the population worriers, this is all so-what? stuff. You may even find the news cheering.

This is an area where one’s reactions are dictated mainly by temperament. Adherents of the philoprogenitive religions (there are other kinds) assume the Lord will provide, whereas others, who doubt that there is any cosmic power concerned with the fate of one species of featherless biped on a humdrum planet in the outer zone of a nondescript galaxy, are more inclined to gloom.

Even if you are not religious, there is a case for optimism. Sub-Saharan Africa is a mighty big place, though you have to see it on a globe for full effect: the Mercator projection minimizes areas close to the equator. Population density overall in the subcontinent is around 100 per square mile. India’s is ten times that, in a worse climate. China’s is 367 overall, but metropolitan China’s”that is, ignoring Tibet, East Turkestan, and Inner Mongolia”is over 600. My bosky outer suburb of New York City has 1,500 souls to the square mile. The U.S.A. as a whole has 84.

Hong Kong, which includes fair-sized mountains and some uninhabited islands, has almost 17 thousand people to the square mile overall. The working-class district of Kowloon I lived in 40 years ago had spot densities of one person per square meter, which is two and a half million per square mile. They were stacked in tower blocks; but on Lunar New Year’s Eve they all came out to stroll in the street, with “stroll” here meaning “shuffle along in a human glacier,” and that one per square meter became a vivid reality.

Quadrupling the population of sub-Saharan Africa would therefore just put the place in the same league as the People’s Republic of China, density-wise. What’s to worry about?

Both attitudes to this population news are on display at Randall Parker’s FuturePundit blog. Randall himself is a gloomster:

As I said, which side of the argument you come down on is largely a function of your temperament”which is to say, of your body chemistry.

I”m with Randall on the dark side. Temperament is playing its part, no doubt, but there is also some factual evidence I can call on.