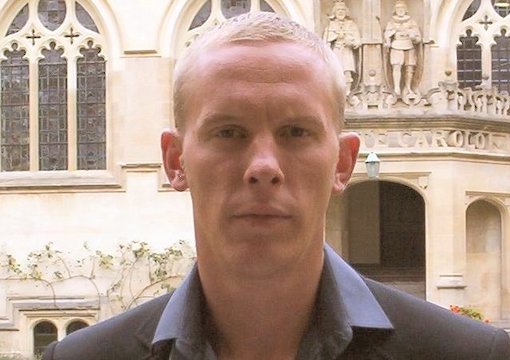 When the Conservatives became the first recognized British political party in 1834, the catalyst was Robert Peel’s Tamworth Manifesto, designed to embody conservative values constitutionally and so improve the lot of the British people. How times have changed. The reason for the creation of Britain’s most recent political party, 186 years later, was that an actor rolled his eyes on television.

Until Jan. 16, 2020, Laurence Fox was a reasonably successful English actor, known largely for his supporting role on the popular TV drama Lewis. He comes from an acting dynasty, with his father James known among cult film fans for playing a gangster alongside Mick Jagger in the 1970 movie Performance, while his uncle Edward famously starred in 1973’s The Day of the Jackal. Fox Junior’s fame led to an invitation to appear on the BBC’s political TV panel show Question Time.

Fox showed from the program’s start that he was going to be casually sarcastic, but when a “woman of color” asked him if he was aware that his viewpoint was that of a privileged white man, things became a little frayed. She also accused him, as predictably as night follows day, of racism. Fox retorted that actually her comment was racist. She reiterated the charge of white privilege. Fox looked at her.

“As electoral success began to look unlikely, Laurence Fox moved away from politics proper and into an area better described as political activism.”

And then he looked to the heavens and he rolled his eyes.

A quarter of a century or so before the Conservative Party formed, and the morning after his poetic debut, Childe Harold’ s Pilgrimage, was published, Lord Byron “awoke and found myself famous.” Imagine that news on top of a hangover from drinking port. In these days of rabid social media response, Fox awoke to find himself infamous. The brush fire of Twitter was blazing, and Fox was immediately shunned by both his profession and even Equity, the actors’ union. He was about to become a “resting actor,” in between engagements. He found another.

Now effectively unemployed after perhaps theatrical history’s most expensive eye roll, Fox started his own political party, Reclaim. They hardly set the world on fire, but Fox gained experience in the political arena, standing for mayor of London as well as fielding candidates in by-elections. He also became a regular guest on right-of-center outlets such as New Culture Forum and GB News. But as electoral success began to look unlikely, Fox moved away from politics proper and into an area better described as political activism.

Fox set up the Bad Law Project with ex–police officer Harry Miller, the object being to draw attention to and challenge the damaging use of some modern British laws, on a case-to-case basis. Mr. Miller, after being reprimanded for tweets concerning transgenderism, was famously told by a British policeman to “check your thinking.”

Miller is a powerful ally for Fox, having recently won a High Court case that now means that so-called “Non-Crime Hate Incidents” (NCHIs) can no longer be recorded by increasingly politicized police forces across the U.K. (although the hapless Home Secretary Priti Patel is moving at glacial speed on implementing this).

These extraordinary legal citations can be made against, say, someone who “misgenders” someone else on social media, or even at school. The police do not have to inform the recipient of the NCHI, but it stays on their record and could thus affect future employment. This looks for all the world like a dry run for a Chinese-style social credit system, and it must never be forgotten that Britain is running without the safety net of a First Amendment. Fox, and his colleagues at Reclaim, believe that the authorities are being politicized just as the law is being weaponized.

Fox also has his own online channel, Reclaim the Media, on which he interviews those who have fallen foul of so-called “cancel culture,” thus giving at least a small voice to those the media would not deign to talk to. He has also produced a video that takes on a subject Britain’s mainstream media would never dare to approach: the teaching of gender theory in British schools.

Groomed is simply shot, features smart and informed guests, and has the advantage that Fox is an actor, and therefore comfortable in front of camera and microphone. But if Groomed is a cultural good deed, it will not go unpunished and, if you understand the political climate in today’s Britain, you won’t need a weatherman to know which way the wind blows. It will be in the direction of Reclaim and Fox, and it will be more than just a stiff breeze. I wondered how Fox and his colleagues viewed the future, knowing they had kicked a hornets’ nest, and decided to contact Reclaim for comment.

The first contact I had had with Reclaim was when they replied to a request for a short interview earlier this year in connection with another piece I was writing. A gentleman called Martin Daubney asked to see some links to my work and I promptly sent three. I never heard from him again. Perhaps he didn’t like my style.

This time around my inquiry was answered by Victor Haggard. I explained to him that I wanted to write about the Reclaim Party, Groomed, and British politics in general. I told him who I was writing the piece for and who I had written for in the past. His reply was swift, courteous, and curt:

Hi Mark, this isn’t one for Reclaim, but I wanted to let you know rather than keep you waiting.

Mr. Haggard obviously had a problem, and I know what it is. It’s called “guilt by association.” I have written for magazines that are just a bit too rich for Reclaim’s blood. But Reclaim can hardly be blamed for declining to be associated with me and, by extension, those same magazines. There are assiduous little weevils out there hunched over computers, just waiting for someone like Reclaim to associate themselves, however tenuously, with magazines described by some as “far-right” or “white nationalist.” Why take a chance?

Reclaim have already been victims of covert censorship. Bank accounts have been closed. This is familiar to any dissident organization. Laura Towler of Patriotic Alternative—a very different setup to Reclaim—had her bank account closed without explanation but with the maximum amount of inconvenience.

But Reclaim’s reluctance to correspond with me shows two things. Firstly, despite their maverick stance, some aspect of the political/media complex has them scared of certain contacts deemed to be toxic. Secondly, this reticence is not confined to Reclaim, and there is a line now—defined by one’s footprints in right-wing publishing—that cannot be crossed and that will further divide the political right into sects and cadres. We shall see.

In the meantime, Fox has plenty of high-quality allies. The Free Speech Union (FSU) was started by journalist Toby Young, and Fox has followed their model of taking cases for which donations are ring-fenced and attempting by legal means to protect free speech. The difference between Reclaim/BLP and the FSU is, in Fox’s words, “Where they defend, we attack.”

Freedom of speech is high on Fox’s list of priorities, although he may need to confirm to himself how far those freedoms go. If you won’t talk to a journalist because you don’t like the magazines he writes for, what is your opinion of his freedom of speech? Fox will have a lot of cognitive dissonance to think his way through in the coming months and years.

Movie legend has it that filming Performance did considerable mental damage to Laurence’s father, James. I hope the son is made of stronger stuff if he is going to continue, and succeed, both in British politics and the even riskier venture of activism that is not approved by the state.