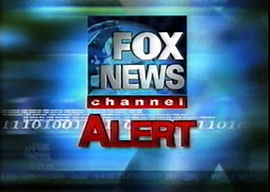 FOX News has been running a series on the conservative movement and recently released a DVD showing what purports to be the definitive picture of the movement’s progress. I have a close friend who regrets he couldn”t watch every minute of this treasured series and is ordering the DVD to keep the authorized view of American conservatism from the 1950s onward preserved in his cabinet. I missed some of the series” installments, and what I saw consisted largely of news footage from GOP presidential campaigns and interviews with people whom I had met numerous times. But unlike my friend, I can live happily without FOX’s self-interested remembrance of the past.

When I expressed indifference to the televised series, it was explained to me: “You”re just mad because they didn”t interview you.” At the time I was too distracted to provide my real reaction to this and other such slights inflicted on people of the right who are out of favor with what Pat Buchanan called “the kennel-fed conservatives.” What viewers were seeing on FOX has about as much veracity as histories of Bolshevism composed by Stalin’s scribes. It is the winners who are writing the history, and those who do not fit the script are relegated to non-speaking roles.

“What viewers were seeing on FOX has about as much veracity as histories of Bolshevism composed by Stalin’s scribes.”

Several prominent conservative thinkers have been unceremoniously blacked-out of the reconstructed past that the masses are supposed to remember. One might have hoped that as a matter of courtesy I would have been invited on to the series, since (God knows!) I”ve written more on American conservatism than almost anyone else on the planet. One might also have hoped that certain other influential voices on the right would have been mentioned as part of American conservatism’s real history. And one might have hoped that the “scholars” they interviewed were not for the most part the hired hands of Heritage and the rest of the DC-neocon establishment. Can”t the victors show a shred of generosity toward those they have vanquished and continue to marginalize?

Yes, they had Tom Woods talking about libertarian politics. They even had a short interview with the curmudgeonly Ron Paul, whom FOX happily smeared during his presidential run. But those are both safe and inevitable choices, given Paul’s prominence and Woods’s success as a critic of Democratic spending. Paul provided some slight, harmless appearance of balance, while Woods was there as a libertarian who’s been going after the other party (or so the GOP would like us to believe). If I heard references to Sam Francis, Taki, Peter Brimelow, and Murray Rothbard, then I”d know we were getting a comprehensive view of the conservative movement over the last thirty years. As far as I know, that never happened.