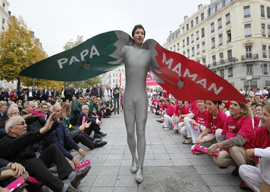 Edward Feser, one of my favorite American philosophers, asks:

My answer might disappoint Mr. Feser: Because the founders of this nation denied the very object of metaphysics (reality), hated women as much as today’s feminists hate themselves, and were just as ignorant and confused about justice as John Rawls.

And yet Feser’s question hovers over Moloch’s second term like a threatening cloud about to waterlog the ship of fools the White House has become. If the federal government can replace irrevocable definitions of moral philosophy, then why not those of mathematics, physics, or logic?

“Human nature exists and follows laws in its very constitution.”

But why would our government presume to create new laws of nature? Answer: The handiwork of a ferociously anti-intellectual sect of Germanic pietists with only makeshift educations, America has always denigrated philosophy, the science of reality. With few exceptions (Thomas Sowell springs to mind), today’s “philosophers” are academic state hirelings, ideological apologists for any progressive government in power, hence irrelevant to the larger society such governments seek to crush.

With 376 years of institutionalized pseudo-philosophy behind them (counting from the publication of Descartes’s error-ridden Discourse on Method) and 496 years of rebellion against apostolic authority, revelation, and reason (starting from the posting of 95 blunders by a feces-eating alcoholic from Eisleben), today’s Puritan-liberal establishment has gone from fundamentally transforming America in 2008 to fundamentally transforming the laws of nature in 2013.

A people with 1,296 years of Christendom in their cultural makeup, the French have recently shown themselves capable of uniting around human nature’s laws. The million-person anti-gay “marriage” and adoption protests in Paris on January 13 included some of the most disparate elements. Leprous immoralists, socialist harpies, and liberal quadrupeds marched alongside Catholics, Jews, and Muslims.

These surprising coalitions were united by a common understanding of a foundational principle of moral philosophy, namely that human nature exists and follows laws in its very constitution.

Xavier Bongibault, president of the Plus Gay Sans Mariage association, came out in favor of this axiom and later helped organize the protest. In a SÃ©ronet interview last November, he displayed knowledge of moral cause and effect by declaring gay adoption “an opening to incest and polygamy.” For Bongibault, it is evidently one thing to degrade oneself through an unspeakable act against nature, another to institutionalize that degradation as “marriage.”