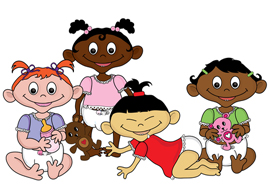 No one knows whether Hispanics will ever reach IQ parity with whites, but the prediction that new Hispanic immigrants will have low-IQ children and grandchildren is difficult to argue against.

Q. Why does that sentence get so many people so angry?
A. Because, while it’s easy to point and sputter, it is difficult to argue against.

Everybody has that sinking feeling in the pit of their stomach that Richwine is telling the obvious truth, which doesn’t make him popular. He had to be crushed pour encourager les autres.

Q. But it would be depressing if this were true!
A. Indeed, it is. But the social sciences are supposed to help us make better decisions about the future, not to slather us in schmaltz. Back in 2002, I conducted an interview with Harvard cognitive scientist Steven Pinker during his book tour promoting The Blank Slate: The Modern Denial of Human Nature. I asked him if we aren’t all better off if people believe that we are not constrained by our biology and so can achieve any future we choose. Pinker replied:

People are surely better off with the truth. Oddly enough, everyone agrees with this when it comes to the arts. Sophisticated people sneer at feel-good comedies and saccharine romances in which everyone lives happily ever after. But when it comes to science, these same people say, “Give us schmaltz!” They expect the science of human beings to be a source of emotional uplift and inspirational sermonizing.

The contents of the national myths serve to demonstrate current ethnic power. The descendants of Ellis Island-era immigrants are on top now, so they’ve rewritten history to make their ancestors sound central. This post-hoc score-settling is no doubt fun, but it’s obviously a stupid way to decide immigration policy.

Q. So what are the facts about Hispanics?
A. Hispanics average lower in IQ and in other kinds of test scores, such as SATs, GREs, school achievement tests, and military enlistment tests. Hispanics also average lower in real-world accomplishments that correlate with test scores. Moreover, they have been underperforming for as far back as records go, with little evidence of much change. That’s why they’ve received affirmative action for over four decades.

“The social sciences are supposed to help us make better decisions about the future, not to slather us in schmaltz.”

Q. Why does IQ matter for immigration policy?
A. Because IQ correlates with lots of good things, such as paying more in taxes than you consume in welfare.

Similarly, both Canada and Australia have immigration policies designed to make life better for current citizens by selecting the smartest, hardest-working applicants (much like American colleges do). Not surprisingly, the children of their immigrants score higher on the international PISA test than do the children of natives. As Richwine notoriously noted, this isn’t true for America, although it easily could be.

Q. Who cares about test scores besides the Ivy League?
A. The military. A disproportionate number of Hispanics don’t qualify to enlist. A 2009 RAND Corporation report for National Defense Research Institute, Military Enlistment of Hispanic Youth: Obstacles and Opportunities found that “Hispanics are underrepresented among military recruits.”

A major reason for this is that to get into the military these days, you have to score on the Pentagon’s entrance exam (the AFQT) at least at the 31st percentile (what the Pentagon calls Category IIIB). RAND reported:

Q. Is the AFQT an IQ test?
A. It resembles the SAT more than does a culture-free IQ test such as the otherworldly Raven’s Progressive Matrices. That’s because the military has no use for recruits who are naturally bright but who don’t speak English or are illiterate. But performance on the AFQT correlates very strongly with standard IQ tests; so military psychometricians consider the AFQT scores to be virtually synonymous with IQ scores.

Q. Why are IQ tests evil, while the school achievement tests mandated by the Bush-Kennedy No Child Left Behind Act are good?
A. Spin. In terms of who scores well on them, there’s not much difference. Most tests, no matter what their purpose, correlate surprisingly well. As Johns Hopkins sociologist Robert Gordon has said, life is an IQ test.

Q. Are IQ tests biased against Hispanics?
A. Probably a little less than these more socially acceptable tests.

On the other hand, we don’t see much of the pattern among Hispanics that is very clear among Asians: higher math than verbal scores.

In one sense, IQ tests have been very good for Hispanic immigrants. Hispanics tend to do better on IQ tests than they do in school, probably because they tend to come from cultures that are apathetic about education. Hispanics average higher than African Americans on IQ tests, yet they have been less ambitious about getting higher education, with higher high-school dropout rates than blacks. IQ testing has repeatedly demonstrated that Mexican Americans should get more serious about education, which is a valuable lesson.

Q. Does the rank order of how groups perform on cognitive tests ever change?
A. Sure. When I first got interested in the social sciences in 1972, the usual rank order of cognitive performance was Oriental, then Caucasian, Chicano, and black. Now, it’s Asian, then white, Latino, and African-American. So everything is different.