Freud Slips Into the Void 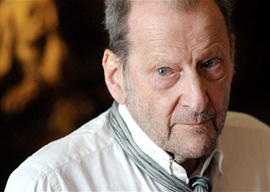 I’ve had a longstanding instinctive loathing of those who perpetrate gimmick art, a genre of which Lucian Freud was a master. His art was as sordid as his person, reflecting his loathing of human nature in general and women in particular. In the modern age, we are surrounded by manmade ugliness. And artists, who used to devote their effort to idealizing the human form, to recording nature’s charms and bringing order and beauty into our lives, are no longer interested in these tasks. Freud, like Picasso, found his niche in the human body’s ugliness and the horrors of age.

The great Paul Johnson once wrote:

Sensitive and sophisticated people, who love art and defend civilisation, now greet each other with the following exchange: ‘Death to Picasso!’ ‘And long live John Singer Sargent!’

“Lucian Freud’s life was as awful as his art.”

Lucian Freud’s life was as awful as his art. He loathed his brother Clement and sent him a vicious telegram when the younger Freud lost his seat in Parliament in 1987. He claimed to have loathed the Germans, but when he had an opportunity to serve the country that had taken him in at age ten, he refused to volunteer for military service against the Nazis and managed to also avoid the draft. He spent six years having a very good time at various race courses while others did the dying.

In person, Freud was as unpleasant as they come, worshipped by professional gays such as John Richardson and bootlickers of that ilk. He fathered many children and was beastly to most of them, but that is not my point. His various ugly women and children are not my concern. His art is. It’s ugly and it’s bad, as he used much too much paint to cover his lack of talent—although, unlike most of his contemporaries, Freud knew how to draw. The hucksters who control the art world pushed his ghastly works to unheard-of amounts, and the hacks who write about the art world decided he was England’s greatest living painter. Well, no more. The grotesque person whose name was Lucian Freud has done us the favor and left this world, although he left it much too late—88 years too late, to be exact. I hope one day his awful art and even uglier subjects disappear in the sinkhole where they deserve to lie in repose for the ages.