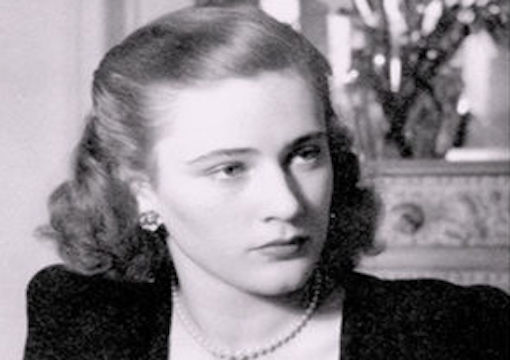 When indolence becomes intolerable, remembrances of things past become a lifesaver. Charles Moore’s recent Spectator notes also helped; for example, his stories about the 94-year-old Lady Penn, who is the Queen of England’s closest childhood friend. It must be at least thirty years or so ago, but it had slipped my mind because at the time I had been under the influence and without sleep. Then about twenty years ago, in New York, the designer Carolina Herrera rang me to invite me to a dinner for Prue Penn, who was staying with her and her husband. When introduced to Lady Penn, she laughingly told me that we had met before when “you tried to pick me up at 10 in the morning in a petrol station on the M4.” My host looked shocked, but Prue went on to say that I had been very funny and charming, dead drunk but all spruced up, and had invited her to Badminton House for lunch, and as a kicker had also proposed introducing her to the King of Greece.

Certain words or images can jolt one’s memory, and the mention of the petrol station brought some of it back. I was on my way to the ducal house of Badminton for lunch, after one of those unfortunate nights of old, and had noticed an attractive lady stopping for gas. I think or perhaps imagine she had a green or light blue scarf. The rest is a blur, including the name-drop of my King. And that’s it. Lady Penn thought it very amusing despite the fact she did not take up my offer.

And then there’s Hylton Murray-Philipson, and his wonderful recovery from the virus that was reported in the British press. I’ve never met Hylton, but I had been sweet on his sister Cornelia. Speaking to him on the telephone with her some 35 years ago, he told us a story about a Syrian-born ex–belly dancer, Patricia Kluge, who had married one of America’s richest men, John Kluge, and while ringing Hylton from Virginia had announced that their shooting party had killed five boars. “Gosh, I hope no one we know,” answered Hylton. She didn’t get it. The lady married Virginia’s African-American governor Wilder after Kluge divorced her.

“Once the memory gets off the pot, all sorts of goodies suddenly appear.”

Once the memory gets off the pot, all sorts of goodies suddenly appear. My great friend Timmy Hanbury had introduced me to Cornelia soon after he had commandeered an enormous bus idling in front of Annabel’s full of Japanese tourists. (The driver had gone out to the middle of Berkeley Square to relieve himself.) Timmy drove around for a while, then ran out of room in a mews, abandoned the bus while the tourists screamed for help, and returned to the bar. When the fuzz arrived, Sidney the barman vouched that “Mister ’anbury ’ad never left the club.” The cops were certain they had their man, and they knew Sidney was covering up, but such are the joys of people who worked for Mark Birley. (Timmy had to offer a silver cup in return, presented every year to the winner of the once-around-the-square race held at exactly 4.a.m.)

On Timmy’s 40th birthday, his wife Emma had invited all his friends and organized a grand surprise party in their French village in Normandy. No one likes to turn 40, so Timmy, unaware of what was in store for him and feeling a bit down, downed a drink or two rather early in the day. I had driven over from London with Oliver Gilmour, and when we ran into Timmy in town he was genuinely surprised and happy to see us. No one mentioned a word about the party or his birthday. He then ran into more friends, and still the penny didn’t drop. It became ridiculous when he encountered his best friend Harry, now the Duke of Beaufort, and still he thought it a coincidence. When he finally got home he told Emma how he had run into all these close friends by chance. She got on her knees and thanked the Almighty for the invention of booze. The party turned out to be a memorable one.

I suppose the only good thing about being old is that one is never in need of inventing stories. I recently tried to think which was the best ball I ever attended, and I wrote down about ten very grand ones, all of them during the ’50s and ’60s and most of them in France and Italy. They came down to two, one in Rome, the other in Paris: the Ruspoli ball in the Palazzo Ruspoli during the 1960 Olympics, and the Rochambeau ball in Paris in 1963. Dado Ruspoli was a very good-looking Roman prince who married many times and was a very bad boy but a very good friend and very well-read and poetic. His palace was out of this world and his guests were as beautiful as the eternal city. No ugly fashion people, no dumb celebrities, just youth and great looks.

Sheila Rochambeau’s fortune was from the Midwest, and the title was a French one celebrated in America because an ancestor had fought alongside Lafayette against you-know-who. Her ball in her château was like the Ruspoli one—all friends, all young, no publicity hounds, celebrities, or Hollywood types among them. I think I danced with Ginger Rogers that night. She wanted to know about tennis. And now for some good news: The only silver lining among the Chinese virus mayhem is that the ghastly Anna Wintour Met Ball for freak fashion maggots has been canceled. Wintour will never catch the virus. Corona finds her too appalling to go near.