From Boring to Baffling 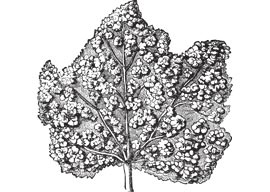 The Japanese company Nikkei has bought the Financial Times, and I wish them well of it. There can be few duller publications in the world, in whose pages, unless one is interested in share prices and the like, one seeks in vain for an item of interest, let alone illumination. I sometimes read it to help me get to sleep when it is handed out free on planes, and very occasionally I buy it and walk down the streets of my small town in England with it under my arm in order to give the misleading appearance to my fellow townsmen of mental and material substance. But, in fact, the FT is earnest rather than serious. The only frivolity it permits itself is its Saturday glossy supplement, How to Spend It (a title of quite outstanding vulgarity), which consists mainly of advising financiers on how to dispose of their surplus millions”that is to say their misappropriations of shareholders” funds”on expensive trifles.

Nikkei has not bought the FT‘s sister publication, The Economist, which, however, is also for sale. When I was living in a very remote part of the world I used to read The Economist from cover to cover, though it arrived two months late (communications in those days were not yet instantaneous). It made me feel that I was well-informed, if only in retrospect, despite my isolation. It was my window on the world.

“It is the saving grace of every such magazine that no one remembers what he read in it the week before.”

Even then, though, I thought that it was dull and self-congratulatory, characterizing itself as of “the extreme centre.” I noticed that its reports at the front did not always coincide with the economic data at the back and that its prognostications were frequently belied by events”as, of course, most people’s prognostications are. Nevertheless, it managed to convey the impression that the disparities, insofar as they acknowledged them at all, were the fault of the events rather than of The Economist, and that the world had a duty to be as The Economist said it was and as it would be. The anonymity of the articles was intended to create the illusion that the magazine spoke from nothing so vulgar as a perspective, but rather from some Olympian height from which only the whole truth and nothing but the truth could be descried. It is the saving grace of every such magazine that no one remembers what he read in it the week before. Only by the amnesia of its readers can a magazine retain its reputation for perspicacity.

I found its style dull, too. How was it that correspondents from Lima to Limassol, from Cairo to Kathmandu, wrote in precisely the same fashion, as if everything that happened everywhere was fundamentally the same? Walter Bagehot, son-in-law of the founder of The Economist and its most famous editor, was a brilliant prose stylist and a wonderfully witty literary critic, among many other things; but The Economist has long been about as amusing as a speech by David Cameron. Its prose was the literary equivalent of IKEA furniture, prefabricated according to a manual of style; it tried to combine accessibility with judiciousness and arrived only at portentousness.

Who now reads it, and what for? I suppose there is a type of functionary who does not want to be caught out in ignorance of the latest political developments in Phnom Penh, or the supposed reasons for the latest uprising in Ouagadougou. The Economist is intellectual seriousness for middle management and MBAs. To be seen with it is a sign of belonging to, and of identifying with, a certain caste.

But at least it is comprehensible”even, in its way, lucid. Publications for academic intellectuals are far worse. Here, prestige is conferred by impenetrability, where truth and knowledge are kept as secret gardens that would be defiled by the presence of the uninitiated. I take as my text a couple of passages from a journal of criminology to which I briefly subscribed from curiosity as to how far academics, paid from public money, could go in polysyllabic incomprehensibility about subject matter that was, in essence, describable in simple or plain language: