From Brexit to Breakdown 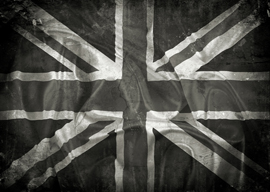 The United Kingdom isn”t as old as most people seem to think it is. In its present form it won”t reach its centenary till 2022″assuming it gets there. It was created gradually. England annexed Wales in the Middle Ages and formally made it part of England in Henry VIII’s reign. England and Scotland were linked when James VI of Scotland became King of England in 1603, but though he called himself King of Great Britain”and was described as such in the dedication to the Authorised (1611) Version of the Bible”England and Scotland remained independent sovereign states that happened to share a monarch. In 1707 the Treaty of Union created the Kingdom of Great Britain with a single Parliament in London. Ireland was joined to the United Kingdom by an Act of Union in 1801 (a few years after the creation of the United States of America). Twenty-six of the 32 counties of Ireland seceded in 1922 to form the Irish Free State (now the Republic of Ireland). So Queen Elizabeth is now Queen of the United Kingdom of Great Britain and Northern Ireland.

These are facts”if one is still permitted to use the word.

“The harder the Brexit, the cleaner and more complete the break with the E.U., the more likely the disintegration of the U.K.”

Not everyone agrees. Writing in The Times (March 7), the distinguished journalist Melanie Phillips presented a different version of history. “Britain,” she declared, “is an authentic unitary nation. It didn”t begin with the union with Scotland but as the British Isles, an island nation defending itself (or not) against invaders from across the seas. Throughout its history it was beset by attempts at secession by tribes across Hadrian’s Wall or across the Irish Sea.”

These are not facts, but bunkum. If one is charitable one might call it the Arthurian version of history, which has the British hero resisting the Saxon invaders (who were or became, as it happens, the English). The name Britannia, by which the Romans knew the country, is admittedly older than either England or Scotland, but there was never a state known as Britannia.

The future of the United Kingdom of Great Britain and Northern Ireland now looks decidedly dicey. It has been so for some time, of course. In September 2014 a referendum on Scottish independence resulted in a victory for the union by almost ten points (55 to 45). That was twice as big a margin as the vote for Brexit, but it hasn”t settled the question. It hasn”t done so partly because Scotland voted to remain in the European Union (62 to 38). So, by a narrower margin, did Northern Ireland. Yet the U.K. government now holds these majorities in favor of the E.U. to be of no account. Brexit is held to be the expression of the will of the British people, though it is actually the will of the English and, rather surprisingly, the Welsh.

Only one party campaigned unequivocally for Brexit: UKIP, the United Kingdom Independence Party. It has next to no support in Scotland, where it is regarded”I think correctly”as an English nationalist party. The Conservative and Labour leaderships campaigned, with different degrees of enthusiasm, for the U.K. to remain in the E.U. Both have accepted the result of the referendum, the Conservatives with evident enthusiasm, having shed their leader, David Cameron. Theresa May, his successor as prime minister, has turned her coat and reinvented herself as a keen Brexiteer, apparently ready to contemplate a hard Brexit”no membership of the E.U. Single Market or the customs union. Many Scottish unionists deplore this about-turn. In any case the Conservatives have long been a minority party in Scotland; they won only one Scottish seat in the 2015 general election.

Discontent with Brexit and with the tone of Mrs. May’s government hasn”t”yet”translated itself into greater support for Scottish independence. This is partly because of dissatisfaction with the domestic performance of the devolved (SNP) government of Scotland, partly because, since the collapse of the oil price, the economic prospects for an independent Scotland look bleaker than they did in 2014. But the experience of an aggressively nationalist English Tory government may well change this over the next couple of years. My guess”and it can only be a guess”is that in a second Scottish referendum the campaign would see an upsurge of enthusiasm for independence, and damn the consequences. Many would find the risk worth taking when the alternative is prolonged rule from Westminster by an English Tory government.