From Coleen Rooney to Kenmare Resources – It’s a Buy! 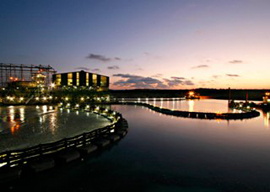 It is not often that I see Gimlet floored but this morning was one of those occasions. He had been trawling through the newspapers, tut tutting about the Pope’s visit to England and murmuring approval at the government’s radical multi-billion pound fund for financing the “Greening” of small businesses. This is part of an energy efficiency scheme under which small and medium size businesses will receive loans to replace their old energy hungry equipment with the cash repaid from savings made from their energy bills. Suddenly I noticed that Gimlet had gone silent and had developed that furrow in his brow which indicates bamboozlement. Finally he folded the paper and handed it to me.

“Who on earth is Colette Rooney?” he asked, “everywhere I look I come across the woman’s name. I thought she was a novelist.”

I looked at the headline he was referring to. He clearly hadn”t read what came after.

“Am I supposed to have heard of her?” said Gimlet, “has she made some important discovery, a cure for Alzheimer’s perhaps?”

I told him that she had discovered her husband with a prostitute.

For a moment it occurred to me that this might be Gimlets bone dry sense of humour at work but I quickly realized it wasn”t.

I explained that Coleen was the wife of a man called Wayne Rooney who played football for Manchester United. He gave me a sort of goggle-eyed look.

“Has the world gone completely mad,” he exclaimed, “wherever I look, whatever I listen to, there are these Rooney people. Now you tell me he plays football. It seems hardly credible.”

The fact is that the Rooneys are headline news in England because people like the Rooneys are the heroes of today. In days gone by aspiring young sportsmen and women achieved greatness by reaching the top in their field. They were paid very little but considered representing their country as sufficient reward. These were inspirational role models who led by example and conducted themselves as sporting champions should. Today most sportsmen are paid a fortune. They develop huge egos which their limited brains aren”t able to cope with and that’s when the trouble begins. Once you believe you can walk on water, you are closer to drowning. Cricketers are an exception” they tumble for different reasons; temptation, corruption and threat but for many the allure of sly girls in short dresses often proves too much to resist. Spotting a photograph of the Rooneys on the opposite page, I pointed it out to Gimlet.

I said I thought they were in the art market. Gimlet corrected me: the Moma that Kenmare own is an ilmenite mine on the north east coast of Mozambique.

I said that I hadn”t and asked him the reason for the question.

“Just wondered,” he said, “I have been studying a company called Kenmare Resources. They own the Moma project and I strongly recommend them as a Buy.”

I said I thought thought they were in the art market.

“Touche,” said Gimlet, “the Moma that Kenmare own is an ilmenite mine on the north east coast of Mozambique, not to be confused with the Museum of Modern Art on 53rd street in Manhattan!”