From “Never Again” to “Enough is Enough” 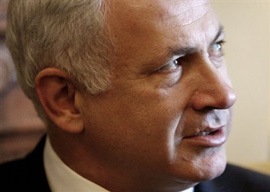 I’ve often written about Israel, and not always in a flattering light. After president Rabin was assassinated (his wife once told me that she preferred Arafat to Netanyahu any day), I lost all hope that reason, wisdom, and humanity might prevail in the Holy Land. Partly, I keep returning to a subject that does not exactly endear me among Jewish friends because Israel’s mistreatment of the Palestinians offends my sense of justice. People often warn me to lay off. “Don’t get involved, it’s the last thing you need,” they say. I have a pat answer: “A Palestinian mother who loses a husband or a child to a bullet cries as bitterly as a Jewish one.” And a small reminder: “The Palestinians never put a Jew in a camp—the Germans did—so why take it out on the former?

Yet after each column I’ve written about Israel, the feedback is mostly, “You’re an anti-Semite, and we expect nothing less of you.” Well, get your red-inked “anti-Semite” rubber stamps ready for this article, because here we go again. Taking account of their history, it is mind-blowing to me that the Israelis have allowed themselves to become the systematic oppressors of another people. Far before 1948, Jewish armed gangs had begun chasing Arabs out of places they had lived in since time immemorial. Because of the Holocaust, people turned a blind eye. We all know the rest. Under Jordanian leadership the Palestinians permanently lost their lands after the wars of 1948, 1956, and 1967. Only Egypt managed to get the Sinai back after a so-so performance in 1973’s Yom Kippur War.

“The problem is that Israel is no longer the secular state it once was.”

Through it all, Arab leaders couldn’t be bothered to lift a finger to help the dispossessed. Keeping them in squalid camps served a political purpose, so to hell with them. I visited those camps back in the 60s; such places are still bursting at the seams today. My mentor was Glubb Pasha’s son, a young Englishman who pointed out the terrible inequities Israel was imposing on a people who had always lived in peace with Jews before the big boys got involved.

Arguing that security concerns can justify Israel’s expanding illegal settlements has always been a bad joke, a transparent euphemism for ethnic cleansing. Just as the Jewish state declared “never again” upon its creation, so are decent, freedom-loving people worldwide saying “enough is enough.” That includes close to half the Israeli population who don’t support being oppressors.