From Orwell to Gladwell and Back 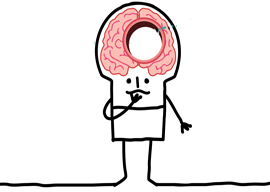 Similarly, race riots with arson and looting have been redefined as “protests.” For example, The Washington Post sniffed this week:

Donald Trump said Monday that “race riots” are happening every month amid deep divisions across the country, apparently referring to protests that have erupted in response to police violence against minorities.

You may have watched on video Black Lives Matter rioting in Charlotte in September and in Milwaukee in August (“We need our weaves!“). But, you see, those weren”t, technically, riots. They were just violent protests against violence.

Orwell endorsed the Sapir-Whorf hypothesis that the structures of language determine what can be readily thought. Sapir-Whorf has been subject to numerous learned objections that befuddle 1984‘s central point that there’s a practical psychological reason why social justice warriors engage in so much language policing: The world is complicated, and language is a tool for understanding it. While it’s not impossible to think clearly without a sharp vocabulary, it’s definitely harder. And that’s the essential goal of SJWs: to muddle your minds.

Other maneuvers include the big information monopolies putting a thumb on the scale of public opinion via sneaky practices such as shadow banning (which apparently happened to Dilbert author Scott Adams over the weekend) and rigging autocompletes to suggest some topics and avoid others.

Generally, these micro-distortions come and go, leaving their victims wondering if they were just imagining their persecution.

For example, way back in January 2010, I pointed out that Google was absolutely refusing to suggest “Pat Buchanan” as the prompt when you typed into the search box “Pat Bu.”

Today, though, Google does. But it has never offered an apology or an admission of whatever the giant monopoly was attempting to accomplish with this petty gaslighting, nor any indication of how widespread the practice is.

Most important, in an age of abundant information, the master templates for understanding the world determine which of the myriad facts will register in the mind and which will be ignored as unwanted randomness not fitting the pattern.

The narrative is the set of assumptions the press believes in, possibly without even knowing that it believes in them. It’s so powerful because it’s unconscious. It’s not like they get together every morning and decide “These are the lies we tell today.” No, that would be too crude and honest. Rather, it’s a set of casual, nonrigorous assumptions about a reality they”ve never really experienced that’s arranged in such a way as to reinforce their best and most ideal presumptions about themselves and their importance to the system and the way they have chosen to live their lives.

For instance, consider the question of why blacks tend to get shot by the cops more than Asians do. The simplest, most Occamite answer is: for the same reason blacks get shot by other blacks so much”on average, African-Americans are more violent than Asian-Americans.

The overwhelming abundance of social-science data supports that view. But that’s definitely not part of the narrative. Instead, as Hillary instructs us, we must subscribe to fashionable conspiracy theories of “implicit bias” and “systemic racism.”

Hillary, in effect, is running for president on a dumbed-down version of Malcolm Gladwell’s 2005 best-seller Blink: The Power of Thinking Without Thinking, which advised going with your gut reactions, except when they are factually wrong or politically incorrect.

As Hunter might point out, these are the unconscious assumptions that serve to make the media feel better about themselves.

But, of course, the Gladwellian implicit-bias theory of not thinking is really just a pseudoscience elaboration for what is at its core an Orwellian Two Minutes Hate of straight white men. Hate is the KKKrazy Glue that holds together Hillary’s coalition of the fringes.