From Patriots to Expatriates 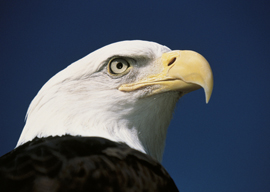 Immigrants in the early 20th century celebrated US citizenship. The threat of illness, death, and separation from their wives and children failed to deter these Europeans who fled their home countries for the promise of a better future.

To them, the United States was a safe, free haven distant from the brutal tyrants and collectivist academics across the Atlantic. My ancestors knew that Ellis Island was the beginning of everything they”d ever wanted. Angelo LaSorsa put one foot on the ground and realized immediately that he had, as H. L. Mencken was to put it, “won a small precarious territory from the great mob of his inferiors.” And he flourished. He saw New York as innocent ground, not yet soiled by the likes of Wilson and the latter Roosevelt.

Unfortunately the Statue of Liberty’s invitation”its call for “your tired, your poor, your huddled masses””transformed into a national pastime. The tired remained in bed. The poor stayed in poverty. The huddled masses continued huddling. And the country deteriorated. The population forgot its past. It began to believe that this newfound freedom was merely an idle state to be enjoyed instead of something to be vigilantly defended.

“Nothing is so frustrating as being grouped together with a bunch of bumbling fools who insist you”re all brethren.”

Laziness turned into a symptom, and welfare was the government’s solution. It was assumed that the wealthy businessman’s earnings could mitigate stagnation’s effects, which it did for a while. But enough time passed. Enough heads took a good look around.

The elites are finally admitting this country ain”t what it used to be.

Singer-songwriter Denise Rich ruffled the government’s feathers Monday when news outlets noticed she”d renounced her US citizenship months earlier in an apparent move to evade taxation on her hefty estate. Rich’s spokeswoman insists the relocation is about wanting to live near her family in Austria. The fact that she plans to reside in London even though her new citizenship is in Austria”which conveniently offers tax breaks to citizens who spend half the year abroad”says otherwise.

Good riddance to the entire situation. A famous Democrat is leaving the country, which leaves the government with less tax revenue. I couldn”t be happier from a philosophical standpoint. But now we have one less successful person doing their thing in the economy.

Eduardo Saverin is the most notable tax expatriate this year. The Facebook cofounder renounced his US citizenship after learning that his earnings on the company’s IPO would be taxed upwards of $67 million. Since Singapore has no capital gains tax, Saverin moved. Now he gets to keep everything he earned. Saverin now seems interested only in Brazilian start-ups looking to get involved in the Asian market, so American companies can forget about any extra investment opportunities his wealth would have provided to them.