From Taboo to Common Sense 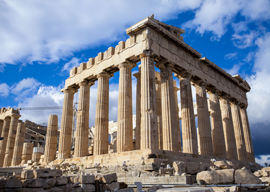 I”m sometimes accused of having created a vast secret corpus of sinister ideas that I keep carefully hidden away from the millions of words I”ve published.

I”ve always wondered: When exactly would I have had the time to do this? And do I really seem like the kind of writer who would cunningly keep his best ideas unexpressed, especially when there is a big “Publish” button staring me in the face and all I have to do is click on it?

On the other hand, what about the giants of the past who had the brainpower to pull off something as complicated as this? The political scholar Leo Strauss (1899-1973) and many of his neoconservative acolytes have long argued that greats such as Plato and Aristotle had both inoffensive doctrines for the public and “esoteric” teachings for their inner circles.

Straussianism was all the rage a decade ago, when the neoconservatives were flying high and feeling their oats. For example, back in 2003 at the peak of neocon self-regard before their war in Iraq went so definitively wrong, William Kristol and Steven Lenzner trumpeted in The Public Interest

Strauss set himself a remarkable task: the revival of Western reading, and therefore, of philosophizing. Strauss claimed that he had rediscovered a forgotten kind of writing, and that for almost two centuries the proper manner of reading the greatest works of the past had apparently disappeared. If Strauss in fact rediscovered the art of writing, then he made possible the revival of Western letters. If Strauss’s work is sound, he made it possible for us today to appreciate great books in the spirit and manner in which they were written. And the almost universal vehemence with which his rediscovery was initially denounced and ridiculed by the scholarly world demonstrated just how completely this art had been lost.

And if this art of talking out of both sides of your mouth was good enough for Plato and Aristotle … Strauss’s secret decoder ring technique thus encouraged “the wise” (the neocons) to guide “the gentlemen” (well-born gentiles of sound instinct but very little brain, such as George W. Bush) in manipulating “the vulgar” (you and me) into foreign policy adventures whose underlying purposes could not be presently disclosed.

“While we proclaim our faith in democracy, the condemnation of Socrates by the Athenian democracy was almost universally seen by subsequent philosophers as proving democracy’s malignancy.”

We haven”t heard much about Straussianism lately due to the unfortunate series of events in Iraq that befell the best-laid plans of the sages. But that doesn”t mean that Strauss was necessarily wrong about the ancients. And that has interesting implications for how we should read current works.

As the approaching 20th anniversary of the publication of The Bell Curve reminds us, the best minds of our age have reasons for being less than wholly frank.

For example, about a year ago, a distinguished psychologist approached me with his plan for a scientific meeting of researchers and journalists on IQ, heredity, and race in his home city, one of the great capitals of the Western world. I cautioned him that the last such meeting there had been broken up by leftist thugs with the apparent approval of the police. He decided to make all the arrangements in secret, and was thus able to carry off his plan without his colleagues being beaten for their heresies.

A new book”Philosophy Between the Lines: The Lost History of Esoteric Writing, by Michigan State political scientist Arthur Melzer”vindicates the Straussian view that:

Philosophical esotericism”the practice of communicating one’s unorthodox thoughts “between the lines””was a common practice until the end of the eighteenth century.

Melzer has assembled a 75-page PDF of the scholars of the past, attesting to the apparently common knowledge that previous philosophers had been less than frank in their public statements. For example, Samuel Johnson’s famous Dictionary of 1755 defined:

ESOTERICK adj. [Lat. esotericus, inward] Secret; mysterious. A term applied to the double doctrine of the ancient philosophers; the publick, or exoterick; the secret, or esoteric. The first was that which they openly professed and taught to the world; the latter was confined to a small number of chosen disciples.

Melzer is not interested in the more colorful forms of esoteric knowledge, such as alchemy, kabbalah, Rosicrucianism, the hollow earth, and the other New Age nonsense that forms the matter of Umberto Eco’s wonderful Foucault’s Pendulum and Dan Brown’s excruciating The Da Vinci Code.

This is true even though the greatest scientist of the modern world, Sir Isaac Newton, was also a fanatical New Ager who would have been a hit in 1970s Topanga Canyon. In the 1930s, economist John Maynard Keynes bought a trunk of papers handwritten by his intellectual hero, only to discover that there had been a cover-up going on for a quarter of a millennium of Newton’s anti-Enlightenment side: his obsession with alchemy, numerology, Bible codes, and other guff more appealing to a medieval rabbi than to a secular saint like Newton was supposed to be.

Moreover, Newton treated his scientific findings much like he did his esoteric research: as his private treasure. He had most of his law of gravity worked out for a couple of decades without seeing reason to publish it. And he didn”t bother telling anybody that he had invented calculus until Leibniz came up with it too.

A century and a half later, Charles Darwin sat on his theory of natural selection for at least 15 years, until Alfred Russel Wallace stumbled upon the same idea. The most important book about evolution before The Origin of Species, Robert Chambers“ Vestiges of the Natural History of Creation, was published anonymously in 1844.

Chambers was in little legal danger in the 1840s and Darwin in virtually none in the 1850s, but both had prudent career reasons for hesitating to attach their names to evolutionary theories. Similarly, in the early 21st century, Harvard political scientist Robert D. Putnam covered up the disturbing findings of his massive survey into the effects of diversity for five years as he tried to dream up a more palatable way to spin them.

Instead, Melzer focuses chronologically upon philosophers, explaining that previous philosophers hadn”t been wholly forthcoming with the public. He even has a number of quotes in which the seers themselves claim to have been obscure on purpose, although it’s difficult to tell whether they are being candid about their lack of candor or are rationalizing the failures of their prose styles.

The philosophers justified the double doctrine by arguing that truths should be kept away from the rabble incapable of understanding them with the proper philosophic frame of mind. Further, obscurity provided worthy students with valuable mental exercise.

It is only from later sources”Plutarch, Cicero and others”that we first hear what has been broadly accepted ever since (including by contemporary scholars), that Aristotle’s corpus was divided into two broad categories of writings: a set of earlier, popular works, addressed to a wide audience (the now-lost dialogues and perhaps some other writings) and the more exacting, strictly philosophical works, addressed to the Lyceum’s inner circle, which includes virtually all the works we now possess.

This passage, however, explains why Philosophy Between the Lines is less than a bombshell. The Straussians haven”t uncovered a Dan Brown-like trove of secret writings by the greats. Instead, most of what has come down to us is the esoteric itself, while the theorized faÃ§ade works have been lost to time and indifference. After all, before the invention of the printing press in the 1450s, most philosophy was preserved either by trained disciples of the inner circle or by rival philosophers who had excellent reading comprehension skills.