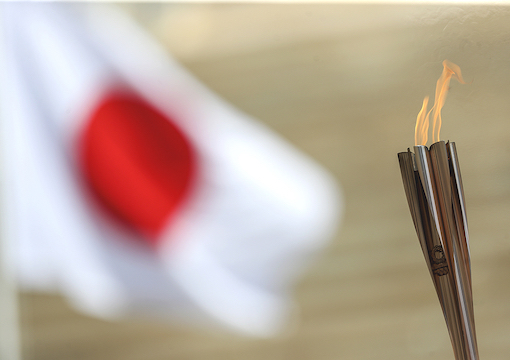 CORONIS—Embracing one’s vulnerability seems to have replaced the higher, faster, stronger emblem of the Olympics. The very frailty that makes us human seems to have won over the need to excel, or so the Games’ sponsors tell us. Not that I watched any of it. Not a single second, so help me you-know-who. I liked Sebastian Coe’s remark in last week’s Spectator about taking advice from Djokovic, who quit the mixed thus leaving his partner in the lurch. I’ve always liked and admired Coe and always mistrusted the Serb, but then I’m a small-timer where sport is concerned. One thing I’ve never done is quit, however, and I did compete on a high level in tennis, karate, even polo. Judo came later on, and I remember when I won the world championship in Brussels 2008 for the 70-year-olds and over, my coach told me just before the final, “You’re a bum fighting another bum, so if you lose, find your own way home, I don’t want to have anything to do with you.” Talk about putting pressure on the poor little Greek boy. But it worked, and to us old-timers it’s called tough love.

“The Olympics as a universal idea is now a crock, the Games having fallen from grace through their corruption and their commerciality.”

The Spartan mothers said something similar to their sons when they went off to war: “I tan I epi tas.” With it, or on it, meaning the shield. Today American female pundits would probably demand jail for such mothers, cowardice and solipsism having replaced courage and self-sacrifice. The Olympics as a universal idea is now a crock, the Games having fallen from grace through their corruption (only FIFA is worse) and their commerciality. Seventy-three percent of their revenue comes from broadcasting, and television is the priority. I’ve attended two Olympics: Rome in 1960, the best ever, and Athens in 2004. Symbols and gestures from athletes were rare back then. My spies tell me that back in the States, TV ads were stuffed with insufferable social justice messages concerning female and trans empowerment. Thank God I was in Coronis and listening to Bob Geldof’s wisdom rather than infomercials about the mental health of minority athletes. Once the Games were over, the mental-health bandwagon rolled on because it suits the sponsors. Quitting athletes makes it easier for the sponsors to protect their product. Take the cases of Naomi Osaka and Simone Biles. They’ve never been more popular, more worshipped, more talked-about as a result of throwing in the towel. As an American female pundit put it, “Black women backing out is powerful.” What utter crap.

Sir Bob Geldof the Wise says that these were virtual games. That athletes, like rock stars, cannot perform with the same intensity and passion in front of empty seats. Yet the Brits did it, as did the Chinese, Japanese, Italians, and Russians. The Americans were humbled in certain sports, and the women’s soccer team has proved itself the worst ambassador ever, being obnoxious, selfish, boorish, and unsportsmanlike. If a gold medal for using foul language existed, the American female athletes would have swept the field.

Never mind. Here in Coronis, Pugs Club is enjoying its annual meeting, with our host George Livanos, Sir Bob, Count Bismarck, Greek crown prince Pavlos, Edward Hutley, and poor little me. Our ladies are also here except for my wife, who prefers her dogs back in Gstaad to me. Our newly elected president is Prince Pavlos, and although we’ve let it rip at night, the country is burning down and this has put a damper on our partying. Man-made wildfires are a yearly plague around these parts, with Mounts Parnes and Penteli north of Athens and south in Laconia all ablaze. Is it the extreme heat, or is it anarchists trying to score points against law and order? A combination of both, I’d say, and it seems to be getting worse by the year.

When Geldof isn’t complaining about my non sequiturs he lectures us on all sorts of subjects, from the dying words of a rock star to his nurse (how about a wank?) to the brilliance of Sir Francis Drake, El Dragon to various South American and Caribbean tribes, and his exploits. It seems that Drake not only sailed down and around the Straits of Magellan and up past Vancouver in a tiny boat and fed his terrified crew some limes to keep them healthy—hence “limey” for Brits—but he also managed to lift the maps from the Dutch, brought Elizabeth her gold, and bottled up the Spanish Armada with the known results. In between lectures and insults, Professor Geldof dispenses wisdoms galore in the manner of John D. Rockefeller, who used to give ten-cent coins to anyone crossing his path. I wanted to discuss the Howe brothers, who lost the battles of Bunker Hill and Saratoga yet redeemed themselves later on, Richard Howe winning the greatest naval battle ever, the “Glorious First of June” in 1794. Just because I knew a little about it, Sir Bobsie changed the subject to the Irish potato famine. Next week I’m heading back to Switzerland and will write about the latest outrage against Greek King Constantine. An unsigned article in a supposedly conservative newspaper accuses the King of the very betrayals that were perpetrated against him. Fifty-five years later and lefty hacks still hack away at a very decent and patriotic monarch.