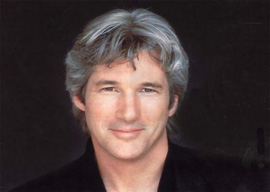 It’s not uncommon for me to get into discussions about celebrities that go something like this:

Him: Yeah, my buddy Al, who was a stuntman on a bunch of his early movies, told me.

Me: But isn’t he married to that supermodel?

Me: And don’t they have several kids who look just like him?

Him: Everybody in Hollywood knew he was gay way back when.

Me: And wasn’t his wife threatening to divorce him a couple of years ago because he was sleeping with his leading lady?

“Overall, how many famous male entertainers really are gay?”

Him: His publicist must have made it up.

Me: And didn’t his ex-wife sue him to get his child-support payments raised to $100,000 per month? And didn’t he almost ruin his career by insisting that his crazy Danish girlfriend be cast opposite him in all his movies? And didn’t he hire private eye Anthony Pellicano to wiretap those script girls who had filed paternity and sexual-harassment suits against him? And doesn’t he maintain a secret second family in Bakersfield?

Him: It’s all part of the act.

Me: And didn’t he buy that expensive golf course? Heck, I saw him hitting golf balls at the local driving range years ago while he was still on that TV show. How many gays play golf? And before you claim that golf is a devious façade, why would anybody devote thousands of hours playing golf just to bamboozle the world into thinking he’s straight when nobody except me has ever noticed that gay men almost never play golf? I mean, I once read up on everybody on Golf Digest’s lists of the 160 actors and singers who are the best golfers in the entertainment industry, and only one, 1950s great Johnny Mathis, is obviously homosexual. But who else does that? So all I’m saying is, this guy doesn’t sound gay.

Him: He’s gay as a French horn.