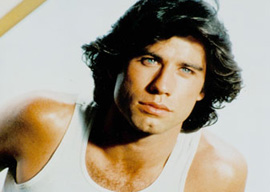 Why are there always rumors about male stars being gay?

Maybe they’re true. Screenwriter Joe Eszterhas (Basic Instinct) claimed in his amusing 2006 book The Devil’s Guide to Hollywood, “With the exception of Russell Crowe and Mel Gibson, there are few stars able to play supermacho parts today. Many of Hollywood’s top male movie stars are either bisexual or gay.” Conversely, some actors are so talented that they can expertly play, say, macho soldiers and bank robbers.

It’s likely that gay males are quite drawn to acting and other careers where part of the compensation is applause. The competition in acting is more backstage than in, say, sports, where gay men are highly underrepresented.

Of course, being gay could help open doors within the entertainment industry. Evaluating acting talent is inherently subjective, so personal bias can play a large role. Heck, being a Scientologist helps in Hollywood.

In contrast, sports tend to be more objective. Cam Newton, the NFL’s top draft choice this year, is a strong-armed 6’5”, 248-pound quarterback who can run past, around, or over most defenders. It probably wouldn’t help Newton’s football career to be a gay Scientologist.

We know that fairly few male professional athletes are homosexual because not many died of AIDS in the 1980s and 1990s. In contrast, AIDS confirmed stereotypes about dancers by killing Rudolf Nureyev, Alvin Ailey, Robert Joffrey, and Michael Bennett of A Chorus Line fame.

Yet AIDS’s impact on screen acting was surprisingly marginal: Hudson, Anthony Perkins, and then who? Maybe that guy who played the dad on The Brady Bunch. It’s not obvious from the AIDS records that a huge fraction of famous movie stars were lifelong homosexuals.

Or maybe lots of big stars are innately bisexual. Yet most of the social science evidence suggests that bisexuality is quite rare among men—rarer than homosexuality. Perhaps artists are more likely to be bisexual? I don’t know.