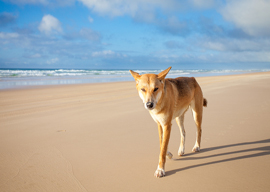 There are few hard-and-fast rules in politics, but here’s one that’s as set in stone as any you’ll find: Whenever leftists call for an “honest dialogue,” what they’re actually seeking is a purge. “Honest dialogue” is nothing more than a ruse to get people to expose themselves as opponents of the “social justice” agenda. It’s a way for leftists to discern the enemies in their midst. Think Michael Corleone holding court with his capos and asking, “Okay, let’s have an honest dialogue about who’s the spy for the Barzini family.”

The wise man keeps his mouth shut in such circumstances.

Australia recently had one of those “honest dialogue” moments. Last week, the Aussie government announced the result of the nation’s nonbinding vote on the issue of same-sex marriage. During the voting period, LGBT alphabet soupers, along with their friends and supporters in the media, waxed eloquent about how important it was for Australia to have an “open” and “honest” dialogue on the topic…even as antigay marriage activists were slammed as bigots, prevented from holding rallies, and vigorously protested when they found willing venues.

Gay-marriage proponents won the vote decisively, 61.6% to 38.4% (with 20% of Aussies declining to cast a ballot for either position). Naturally, not everyone was pleased with the results. But surely the gay-marriage advocates were gracious in victory, right? Surely, the victors extended an olive branch to those who came out on the losing end.

With victory secured, it was time for the purge. And the first guy to get strung up? Richard Wolstencroft. Who’s that, you ask? Richard Wolstencroft is an institution of sorts in the Aussie film scene. In 2000, he founded the Melbourne Underground Film Festival (known by its colorful acronym, MUFF) as a way of rebelling against what he saw as the Melbourne International Film Festival’s safe, commercial, unchallenging choices regarding the films it screens. Over the course of eighteen years, MUFF has given a litany of Aussie filmmakers their start, including James Wan (the Saw films, The Conjuring, Furious 7, and the upcoming Aquaman), Greg McLean (Wolf Creek 1 and 2), the Spierig Brothers (Undead, Daybreakers, Jigsaw), and Patrick Hughes (The Expendables 3). Without question, Wolstencroft has done his part to advance the Australian film industry, giving publicity to independent Aussie films that might otherwise never be seen and helping to elevate Australian filmmakers to the Hollywood big leagues.

“Is there an Australian term for irony? Perhaps ironidoo?”

But more than anything else, Wolstencroft loves to stir pots. He’s a free-speech absolutist who prides himself on giving a forum to films and filmmakers that other festivals ban. When Australia’s Office of Film and Literature Classification (such a formal name for a censorship board! The least they could do is give it an Australian-sounding moniker, like the Office of Film Censoridoo or Movie Suppressawollabong) decided to ban the homosexual-themed zombie film L.A. Zombie because of its depiction of gay sex and male nudity, Wolstencroft defied the law in order to screen it, an act that led to his home being raided by the kangaroo cops. No less than The New York Times hailed Wolstencroft’s fight against the censoring of L.A. Zombie. Wolstencroft even invited L.A. Zombie’s director—prominent and controversial gay Canadian filmmaker Bruce LaBruce—to appear at the festival, where he won the award for best foreign director.

Other controversial films accepted by Wolstencroft for screening at MUFF included Vaxxed (the anti-vaccination documentary that Robert De Niro scheduled and then pulled from the Tribeca Film Festival), The Red Pill (the movie in which “former feminist” filmmaker Cassie Jaye explored the “men’s rights movement”), and The Search for Truth in History (a documentary about British revisionist historian David Irving). Wolstencroft’s genius was that he was able to screen banned films alongside films that aren’t especially controversial. It was a skilled balancing act, and one that Wolstencroft executed superbly.

Until last week, when the champion of banned films got banned.

Richard Wolstencroft is a friend of mine. He’s appeared on my podcast, and I’ve appeared with him on other people’s podcasts. He’s a typical Aussie—gregarious, boisterous, and cheerful. No question, he’s “alt-right”-friendly, but his dedication to free speech and shit-stirring is such that he would in a millisecond defend and champion a left-of-center filmmaker, or a filmmaker of color, or a gay filmmaker (as he did with Bruce LaBruce), should they become the target of the thought police. He’s been able to survive being outspokenly pro-Trump, something that would kill the career of any U.S. film-festival organizer. Hell, for a while it seemed as though Richard Wolstencroft was as untouchable as a wallaby’s bum…until he decided to use his Facebook page to call unfair dinkum on the gay-marriage vote:

A Black day. The Decadence and Degeneracy of the Bourgeois Elite has been normalized and they will use this to destroy us. The Family and The Nation will be under direct attack. Homosexuality is created often through child abuse and it has been embraced by the Majority of Australians as normal. The Australian public really was fooled, bullied and cajoled in to this decision ruthlessly by the Government and Media Elite. I would also suspect some vote rigging from The Elite who wish to advance this abusive and destructive agenda. This is the beginning of the End of our Great Country. -unless we fight back. This is a horrible black day of infamy. The Gay Community have allowed their politics to be weaponized by the Globelists. A Tragedy.

Down under? Richard Wolstencroft was now six feet under. The dude’s career went the way of the thylacine. Filmmaker Arden Pryor, a doughy doppelgänger of Dr. Evil if he were a gay fat guy, screencapped Wolstencroft’s post and spread it far and wide. Within days, Wolstencroft became a pariah. On Pryor’s Facebook page, members of the Australian arts community declared their desire to destroy Wolstencroft, to “hunt” him, to “ban” him. Soon enough, the controversy reached the Aussie press. Sponsors and filmmakers threatened to withdraw from MUFF. It made no matter that Wolstencroft had stood by gay filmmakers when their work had been deemed offensive by Canberra. Wolstencroft was now deemed offensive by gays, and he had to go.

Wolstencroft apologized for his post. His detractors, led by Pryor, rejected the apology. He had to be destroyed; there was no other alternative. After all, this is the tolerant LGBT left. And what does tolerance mean if not intolerance? Pryor (who did not respond to my requests for comment) intensified the drumbeat. Those who initially defended Wolstencroft quickly changed course and denounced him, and Wolstencroft, his apologies rejected, resigned from MUFF.

Yay! A champion of free speech was silenced by the very people whose free speech he championed. Is there an Australian term for irony? Perhaps ironidoo?

A few days after Wolstencroft said goodbye to the film festival he had nurtured for almost two decades, I spoke with him about his situation. “Australia’s a very easygoing country,” he told me. “We’re very much a country that does not like things like political correctness, does not like this kind of witch-hunting thing that’s just happened against me. What happened was pretty extraordinary. I’ve said lots of crazy things on Facebook over the years, but the timing of this one was particularly bad, because it was the day the yes vote won. I take that on board. I try to take on legitimate criticism when it comes my way, and yes, maybe that’s not the smartest thing to have posted on that day.”