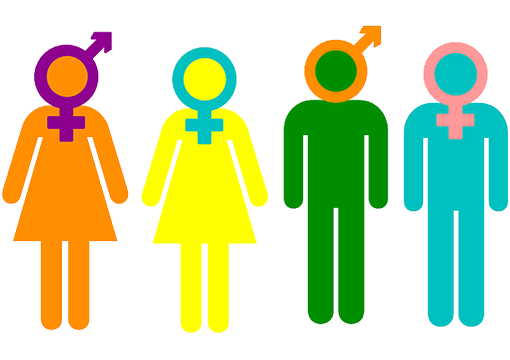 I was born in 1961, so I know the stark differences between the old taboos and the new ones. And having watched the changes occur in slow motion, I realize that new taboos often sprout into existence as a form of revenge against the crumbling elites who dictated the old taboos. And I distinctly remember that back then, the idea of a man wanting to become a woman was a societal abomination beyond all others. Neither lynching nor mass murder nor Hitler nor Stalin nor heroin addiction nor devil worship nor curse words nor interracial sex nor hardcore pornography nor even basic bus-station-bathroom faggotry was considered more earth-shatteringly awful, more of a blasphemy against the very order of nature, than the case of Christine Jorgensen, an American guy who became world-famous for embarking on a series of sex-change operations in 1952. And Ed Wood, Jr.’s 1953 trash classic Glen or Glenda? depicted mere transvestitism as such a crime against nature that it caused thunder and dragged Bela Lugosi out of retirement.

But when was the last time you heard someone referred to as a transvestite? Or a crossdresser? Or even a drag queen? Such terms have been swept aside in favor of “trans man” and “trans woman,” which sound like robots from a future I want no part of. The very idea that men pretend they’re women and vice-versa has been eliminated. I believe this is by design. It has everything to do with a power grab and nothing to do with reality.

I haven’t seen official stats, but I would estimate that in the year 2010, perhaps five percent of people believed that male drag queens actually “were” women. But a mere decade later, you face grave consequences for merely questioning whether they’re women. You will have to publicly proclaim that they’re women, and you will be punished—publicly—if you don’t. You will be shamed in the same way they used to shame queers—and more likely than not, it will be a queer who’s shaming you. Or a gaggle of queers, just to load up on the shame.

Now, in 2020, “transphobia” is greeted with nearly the amount of horror that simple transvestites were back in the early 1950s. Being accused of transphobia can ruin your career just as being accused of slipping into an angora sweater and high heels after you take off your business suit could’ve wrecked you in the early 1950s. As with so much of what leftism has “accomplished” in the culture wars, it’s merely a form of morality inversion. What was once sacred is now profane, and ditto for the reverse. The trannies used to be the criminals; now it’s the transphobes.

“A tiny angry minority of sexual misfits has gaslit the world in a breathtakingly short period of time.”

Do we really think the entire world suddenly changed their mind about this in the last ten years, or was it one of the most coordinated coercive brainwashing projects ever? You have a dedicated group of sexual weirdos determined to radically alter a society not for the society’s benefit, but for spite. The aim actually seems to be to PUNISH the society not only for all that childhood bullying, but for refusing to acknowledge their utter fabulousness in the present day and age.

A tiny angry minority of sexual misfits has gaslit the world in a breathtakingly short period of time. It’s truly a case of the freaks having grabbed the steering wheel. They’ve stretched reality to the point where it’s snapped like a rubber band. In their endless hatred for reality, they’ve fashioned a new world where men have babies and need tampons. Where women have penises and five o’clock shadows. Where men who claim they’re women demand the right to have their balls waxed. A world where he is she and she is he and they are all transitioning into walruses.

It’s a world where men, constantly demonized for being men, have been frightened away from acting manly. It’s where the new definition of “being a good man” means “being bad at being a man.” So all these sad men struggle comically to figure out how they can be men without getting attacked for being men. These men are so lost and hapless that they form support groups that only show how clueless they are. These men hang out in all-male groups, lead Peter Pan video-game existences, and never so much as speak to a woman, but are convinced all males outside their group are fags.

It’s a world where tens of thousands of women can march while wearing pink pussy hats without feeling ridiculous. Where women who control more wealth than men and live longer than men and receive shorter criminal sentences than men and give all the dangerous jobs to men still insist we live in a patriarchy. Feminism started out as the idea that women shouldn’t be chained to sawdust floors and forced to pop out babies, but somehow it’s become the idea that women can’t possibly be annoying. Was feminism’s aim to make women undesirable? Do women realize that women are much sexier when they aren’t talking about being women? Instead, we have generations of women who’ve been trained to never stop barking from their vaginas. But if the vagina barks, it will also bite. Will the vaginas ever stop barking unless we muzzle them?

Yes, we live in a “rape culture,” but not the kind you think. We live in a world where there aren’t nearly enough real rapes to suit women’s fantasies. We live in a world where someone, somewhere will feel raped if you sneeze. We have women walking around in anti-rape bras and anti-rape pants and anti-rape helmets and penis-lacerating anti-rape vaginal condoms who get so disappointed when nobody fancies them enough to rape them that they’ll falsely accuse some poor sod, anyway. False rape accusations are as malicious as rape itself in their ability to destroy someone’s mind and life, yet either the women who do this don’t see the contradiction or they don’t care.

The new normal is extremely abnormal. Real women argue with fake women about who’s the true misogynist. Black women tell white women to shut up while black trannies tell black women to shut up and crippled black trannies tell everyone else to shut up, and somehow this is a recipe for social harmony. Feminists blame men for their misery, and men blame feminists for their misery. Fags blame straights, straights blame fags, and everyone blames bisexuals. Men get shamed for being men, and women get praised for shameful behavior. All the young’uns are at least semi-queer, and they all will need medication eventually.

It’s a world that has lost all touch with reality. It’s OK to flip out about rape, but it’s a crime to mention which groups are disproportionately doing the rapin’. It’s an act of social harakiri to state that when it comes to sports, women suck compared to men. To suggest that child molestation may play a huge role in someone’s eventual sexual orientation. That things such as rape may have a biological basis. That lots of women make false rape accusations; that many others have erotic fantasies of being raped. That domestic violence is higher among lesbians than anyone else. That when it comes to neo-sins such as “sexism” and “homophobia,” your beloved racial pets in the Middle East and Africa are far worse than straight white males could ever aspire to be. That many of these “oppressed” and “marginalized” groups actually have absurdly outsized per-capita political power.

You can’t mention any of those things. But unless you publicly proclaim before the judge and jury that she’s a boy and he’s a girl, they will find a way to make you pay.

But at the end of the day when the sun sets and darkness wipes away the rainbow, it makes no sense trying to make sense of people for the simple reason that people make no sense.

Especially when their genitals are involved.

In their attempt to “fix” things, people often cause massive destruction. So many of these pro-deviancy gender warriors are infantile lunatics with their heads stuck up their crotches. These people ooze imaginary pus and blood from the countless emotional stigmatas they bear, endlessly bullying back against phantom ghosts of the childhood bullies who’ve long forgotten about them, basking in the disgustingly eternal human urge to blame everyone else for their own unhappiness. While they wail about being demeaned, look at how they depict anyone who doesn’t applaud their weird practices as a “subhuman, disgusting piece of shit who needs to get AIDS after being ass-raped by a train of hot black guys.” They will never understand that I don’t care what they do with their assholes; I’m annoyed when they act like assholes.

What’s the first thing people want to know when someone’s pregnant? Boy or girl, right? You’re either a boy or a girl. The GENder you’re “assigned at birth” is based on your GENitals. Dude, you’re not a chick. Chick, you’re not a dude. You can be a feminine boy or a masculine girl—we’ve always had them—just stop playing the mind games with us. It’s a one-way ticket on a runaway coal train to Crazytown.

As Supreme Court justices have said many times, your rights end when your balls smack me in the face. How much modern insanity would immediately vanish if we simply decided once more to agree to what everyone everywhere had agreed to until, oh, about ten years ago—that there are two sexes, men and women, and that one’s “sex” is no different than one’s “gender”?

As my queer luck would have it, I’m typing this faggy little essay on the International Day Against Homophobia, Biphobia and Transphobia. But regarding the trannies, I’m pretty sure at the moment I’m typing this, it’s still called gender dysphoria, which means it’s still considered a delusion and is thus classified as a mental illness. Beyond that, the way they’re trying to enforce their delusions on the rest of the public is making everyone crazy. And whether you agree or not, the fact is that men are men and women are women. To deny it is psychotic. And the more fiercely you deny it, the crazier you look.

You all have lost your minds. I’m going to go sit by a creek and watch animals mate.