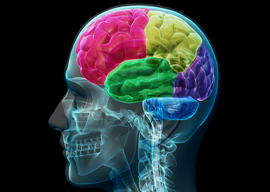 A couple of months ago here on Taki’s Mag I reviewed responses to geek website edge.org‘s Annual Question. The 2013 question was: What should we be worried about? The leadoff answer was from evolutionary psychologist Geoffrey Miller, who thought we should be worried about Chinese eugenics. I expressed some skepticism.

Leaving aside my skepticism, which is still intact, and leaving iceberg-avoidance prospects for another time, what exactly are the ChiComs up to?

There is no short answer to that question. This is really complicated stuff. The accounts given in the better-quality US news outlets aren’t bad, but if you want to understand what’s going on, you have to invest a little time in getting to grips with the fundamentals.

How much time is “a little”? Well, 1h33m32s has to be close to the minimum. That’s the length of this excellent presentation given by Steve Hsu at Michigan State University last month called “On the Genetic Architecture of Intelligence and Other Quantitative Traits.” You can even shave five minutes off that: The emcee (who’s not identified but looks like cognitive-science boffin Taosheng Liu) makes a lengthy meal of introducing Steve.

“If you respect empirical inquiry and don’t mind a bit of math, this genes ‘n’ smarts project is worth your attention.”

I can’t claim that the following notes are a substitute. I simply want to point up some highlights and offer a helping hand to the math-challenged.

That word “quantitative” is a good start. A trait is quantitative if it can vary smoothly across a range (such as height), as opposed to a yes-no trait such as earwax texture (sticky or crumbly) or hairiness of elbows. Height is a handy notion to help you remember what “quantitative” means here. And as Steve says at 11m40s, if the idea that some people are intrinsically smarter than others is intolerable to you”as it is to most well-socialized 21st century Americans“you can substitute “height” for “intelligence” in the rest of the lecture, because intelligence is a quantitative trait, too.

The diagram at 12m22s (slide 3 here) is very informative. The collection of all your genes is your genome; the collection of all your traits is your phenome“how you appear to the world (from Greek phainein, to appear). When, one day, we are possessed of perfect knowledge, we shall understand how our genome shapes our brain structure, how our brain structure shapes our mentation, and how our mentation shapes our abilities, which are part of our phenome.

We are far from that yet, but we can take a shortcut”what Steve calls “a cheap statistical hack” (12m37s) and “just a little bit of math” (1h24m15s)”from the genome to the phenome. Just assemble a large number of subjects with some interesting oddity in the phenome (e.g., they are very smart or tall) and try to find corresponding oddities in their genomes. That’s called a GWAS, a Genome-Wide Association Study.

That’s what these researchers are trying to do, with intelligence as the focus of interest. Previous attempts have been dry wells. As Steve says at 39m56s: “At the genome-wide level of significance so far there are no hits.” That does not mean that genes have nothing to do with smarts. We know from twin studies (30m40s and more pointedly”“It’s almost all genetic!””at 1h12m18s) that intelligence is highly heritable, so that genes must be implicated. What it does mean is that we haven’t yet used big enough samples, as Steve explains very elegantly at 40m49s. That’s what they’re trying to do.