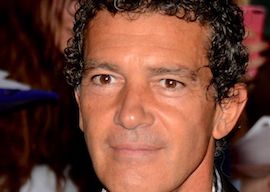 Here’s a puzzler for you…a real brainteaser in the age of leftist “science” (a.k.a. the Golden Age of Unreason): Is actor Antonio Banderas, born and raised in Málaga, Spain, a person of color? See, the great thing about leftist science is that it leaves out the science. Leftists use race to determine who gets a college education (and even who gets into middle school), who gets hired in the public and private sectors, who wins government contracts, and who gets to speak their mind on social media. But the left’s concept of race is fluid. Truth is, there’s absolutely no agreement on whether or not Banderas is a POC. He’s “Hispanic,” to be sure (being Spanish tends to do that to a person). Málaga is just a brisk swim across the Alboran from Morocco. Black-haired greaseballs from Morocco are people of color. Black-haired greaseballs from the other shore are, well, maybe people of color, maybe not. Black-haired greaseballs from Sicily are white, but regarding Spaniards, the matter is up for debate.

Princeton professor Brian E. Herrera, author of the book Latin Numbers, declares unequivocally that Banderas is a “man of color.” Teen Vogue, that esteemed leftist intellectual think-tank, lists Banderas as an “actor of color” in its yearly recap of Emmy nominees. But The Washington Post claims that Banderas isn’t an actor of color, and the fact that he was cast to portray Zorro, a Mexican hero, was yet more proof of Hollywood’s fiendish racism. And the L.A. Times, while bafflingly calling Banderas a “Latino” (if Spain is in Latin America, I really need to buy a new globe), nevertheless damned him for daring to sing a South American song when he lacked the racial roots to sing it soulfully (who was that wacky Austrian with the funny mustache who used to talk about the existence of a “racial soul”? Name’s on the tip of my tongue…).

As you can see, there’s no consensus…because leftist science is all about making it up as you go along (how many genders are there now? Fifty? Five hundred?).

All the same, here’s why the Banderas question fascinates me. For the past few weeks, the story to beat on the smug leftist atheist “IFL Science” circuit has been a study, published Jan. 25 in the Quaternary Science Reviews (which I only read for the cartoons) by four cor blimey professors from the bleedin’ University College London and the bloomin’ University o’ Leeds. The study in question, “Earth system impacts of the European arrival and Great Dying in the Americas after 1492,” posits that evil white “European settlers” killed so many Native Americans that the climate of the entire planet changed as a result, and the earth was crippled by a “Little Ice Age” that peaked in 1610.

Yes, your racist white settler ancestors ruined the entire fucking planet for everyone. Needless to say, every rational, progressive, science-loving media organ in the West breathlessly covered this story. Leftists love science! And here was science proving that white supremacy was and remains a threat to the very existence of the earth. Wotta scoop!

“The great thing about leftist science is that it leaves out the science.”

So how did white supremacy create the Mini Ice Age? Simple! After the whites killed tens of millions of natives with their infernal European diseases, the natives, being dead, stopped farming (corpses are notoriously poor farmers), and as a result millions of acres of tilled farmland turned into forests (“reforestation”), sucking up too much CO2 from the atmosphere, causing global cooling.

Okay, there’s a lot to, as the kids like to say on the YouTube these days, “unbox” here. The authors claim that the Caucasian-caused Little Ice Age reached its peak in 1610. Now, unless my history books are as untrustworthy as my duplicitous globe, the Pilgrims didn’t get here until 1620. The Jamestown Colony was established in 1607, which would have given a couple hundred English settlers exactly three years to kill every Indian in America to create the depopulation that spurred the 1610 peak…and frankly, I’m no fan of genocide, but if they were capable of a feat like that, well, it would be pretty damn impressive.

But here’s the thing: The study’s authors are coy about the identity of the “genociders.” They blame it all on “European settlers.” But shouldn’t “scientists” speak in specifics? Technically, with only a few exceptions, the pre-1610 diseases were introduced by Spanish explorers, conquerors, slavers, and plunderers. And the great die-off took place in the 1500s, reaching its zenith in Central and South America, and Mexico.

According to Tammy Barker of Regis University, the “Great Dying” was brought by “Cortes in Mexico; De Soto in Florida, Georgia, Alabama, and Mississippi; Coronado in Arizona and New Mexico. Ninety percent of the populations they encountered were believed to have been eliminated by epidemics such as smallpox, measles, and typhoid fever. With the Spanish invasion of tribal lands in 1492 came diseases which the Native populations had no defenses against.” As Joseph Conforti of the University of Southern Maine has pointed out, “By the time the Pilgrims arrived in 1620, the population of native tribes had declined in some places by up to 90 percent.” A Live Science report is even more specific: “There were about 60.5 million people living in the Americas before the Europeans arrived in 1492.” But unfamiliar diseases left “a mere 6 million indigenous men, women and children alive in 1600.”

National Geographic stated things in very plain terms back in 2011: “The Native American population was at an all-time high about 5,000 years ago. The population then reached a low point about 500 years ago—only a few years after Christopher Columbus arrived in the New World and before extensive European colonization began” (of course Columbus was not Spanish, but he was sailing for Spain).

The “Great Dying” that occurred prior to 1610 was primarily (not solely, but primarily) the result of Spanish exploration and plunder. Yet the authors of the new study, and the media hacks who covered it, purposely muddy the waters. They want you to think that the 1610 Ice Age peak was due to “colonists” and “settlers.” When you see the BBC headline “America colonisation cooled Earth’s climate,” what are you most likely to think of? Conquistadors in Tenochtitlan? Or British colonists in what would become the U.S.? Here’s where my Banderas question comes into play. If Spaniards are indeed “people of color,” it would mean that people of color were wiped out by people of color. No headlines there, mate; wrong narrative. So, the professors and media tards don’t speak of Spanish conquerors, but rather “European colonists.” “As European colonizers spread throughout North America and wiped out Native Americans, they unwittingly changed the world’s climate,” screamed The Miami Herald. “European settlers killed 56 million indigenous people over about 100 years,” belched CNN.

To be clear, epidemics among Native Americans, a few of them intentionally caused, continued long after the British colonization of America and the establishment of the U.S. But none of that has any bearing on the Little Ice Age peak of 1610. Pre-1610, it’s mostly on you, Spain. And hell, prior to Jamestown, even Spain had no luck “colonizing” what would become the U.S. Small Spanish colonial attempts in Georgia, North Carolina, Florida, and Virginia failed swiftly. Funny enough, Ohio State’s Sam White, a professor of history and possessor of sanity, made it clear in his 2017 book A Cold Welcome that the Little Ice Age actually foiled European colonization of North America. Diana Steele summed up his thesis for Science News: “Starting in the late 16th century, a series of volcanic eruptions likely chilled the Northern Hemisphere by as much as 1.8 degrees Celsius below the long-term average.” As a result, “few 16th century colonies survived.” Indeed, “Weather dissuaded Spain from further attempts at colonizing California for over a century.”

Let’s not even get into the pap about how reforestation of abandoned Injun land caused the global chill; that’s the double bind of the anthropogenic climate-change cult. Deforestation causes global warming. Reforestation (which environmentalists currently advocate) causes global cooling. Damned if we have forests, damned if we don’t. But again, leftist science is based on whatever is politically advantageous to leftists at the time. Forestation good! Forestation bad! Don’t expect it to make sense. One of the limeys who wrote the dumbass study can’t even get his own story straight. His paper claims that reforestation of unused land caused the Mini Ice Age peak, but he told CNN that the European colonists farmed the hell out of that land, to the extent that their food exports to Europe freed their racial kin from the burden of subsistence farming, allowing Europeans to pursue their dream of “dominating the world” (yes, he actually said that).

Okay, dumbass author of dumbass paper, did the land go unused and become reforested, or did the settlers make use of it (or, at the very least, did they begin farming new land, which would have counterbalanced the abandoned land)?

Again, don’t look for it to make sense.

The media coverage of the study uses words like “murder” and “genocide,” once again purposely muddying the waters in the public mind, confusing the inadvertent spread of diseases during Spanish first contact with the much later intentional use of smallpox blankets as germ warfare. Another ignored factor: The mass die-off was due in part to Native American ignorance. Pulmonologist Dr. Andrew Ghio of the Environmental Protection Agency has done some fascinating research into why the Injuns’ immune systems were so crappy. He points out that other “virgin populations” had been introduced to smallpox, influenza, tuberculosis, and measles, without experiencing such a devastating population drop. And it mainly comes down to this: Native Americans had never adopted the chimney. Whereas Europeans realized that chimneys “diminish the exposure of inhabitants to particles released during fuel combustion” (duh), Injuns, who didn’t understand the value of chimneys, exposed themselves to “high levels of smoke emitted from the burning of biomass such as wood…. Particle exposure would have been tens of thousands of micrograms per cubic meter in Native American domiciles, and the lower respiratory tract of inhabitants was likely exposed from birth to a large mass of particulate matter. Severity of infections and associated mortality are both greater with particle exposure” (double duh).

In an essay for the Early America Review, Melissa Sue Halverson brought up the fact that the Injuns’ treatment for smallpox—sweat lodges and the ingestion of emetic and cathartic herbs—greatly exacerbated the disease, as did the traditional post-sweat-lodge ritual of bathing in cold water, which damaged already-weakened immune systems (not to mention befouling the local water supply with runoff from pustules and sores).

But hey, I could go on being logical all day. In the end, the false narrative—your Mayflower ancestors caused climate change with their racist genocide—will be what’s remembered.

Leftist science may be junk, but damn, it’s catchy junk. A lot simpler and snappier than the truth.