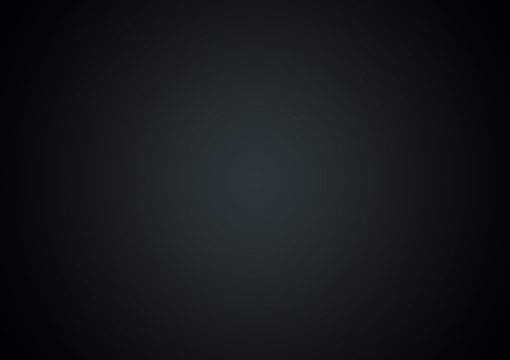 Since that whole “George Floyd” thing happened in late May, the end of this month will officially mark one full season of nationwide (and, even worldwide) rioting to protest the perceived racial injustices of this Noble Blackman’s unfortunate passing.

We were led to believe right out of the gate that racist white cops hunted down and seized this chocolate-tinted gentle giant for no other reason than the color of his skin, slammed him to the ground, and then knelt on his neck long enough to asphyxiate him despite his repeated pleas that he couldn’t breathe.

After all, why lynch ’em when you can just choke ’em out with your pale white knee? It’s easier and less expensive as well as a wonderful physical expression of white supremacy.

This is all so tiresome that I could vomit up fossilized chunks of opaque green bile the size of car batteries, but I’ll restrain myself just like those four Minneapolis cops attempted to restrain George Floyd.

Everyone on planet Earth as well as every last penguin in Antarctica has seen the nine-minute video of Derek Chauvin kneeling on the side of George Floyd’s neck. Mind you, he wasn’t kneeling on his throat, because you can choke someone by doing that.

Because everyone in the American mainstream media was too scared to do it, last week the UK’s Daily Mail leaked bodycam footage from Alexander Kueng (white) and Thomas Lane (mulatto), the two Minneapolis cops who initially responded to the call and dealt with Floyd for several minutes before Chauvin and another officer with the exceedingly white-sounding name of Tuo Thao arrived to assist.

Minnesota’s Antifa-friendly Attorney General Keith Ellison—and who, as luck would have it, happens to be black, not that there’s anything wrong with it or that any of what I’ve just told you would bias him in such cases—has been aware of this footage since late May and suppressed it from being leaked long enough for rioters to burn half the country down.

Remember when anti-police “activists” demanded that police wear bodycams? I’m starting to think it backfired on them. In nearly all cases, it shows that cops put up with far more crap in five minutes than most of us could handle in a lifetime.

“Remember when anti-police ‘activists’ demanded that police wear bodycams? I’m starting to think it backfired on them.”

One crucial element of the story that The Narrative conveniently omits in most retellings is the fact that police were responding to a call from a convenience-store clerk who said Floyd tried passing a counterfeit twenty-dollar bill to him only moments earlier. When Kueng and Lane arrived, the clerk pointed them to Floyd, who was still sitting in the driver’s seat of his car outside the store. Floyd already had four criminal convictions, including one that had sent him to prison after he held a gun to a black woman’s stomach during a house robbery he committed along with several accomplices.

Passing a counterfeit bill is a federal felony. The fear of going back to prison may explain why Floyd was in full panic mode the moment he saw the cops tapping on his car window—instead of what The Narrative dictates, which is that Floyd panicked when he saw that he was suddenly confronted by one-and-a-half white cops.

The first thing I noticed upon viewing the footage—and this will sound harsh, but hey, it’s a harsh video—was how utterly crazed and primitive Floyd looked. I’m talking Mesozoic Era primitive. He looks like a terrified black brontosaurus who’s suddenly been confronted by the furious husband of the female dinosaur he’s been banging on the side.

From the first second of his interaction with police, Floyd begins screaming and crying and lying.

Oh—and resisting arrest, just like in every last one of these high-profile cases. Police had to tell him seven times to put his hands on the steering wheel before he complied. When he finally gets out of the car, he keeps falling to the ground on purpose and stiffening when they attempt to cuff him. He keeps thrashing and squirming as they struggle to get him in the squad car’s backseat. The police keep telling him to stop resisting. So did the black passenger in his car who identified herself as his ex-girlfriend. They order him at least a half-dozen times to get into the police SUV, and he refuses each time.

In legal terms, Floyd was “actively” resisting them, and legally they had the right at that point to club him with batons to force him into the car. But they didn’t.

He kept resisting once they were able to get him in the car, too. Much has been made of the fact that Derek Chauvin knelt on Floyd’s neck for nearly nine minutes. Hardly anyone mentions the fact that Floyd resisted arrest for longer than that.

Due to Floyd’s bizarre behavior, police suspected he was on PCP.

Kueng: You got foam around your mouth, too?

“Hooping” refers to the act of inserting something into your rectum, either to hide as contraband or as a way to administer drugs. Since an autopsy concluded that the level of fentanyl in Floyd’s blood was higher than the average level of fentanyl in overdose victims, it’s reasonable to suggest that’s what he meant by “hooping.” It doesn’t make sense that one would start foaming at the mouth by inserting a small pistol in your rectum, but then again, I wouldn’t know because I’ve never tried it. According to the CDC, symptoms of a fentanyl overdose include “foaming at the mouth…and confusion or strange behavior before the person became unresponsive.”

Floyd also had methamphetamine in his blood at the time of the encounter. What gets little mention is that he also had trace levels of morphine, suggesting he’d either recently done morphine or heroin, which metabolizes into morphine in the blood.

At most, a few dozen unarmed Americans, both black and white, die at the hands of police every year.

Over 30,000 Americans die of fentanyl overdoses every year.

During his theatrics outside the van, Floyd repeatedly begs police not to put him in the car because he’s “claustrophobic.” Perhaps the most shocking thing about the entire tape is that Floyd also repeatedly pronounces “claustrophobic” correctly.

Before I stopped counting, I found at least eleven instances of Floyd saying “I can’t breathe” before he was finally placed on the ground and Chauvin knelt on his neck. He said this at least eleven times both while standing and while in the back of the SUV—when no one was touching his neck.

Derek Chauvin: Then stop talking. Stop yelling. It takes a heck of a lot of oxygen to talk.

I also counted him saying he was going to die at least five times before he was placed on the ground. So either his body was in hyperdrive because he realized he was having an adverse reaction to drugs, or a Little Black Angel suddenly appeared on his shoulder and prophesied that an Evil White Knee was about to come down on his neck and kill him.

And they didn’t sadistically throw him to the ground, either. They placed him there at his request:

Thomas Lane: You’re getting in the squad [car].

Whether or not you feel that Chauvin’s infamous kneecap move was unnecessary or sadistic, the most pertinent fact at trial will be that it was legal. Minneapolis police are trained to use a “neck restraint” that involves “compressing one or both sides of a person’s neck with an arm or leg, without applying direct pressure to the trachea or airway (front of the neck).”

The Hennepin County autopsy report said that Floyd tested positive for COVID-19, had a “severe” case of “arteriosclerotic heart disease,” and listed the cause of death as “cardiopulmonary arrest complicating law enforcement subdual, restrain, and neck compression.” Interestingly enough, the first version of the autopsy did not include the verbiage about “law enforcement subdual, restrain, and neck compression.” Even the criminal complaint that prosecutors filed stated that the autopsy “revealed no physical findings that support a diagnosis of traumatic asphyxia or strangulation.”

The phrase tying it all to “law enforcement” was added after Floyd’s family hired Dr. Michael Baden to perform an independent autopsy. Baden is perhaps most famous for concluding that Jeffrey Epstein died as a result of homicide. But his bailiwick seems to be blaming cops when black people die during arrest—he performed autopsies on Michael Brown and Eric Garner whose results were contradicted at trial. But somehow he was able to get something about “neck compression” squeezed into the official county report.

Throughout the tape, police followed official protocol, or at least as far as I can tell. Alarmed at Floyd’s condition, they made two separate calls to Emergency Medical Services.

George Floyd also lies throughout the tape, almost up to the point where he falls unconscious.

“I just lost my mom,” he told them at the beginning of the encounter, apparently pleading for sympathy and lenience. Actually, Floyd’s mother died in May of 2018.

He lied at least twice about not having any intoxicants in his system.

He lied repeatedly when he insisted he wasn’t resisting arrest.

He lied and said he dindu nuffin’, although he had just passed a counterfeit bill.

He lied about being claustrophobic. He sat long enough in his own car for the store clerk to call police and for them to arrive.

But that’s not the Big Lie here.

The Big Lie is that this had anything to do with race. One of the four cops is Asian, and one is half-black. At no point is race mentioned. Not once. There is zero evidence that cops restrained him for any other reason than the fact that he had just committed a crime and was resisting arrest.

If George Floyd had been white, he’d be dead, too.

The only difference is that you never would have heard his name.

Well, that plus the fact that we’d still have a country.