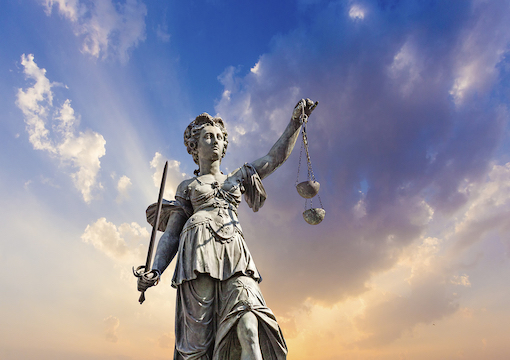 When I first heard that George Zimmerman—the serial fuckup who famously killed aspiring gangsta Trayvon Martin in 2012 and was exploited by the media under false pretenses to inflame racial tensions but who couldn’t keep himself from getting into trouble again and again and again—was suing Trayvon’s parents and others for $100 million, I thought, “That fellow has a lot of moxie.”

On the surface, it seemed like the ultimate dick move to sue the parents of the child you killed.

But when I heard the basis of the lawsuit—that Zimmerman never would have been arrested for murder and forced into hiding for the rest of his life if the prosecutors hadn’t knowingly switched out a real-life witness for a false one—I thought, “I can’t even imagine what that poor fat bastard has been through.”

I also felt the same sort of gas-lit outrage I felt when I learned that on the night Rodney King got beaten by the LAPD, he had two partners with him who obeyed police orders, stayed on the ground, and escaped a beating. Leaving out that crucial fact—along with falsely and repeatedly referring to “four white cops” when one was clearly Hispanic in both name and appearance—led to the public swallowing a false narrative that culminated in riots which killed over 50 people. Like George Zimmerman, LAPD officer Ted Briseno was a Hispanic who magically became “white” when the script required it.

As with the Rodney King story, the major media decided what happened between George Zimmerman and Trayvon Martin before the facts were available. They left out crucial details—such as the fact that despite his German surname, Zimmerman was a brown-skinned man of Peruvian/African descent who spoke fluent Spanish, identified as Hispanic on voter registration forms, voted Democrat, and even had publicly protested a year before the shooting on behalf of a black homeless man in Sanford, FL who’d been beaten by a white police officer’s son.

“As in so many of these cases, the media are the real criminals.”

You also didn’t hear much about how Trayvon had broken Zimmerman’s nose and smashed the back of Zim’s head into the concrete. Such niggling facts were far too inconvenient and had to be quickly dusted away.

NBC almost singlehandedly started a race war by editing Zimmerman’s 911 call to make it appear as if he was following Trayvon because he was black. Hey, but they apologized!

And it’s not as if Zimmerman must walk around for the rest of his life with a target on his back because the media sculpted a false story. It’s not as if the very announcement of his new lawsuit sent Black Twitter into another round of open calls for Zimmy-Zam’s murder:

if u not willing to go kill george zimmerman yourself, why u expecting someone else to?

whoever k*lls george zimmerman will be well taken care of im sure. so what’s the hold up ???

hey, dude. Did you shoot George Zimmerman yet?

I don’t understand how George Zimmerman is still breathing

I got up this morning and George Zimmerman is still alive. What is justice?

But seriously, there’s still time for someone to tap George Zimmerman and end this decade with a “bang!”…Maybe a Florida-Man, so that state can have some sort of a redemption arc.

how george zimmerman still alive is beyond me. florida failing the fuck out of us

As in so many of these cases, the media are the real criminals.

Were you aware that in 2015, a white man in Florida who’d been harassing Zimmerman for months over the Trayvon shooting fired his gun at Zimmerman and barely missed, resulting in a 20-year prison sentence for attempted murder? I wasn’t until I started researching this story.

If you’ve never been falsely accused of something horrible…and then forced to endure the endlessly blind and self-righteous shrieks of people you’ve never met calling for you to be murdered…you clearly have no idea of what George Zimmerman’s been through for the past seven years.

Yes, I’m aware he’s a tacky nincompoop who, just like Rodney King after the riots, keeps getting into trouble and doing stupid things and making it nearly impossible to feel OK about defending him. But imagine that after reviewing all the evidence, a court of law decided that you were justified in defending yourself, then it set you free into a world where literally tens of millions of people would cheer to see you murdered in cold blood while the cameras roll.

When police originally arrested Zimmerman after he shot Trayvon, they grilled him for five hours and set him loose, concluding that he’d acted in self-defense.

According to a statement on the website of Zimmerman’s lawyer Larry Klayman, the suit is based on the allegation that the trial’s star witness Rachel Jeantel—a violently dumb wildebeest by any measure—lied about speaking to Trayvon on the phone only moments before the fatal shooting:

Specifically, the complaint alleges that in March 2012, the Sanford Police Department thoroughly investigated the shooting of Trayvon Martin and closed the case as self-defense. A week later, Martin family attorney Benjamin Crump produced a recorded audio tape of “Diamond Eugene” whom he said was Trayvon’s 16-year-old girlfriend who was on the phone with Trayvon just before the altercation. However, two weeks later, 18-year-old Rachel Jeantel, the alleged imposter, appeared before prosecutors claiming to be “Diamond Eugene” and provided false statements to incriminate Zimmerman based on coaching from others.

The suit alleges that Trayvon’s parents, their lawyer, and the prosecutors were all aware that Jeantel was a fraudulent witness and that charges never would have been filed without her false testimony. It claims that Trayvon’s actual girlfriend—a certain Brittany Diamond Eugene, I don’t make up the names, I simply report them—didn’t feel comfortable testifying against Zimmerman. I’m purely speculating here, but it’s possible she didn’t want to reveal before a jury that she heard Travyon express an intent to physically attack Zimmerman. So instead they dragged in Rachel Jeantel to emit a series of grunts and clicking sounds.

According to Zimmerman himself, in an essay titled “We Are All George Zimmerman Now”:

Crump produced a recorded interview of a “phone witness,” whom, he said, was Trayvon Martin’s 16-year-old girlfriend, “Diamond Eugene.”

In the recorded interview with Diamond Eugene, Crump openly led the witness. She mostly just echoed everything Crump said. Two weeks later, prosecutors went to Miami to interview 16-year-old Diamond Eugene under oath. That’s when, as I recently learned, 18-year-old Rachel Jeantel appeared, claiming she was Diamond Eugene. Despite the discrepancy in name and age, prosecutors interviewed Rachel Jeantel anyway and used her obviously false statements to issue an affidavit of probable cause for my arrest. The rest is history….

Rachel Jeantel was an imposter. She was not “Diamond Eugene.” She was not Trayvon’s girlfriend. She was not on the phone with him before our altercation. She lied in court about everything she claimed to have heard over the phone in order to send me to prison for life….

I have now taken up the cause of bringing America back together again, and I intend to do it by revealing how the country was deceived. I feel that if I can expose and hold accountable those at the origin of this evil witness fraud, the healing can begin.

So George Zimmerman says he’s the guy to heal America’s racial wounds. It’s that kind of blind-puppy-dog naïveté that makes me feel both pity and contempt for him. After all he’s endured, he still seems to think that people care about the truth.