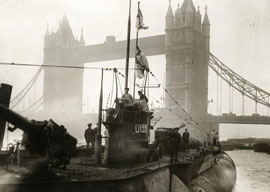 Taki’s praise of F. Scott Fitzgerald and the The Great Gatsby is much deserved. If Gatsby is not quite the best American novel, its opening chapter should be regarded as the most perfect first chapter ever written. Gatsby falls off in its latter stages. In addition to James Gatz’s improbable background”his “parents were shiftless and unsuccessful farm people” from North Dakota”it turns out that Jay Gatsby is a straw man for a financial criminal enterprise presided over by one Meyer Wolfsheim. None of this is exactly credible, nor does the reader want to hear it after living in a dreamworld on Long Island.

Gatsby‘s narrator, Nick Carraway, is the novel’s true hero and Fitzgerald’s alter ego. This young Yale graduate who studies New York’s bond-trading business describes himself as “one of the few honest people that I have ever known.” His thoughts and actions bear this out. He never lets us down. “I’m inclined to reserve all judgments,” he remarks on the first page. Further down the page: “Reserving judgments is a matter of infinite hope.” Wonderfully put. Infinite hope, however, reminds me of what Henry Miller wrote in Tropic of Cancer: “Hope is a bad thing.” I have lived long enough to concur with Miller.

Which brings me to Germany and the Great War, “the war to end all wars” that commenced in August 1914. There is a nexus. Without World War I”and, thanks to Woodrow Wilson’s intervention, the defeat of Germany, Austria-Hungary, and the Ottoman Empire”there would have been no Roaring Twenties, no Jazz Age in America, and no affordable France for Hemingway and Fitzgerald to enjoy during the 1920s. As a direct albeit delayed result, there also would have been no Great Depression. The inevitable economic collapse broke Fitzgerald’s spirit and ruined him, but it created an even more affordable Paris in the 1930s. It provided Henry Miller with a landscape in which he was able to bum, ruminate, and thrive after escaping Brooklyn.

In terms of geopolitics, most of us know that China has just surpassed Germany as the world’s leading exporter of manufactured goods. Less known is that Germany, in its capacity as World War I’s alleged instigator, has recently paid its final reparations installment to France and England. Can you believe it? Who knew this was going on? Der Spiegel reported the bizarre denouement in a dispatch dated October 4th. It quotes Professor Gerd Krumeich, a specialist in such matters: “It’s a historical curiosity that the Versailles Treaty should continue to have a financial impact to this day.” Not only curious. It is astonishing in view of the fact that Germany was not responsible for precipitating the Great War in 1914. The basis of the reparations is bogus.

“Germany can be said to have paid for everything, to have financed both sides of both World Wars.”

These final payments to World War I’s nominal victors make me wonder whether Germany ultimately picked up the tab for both sides of both World Wars. I’m inclined to think that it did. Despite the avalanche of British Empire propaganda to the contrary, Kaiser Wilhelm II was a man of peace, integrity, learning, and wisdom. Unfortunately, he lost the war, mainly due to Lloyd George, Winston Churchill, and Lord Arthur Balfour, whose machinations in 1916-17 dragged America into the war to rescue John Bull and the French.

The quid pro quo connection between America’s formal entry into the war in April 1917 and November 1917’s Balfour Declaration was significant. Lloyd George acknowledged this in his memoirs. The woeful repercussions are with us today in the Middle East. Wilson and Wall Street had a great incentive to jump into the European war in 1917 to cover their bets; that is, to recover America’s outstanding loans to England and France. If London and Paris lost the war (as they had arguably already done on the battlefield), or if they were to negotiate a compromise peace which the Kaiser proposed to them in 1916, there would be no German reparations flowing to London and Paris, and hence no assets to reroute to Wall Street and Washington.