Get Your Irish Up 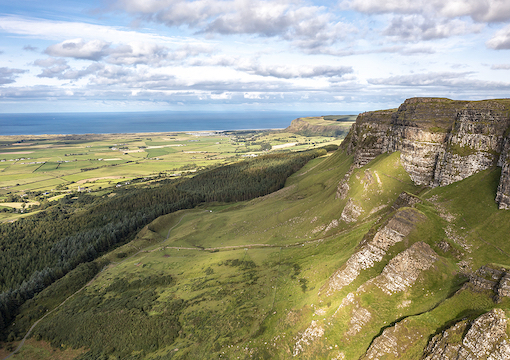 “I may be Irish, but I’m not stupid.” This quip from noted orator and alleged President of the USA, Joe Biden, is one of a series of ethnicities and backgrounds for a man who increasingly physically resembles one of those little rubber skeletons people had on their key rings in the 1970s. He’s Irish, he’s Jewish, he was raised by Puerto Ricans, he worked the railroads, he went to a black church. He’s racking up the points tally. Lose an eye and get into blackface and he can outrank Sammy Davis Jr. His comment might be viewed as racist (like anything else said by a white man), but perhaps there is some method in the madness.

The Irish have always been the butt of English jokes, although I imagine a prison cell awaits anyone trying that now. Just as America has its Polacks, the Canadians their Newfies, the English have always had Paddy. It wasn’t just poking fun, there was genuine prejudice against the Irish. The autobiography of London-Irish John Lydon—better known as Sex Pistols vocalist Johnny Rotten—was titled No Irish, No Blacks, No Dogs because that was a sign regularly seen in the windows of rental properties. A reputation for drunkenness and violence preceded the Irish. We should have made them cops like New York did.

Of course, there are two Irelands, and here I am talking about Éire, or Southern Ireland, home of Dublin, Guinness, and spectacular countryside, all three of which I recommend. Northern Ireland, of course, has rather a different and more troubled relationship with the U.K. We will just say “IRA” and leave it at that. But the Southern Irish have been in the news, no matter how much the people who are supposed to supply the news have tried to keep it quiet.

“Back in the land of blarney, the Irish are forging a new reputation as anti-immigration dissidents.”

Back in the land of blarney, the Irish are forging a new reputation as anti-immigration dissidents. Protesters have taken to the streets to voice their opinion of the importation of tens of thousands of foreigners into their country of 5 million people. That’s about the same population as Costa Rica, or Houston and Chicago combined (actually, Houston and Chicago combined would be fun to watch). The reaction of the Irish media and public officials to these protests shows a trend becoming wearyingly familiar in the West. If you are against limitless immigration, even in economically stressed times, you are clearly a racist creature of the far right.

Drew Harris is Commissioner of the Garda Síochána of the Republic of Ireland, which means “top cop” in Irish. He rather sternly lectured the taxpayers who fund his salary last week about the dangers of the right-wing agents provocateurs he claimed were behind the protests. The media routinely describes these shadowy figures as having a “sinister agenda.” Isn’t that such a great phrase? Imagine going to your annual job review, and your boss says, “How do you see yourself improving company performance over the coming year?” You reply, “I have a sinister agenda.”

But Commissioner Harris is not alone in his belief that there are right-wing conspirators lurking, as monsters and Communists used to do, under every bed. He’s just following the playbook being used by both the USA and the U.K. The enemies of democracy and order, and their new cousins diversity and equity, are not the psychotic arsonists of Antifa or Black Lives Matter, or Islamist jihadis, or MS-13, but the white supremacist. And he is not some three-toothed hillbilly deep in the woods with a thirty-aught-six and 2,000 cans of beans (but no can opener. Doh!). He could be your neighbor.

Speaking of neighbors, that is something the globalists have failed to grasp, and the Irish are reminding them of it. Globalism basically means anti-nationalism, the dissolution of borders, a war against sovereignty. But sovereignty is not simply royal seals and charters and legal systems; it’s also community. It has a soul as well as a body. The Irish are not taking to the streets because they think the white man should have the whip hand, they are there because they want their towns and villages to stay as theirs, full of Irish people like them who have their disagreements but whose community demonstrably works.

Perhaps the most grimly amusing commentary about this uprising comes from the Irish Socialist Party (who rebranded from being called “Militant”). The far right, “even fascists,” bleats its online magazine, are “seeking to capitalize on the seething anger over the housing, healthcare, and cost of living crises that are devastating the lives of working-class communities.” Sorry, could we just row back? I thought Socialist parties were supposed to support and protect the working class. What’s that? Oh, you’ve found someone more oppressed who can’t even grow their own potatoes. Sorry, those of you standing up for the Irish working class. The Socialist Party don’t want you anymore. You’re racists now.

Immigration from the Middle East and the Maghreb in Northern Africa has been a slow-burning fuse in Europe since 2015, but the spark is getting closer to the powder keg, and the Irish are not responding like the English. When the Northamptonshire town of Creaton in England—population 500—was recently told that the government had bought the local hotel in order to put up 400 illegal immigrants, there was a jolly angry meeting at the town hall. The Irish may have other ideas for showing their displeasure. It could be that the Irish understand that to advance and protect your country, you don’t need a utopian ideology—“utopia” meaning “no place”—but simply to ensure that you are starting from the right place. And that would be your city, town, or village, full of people like you. What on earth is wrong with that? Something, apparently. But the globalists should watch out for the Mick. Riling them may be about as unwise as attending a fancy-dress party in an Irish pub dressed as Oliver Cromwell.

I suppose we should finish with an Irish joke. An English traveler has gotten himself lost in Ireland. It is getting dark, and he is pleased to see what looks like a local man tramping up the road. “Excuse me,” he asks, “do you know the way to Wicklow Town?” The old Irishman takes off his cap, scratches his head, and looks around to all directions of the compass. “Well,” he finally says, “if I were you I wouldn’t start from here.”