Get AIDS Or Kill Yourself 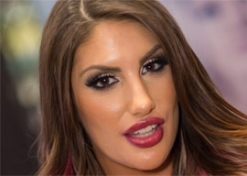 “Gay men comprise only 4% of the male population but account for nearly 80% of all new HIV infections in the USA.”

Some days I’ll be fine, and if I’m not doing anything I’ll get these awful flashbacks of my childhood and I get very depressed. I can’t get out of bed and cancel my scenes for like a week or two….It’s still recent where I have to keep myself occupied or else I start thinking about all that shit and then I fall into a depression.

Sure, there will be some of you basement-dwelling Asperger’s casualties out there who will diligently trot out your so-called “statistics” about how gay men comprise only 4% of the male population but account for nearly 80% of all new HIV infections in the USA.

Among those will be impenitent racists who feel the need to also needlessly point out that black men are about six times more likely to be HIV+ than white men are, but we all know that this is due to racist tropes about savage and unrestrained black concupiscence and some discredited and debunked pseudoscience about black males’ genetic lack of impulse control. There was really no need to inject race into this discussion at all, but since there are so many racists out there who would jump at the chance to make it all about race, I figure I’d cut them off at the pass before they even got the chance to do so.

The point is that we, the righteous, all know—because we alone are able to read minds, while the wicked stick to their “facts”—that August Ames didn’t really care about whether or not she’d receive a hot, steamy load of HIV from her mostly gay costar. Neither does it matter that there were porn-industry rumors that the costar in question was notorious for either not taking his HIV tests or even forging the test results. Instead, it is blindingly clear that August Ames merely wished to announce to the world that she hates gay people and wishes they’d all die or at least be tortured.