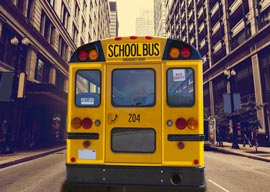 My old friend Raymond Wolters, a professor of history at the U. of Delaware for 50 years, has come back from five months in the hospital waiting for his lung transplant to write the first narrative account to make sense of the fads and fashions that have roiled K”12 public schools since the failure of forced busing to prove a panacea for racial disparities in school achievement: The Long Crusade: Profiles in Education Reform, 1967″2014.

(By the way, seeing myself quoted alongside more respectable figures, I have to admit that I really do come across as a sarcastic bastard. The author has to occasionally apologize for my deplorable tone, but in the second half of the book, as he focuses on 21st-century ed reform, he repeatedly uses quotes from me as his cleanup hitter to explain in clear language what really is going on.)

Despite my obvious prejudices, trust me, The Long Crusade is really good.

Wolters” new book is a sequel to his 2009 critical history of the post”Brown v. Board of Education era, Race and Education, 1954″2007, a rare history of integration in the public schools written from a skeptical perspective (including the normally forgotten voices of white children burdened with attending newly desegregated schools).

In The Long Crusade, Wolters recounts the careers of nine education-reform stars, along with three critics (two from the racial-realist camp).

Liberals control the telling of the past, using each anniversary to recycle their myths and further distort what really happened. So Wolters” careful chronicles are extremely valuable in providing an alternative history that accords far better with how I remember what went on than the conventional wisdom about the past typically extruded by young, historically illiterate journalists.

“Because we”re not supposed to think honestly about the The Gap, nothing much ever gets accomplished to make schooling better for everybody.”

I”ve been following education statistics since 1972 when the highest performers were Orientals, followed by Caucasians, then Chicanos, and finally Afro-Americans. So not much has changed other than the labels, despite the confident promises of countless reformers to fix The Gap real soon now.

The book shows how the dominant obsession of the past half century has been The Gap. Every few years a new prophet arises proclaiming that this time we”ll get blacks and Hispanics to learn as much as whites and Asians. Because we”re not supposed to think honestly about the The Gap, nothing much ever gets accomplished to make schooling better for everybody.

A few reformers have actually done some good, usually by undoing the work of past gurus. Perhaps the most appealing figures in The Long Crusade are Mike Feinberg and Dave Levin, who founded the KIPP charter-school chain in 1994 to offer discipline, hard work, and back-to-basics schooling to the fairly small percentage of slum students serious about earning a way out of the hood. Good kids deserve some breaks in life, such as getting to go to a school without a bunch of layabouts and knuckleheads.

Some of the success of KIPP is due to reviving many of the techniques of public order and respect used by schools before the ascendance of progressive education ideology in the late 1960s.

The first and most leftist of the gurus profiled in The Long Crusade is Jonathan Kozol, whose 1967 book, Death at an Early Age, snitched on how racist were all the other teachers at the Boston school where he taught. Over time, however, Kozol’s hostility toward white America came to be the conventional wisdom of education schools, which assigned his books in massive numbers to naive future teachers.

Kozol’s preferred remedies”mandatory racial busing and higher taxes”have gone in and out of fashion, but in his old age a new version of his social engineering has come to be favored by the Obama administration with its Affirmatively Furthering Fair Housing plan. Instead of busing black students to suburban schools, the new idea is now to ship entire inner-city black families out to live in suburban neighborhoods (which would open up convenient downtown neighborhoods for gentrification, but don”t bother to concern yourself with that, just think of the children!).

Wolters” second profile is of Howard Gardner, the Harvard polymath responsible for the Multiple Intelligences theory that is usually taken to imply that everybody is equally intelligent, just in seven (or, later, eight or maybe ten) ways.

That there are multiple intelligences is somewhat true, just as it’s also somewhat false. (Half-full glasses are also half empty.)

Gardner is a genuinely intelligent and cultured man. His discussions with the late IQ scholar Arthur Jensen, in which he admitted that his Multiple Intelligences theory doesn”t really kick in until above 120 IQ, were illuminating.

On the other hand, I”ve never seen much evidence that Gardner possesses scientific intelligence. His list of supposed multiple intelligences, such as musical-rhythmic, visual-spatial, and bodily-kinesthetic (which implausibly includes both jocks and gearheads, two groups that nobody besides Gardner finds have much in common), always struck me as more that of an opinionated pundit than of a man of science carving nature at its joints. It’s fun to pontificate over whether Gardner’s list of talents should be split into more categories or would better be lumped into fewer, but Gardner lacks the statistical intelligence needed to make much progress on the question.

Wolters recounts how Gardner was hired by Disney to design the curriculum at the school in its Celebration, Florida planned community. But his progressive philosophy alienated parents with its lack of emphasis on concrete knowledge such as multiplication tables. Still, Gardner’s theory remains highly popular at expensive prep schools, which like his emphasis on teaching glamorous thinking skills rather than boring facts.

Gardner’s influence on teaching probably hasn”t been hugely detrimental”it mostly gives teachers an excuse for doing arts-and-crafts projects under the guise of appealing to visual-spatial learners”other than to make public discussion of intelligence woozier than it need be. It’s not widely understood that old-fashioned IQ orthodoxy is not only not discredited, it’s probably the greatest achievement of psychological science. As cognitive-science superstar Steven Pinker pointed out last month in a tweet from the convention of the International Society for Intelligence Research: