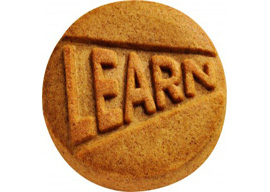 At my first and last Brownie meeting, I hid in the community-center bathroom for two hours while the other girls played jumpsies, screeched like pterodactyls, and did other scary stuff.

From that night on, I pegged the Girl Scouts as an inconsequential holding pen for dimwitted, extroverted sheep and bossy Lucy van Pelts whose parents got stuck selling overrated cookies once a year.

Until recently, I had no idea the organization was helping dismantle what’s left of the West.

Unflattering news stories about the Girl Scouts (GSUSA) are becoming the “shark attacks” of early 2012.

First came the tale of Sydney Volanski, a 15-year-old girl who quit the Girl Scouts because its handbook about “combat[ing] media misinformation” recommended the unabashedly left-wing “watchdog” site Media Matters as a trusted resource. Besides being blatantly biased and often downright inaccurate, the site encourages foul-mouthed, unhinged personal attacks in its comments. Not exactly wholesome reading.

Earlier this month, a Girl Scout employee quit after a superior told her to turn her “Pray to End Abortion” T-shirt inside-out.

Then a 14-year-old girl in Ventura County posted a video calling for a boycott of Girl Scout cookies to protest the organization’s “radical homosexual agenda.”

“Until recently, I had no idea the organization was helping dismantle what’s left of the West.”

She pointed to the case of Bobby Montoya, the Colorado boy whose family encourages his delusion that he’s a girl. Bobby was “humiliated” after being denied membership in his local Girl Scout troop. In the wake of the “controversy,” the state chapter reversed that decision. (No word on whether Bobby is working toward his “Vagina” badge.)

The boycott video first appeared on Honest Girl Scouts, one of a handful of sites (!) promising to reveal what the “Girl Scouts doesn’t want you to know” (such as the pro-abortion advocacy of past and present CEOs and the organization’s ties to Planned Parenthood and lesbian tennis players).

Even the most liberal-minded mothers won’t be pleased to learn that local troops only get about ten percent of the annual $700 million raked in from cookie sales. GSUSA gets the rest, which reportedly “allows [it] to partner with pro-abortion and gay-promotion groups.”

According to Sharon Slater of Family Watch International, GSUSA has used these multi-millions to fashion a decidedly gay corporate culture that’s trickled down to troop level. Among many other damning factoids, Slater notes that the Girl Scouts’ Director of Administration and Chief of External Affairs are both “prominent” gay-rights activists. She points out that the Scouts’ “Global Explorer” scholarship application form offers checkboxes for “male, female or transgender.”

Unfortunately, these enthusiastic critics take their legitimate concerns a badge too far. They can’t resist the temptation (almost unique to culturally tone-deaf Christian conservatives) to toss in some Duck and Cover-level hilarity.

The site 100 Questions for the Girl Scouts displays an anachronistic fixation on MTV, which I didn’t think was still on the air. It asks earnestly, “Why did Girl Scouts feature Charlotte Caffey to launch their ‘Girl Scouts Rock’ campaign, when Charlotte’s band the Go-Go’s had posed in their underwear on the cover of Rolling Stone magazine?”