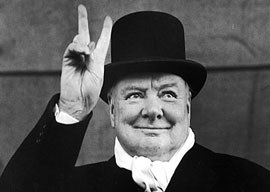 Economic historian Gregory Clark, a Glaswegian now at UC Davis, has been extending a main channel of British science into the 21st Century. His new book, The Son Also Rises: Surnames and the History of Social Mobility is another milestone in the revitalization of the human sciences after their long, self-inflicted dry spell in the later decades of the 20th Century.

One of the central concerns of British thinkers from the 18th Century into the mid-20th Century was the scientific study of breeding. The British agricultural revolution that began about three centuries ago led to the scientific breeding of livestock, including thoroughbreds. (Indeed, various meanings of the word “race” in English”a contest of speed, a lineage, and a breed”are related to the British passion for breeding racehorses.)

In the 1970s, however, intellectuals such as Stephen Jay Gould, Richard Lewontin, Leon Kamin, and Steven Rose denounced this enormously productive British tradition as, somehow, responsible for the Holocaust. Darwin was far too prestigious to attack, but his half-cousin and intellectual successor Galton became the designated scapegoat for resentment of British achievements.

“It’s not as if elites didn”t tell us they thought they were better by blood. Until recently, elites liked to brag about their magnificent ancestors.”

In understanding the source of this animus that erupted after 1967, it’s worth noting that although the relatives of Gould and friends had made world-changing contributions to fields as disparate as medicine and nuclear weapons, they hadn”t accomplished much in evolutionary theory. There, WASPs long remained the top contributors. For instance, the most significant Darwinian theorists of the 1960s had names that sounded like somebody hastily made them up as pseudonyms while checking into no-tell motels: e.g., Bill Hamilton, Ed Wilson, George Williams, and John Smith.

Granted, it seems pretty stupid to demonize useful ways of thinking about the world just because they were discovered by people with a different flavor of surname than your own, but everybody has their destructive traits. If your brand of ethnocentrism is off-limits to criticism, however, you are more likely to indulge in your bad habits.

Of course, the questions raised by the old WASPs haven”t gone away, even as the answers have been forgotten.

Clark’s last book, 2007’s A Farewell to Alms, updated Malthus by using troves of English wills from 1200 to 1800 to document that the English were already following Malthus’s 1798 advice to restrain their breeding”they had been delaying marriage until they could afford it. The average age of marriage for Englishwomen from 1200 to 1800 was around 25, about 7 years older than in China. Not surprisingly, China had far more famines.

Moreover, Clark noted, Englishmen today tend to be primarily the descendants of the successful farmers of the past. Aristocrats tended to kill each other off (at least in late medieval times), and poor hired hands married late or not at all. This Darwinian mechanism would likely select for genetic traits that would make modern man more settled and thoughtful than were his Dark Ages ancestors.

Clark’s new book, with another goofy Hemingway pun title, revives one of the most fun tools in all the social sciences, surname analysis (which was invented by Galton in 1874), and uses it to test theories about social mobility.

Many economists have argued that while there is a lot of income inequality, that’s okay, because there is plenty of social mobility: income only correlates at the 0.4 to 0.5 level between generations, so it’s “shirtsleeves to shirtsleeves in three generations.” Families evidently rise up to the heights of society and then collapse into the slums in a just few generations.

In the Wikipedia Age, it’s easy to look up celebrities” family backgrounds, which are often eye-opening. Consider the British entertainment industry, which once featured numerous Cockneys like Michael Caine and working-class Scots like former coffin-polisher Sean Connery. Recently, though, London show biz has been taken over by the People of Quality.

For instance, here’s what Wikipedia has to say about the young actor Skandar Keynes, who played the oldest brother in the Narnia film trilogy:

On his father’s side, Keynes is the grandson of physiologist Richard Keynes, the nephew of two Cambridge professors, the historian Simon Keynes, and the neuroscientist Roger Keynes, the cousin of Catholic writer and apologist Laura Keynes, and the great-great-nephew of economist John Maynard Keynes. His great-great-great-grandfather was naturalist Charles Darwin. Keynes’ great-grandparents were Nobel Prize laureate Edgar Adrian, 1st Baron Adrian and Hester Adrian, Baroness Adrian.

The evidence was out there, but now Clark has quantified how little social mobility there actually is. His basic technique is to compute a ratio of a surname’s share of an elite group versus its share of the total population.

For instance, Clark calculates how well represented common British surnames were at Oxford and Cambridge in 2002 versus their share of the entire British population. Consider the names of those four 1960s evolutionists:

Smith  is the most common surname in Britain, but of the 25 most common names in Britain it is just about the most poorly represented at Oxbridge on a per capita basis. On the other hand, Smythe, an affected variant of Smith, is significantly classier. (Similarly, Sailer is a social-climbing misspelling of Seiler, the German word for a lowly ropemaker.)

Williams  is Britain’s third most frequent surname (Jones is second), and is only slightly better represented than Smith at the elite universities.

Wilson  is the 9th most popular name, and shows up at the best universities about 40% more often than does Smith.

Hamilton  is the superstar of the top 25 surnames, appearing more than twice as often as Smith and 40% more often than the second-place name, Freeman. William D. Hamilton is always referred to using his middle initial because Wikipedia has pages for 48 different William Hamiltons.

Most surnames in Britain are about 700 years old, and therefore, according to economists” assumptions about there being moderate levels of social mobility, every name should be almost equally distributed up and down the social ladder.

They”re not. As Clark documents, there appears to be much less social mobility than has been assumed: “Elite surnames can take ten or fifteen generations (300-450 years) to become average in status.”

Or longer. For example, Norman monikers like Darcy, the surname of the love interest in both Pride and Prejudice and Bridget Jones’s Diary, go back all the way to the Norman Conquest of 1066. One of Clark’s co-researchers told the Daily Mailin 2013:

Just take the names of the Normans who conquered England nearly 1,000 years ago. Surnames such as Baskerville, Darcy, Mandeville and Montgomery are still over-represented at Oxbridge and also among elite occupations such as medicine, law and politics.

Economists have made two major theoretical mistakes that led them to overstate social mobility. First, they assumed that social mobility multiplies at the same rate with each new generation. If the correlation coefficient (a mathematical concept invented by Galton, by the way) of income between father and son is 0.4, then between grandfather and son it was imagined to be 0.4 squared or 0.16. Instead, it’s somewhat higher (0.26 in one study) due to regression toward the mean (another conceptual innovation of Galton’s). If a rich man has a son of only average income, his grandson is likely to earn somewhat above average.