Give Me Liberty or Give Me Something Better 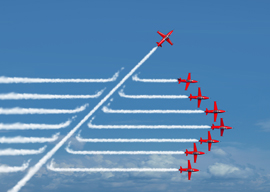 There is no libertarian moment.

Contrary to popular opinion, the self-styled “liberty movement” is not ushering in a new era of freedom. Friedrich Hayek’s books aren”t flying off the shelf. Rand Paul’s sclerotic presidential campaign isn”t months away from downing Hillary Clinton. Libertarianism as a philosophy is still relegated to all-male conferences and basement-dweller Facebook pages.

You wouldn”t know that by the gleeful headlines running in certain libertarian publications, though.

“A little thing called frustrated nationalism got in the way.”

It’s so bad that Nick Gillespie could step on a pile of dog shit and abstract an impending Gary Johnson administration from it.

The buzz around the “libertarian moment” emanates from an August 2014 New York Times Magazine article. At the time, libertarianism felt ascendant. Senator Paul was “the most interesting man in politics.” Social conservatism was on the wane, with the Supreme Court’s Obergefell decision less than a year away. The creatively destructive sharing economy”represented most prominently by Uber and Airbnb”dominated headlines.

What happened to our great libertarian future? Why aren”t we looking forward to a reciting of The Law at the inaugural address and a shuttering of the Federal Reserve?

A little thing called frustrated nationalism got in the way.

Donald Trump lit the fuse of the 21st century’s biggest powder keg: uncontrolled migration from the Third World into the West. His nonpareil presidential campaign finally brought attention to the loss of sovereignty and cultural cohesion that Western countries are experiencing by welcoming untold numbers of foreigners.

The Republican-base voters whom libertarians hoped to convert put down Milton Friedman when thousands of undocumented minors poured through America’s southern border. They turned off John Stossel when Muslims took over whole European neighborhoods. When Islamic terrorists shot up Paris and bombed Belgium, it was “bye-bye” individualism and “hello!” collective security.

Trump won the GOP primary contest by proposing to ban Muslim immigration, “bomb the shit“ out of ISIS, and build an actual wall along the Mexican border. Libertarians decry all these measures as authoritarian, racist, and fascistic. They don”t seem to realize that nobody is listening to them. By and large, the Republican electorate supports these measures.

Why the big misjudgment on the political landscape? Libertarians missed the emergence of the “national question“ because they don”t think in terms of nations. For them, borders are a government construct, and because the state enforces them, they are illegitimate.

They don”t realize that while national governments establish borders, they serve a real and meaningful purpose. As paleocon columnist Sam Francis wrote, “National borders are both legal and cultural, separating one people and state from others.”

Just as we separate our homes via fences and grass lines, so we separate our countries. The arrangement isn”t perfect, but it’s not a terrible way of organizing people and establishing similar bounds of conduct within large geographic areas.