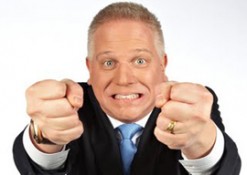 I’ve somehow missed out on the Glenn Beck phenomenon. My entire exposure to the guy has been from his occasional appearances on the O’Reilly show, which I watch from long habit. Beck’s persona there is goofy. He giggles, hams, pulls faces, and banters with O’Reilly. It’s entertaining, which of course is what it’s intended to be—a bit of light relief in among the Big Mick’s newsier items.

I’ve never caught Beck’s own show, though, or read any of his books. That’s not from any aversion: I just don’t catch much radio or TV, and read books mostly for money (i.e. reviewer’s fee). My entire image of Beck has been of that amiable jokester on O’Reilly.

Well, plainly Glenn Beck has a more serious side, and some major promotional skills too. His August 28 rally at the Lincoln Memorial was a big success, and very serious in intent. It called Americans to their traditional virtues of self-support, self-reliance, and suspicion of the revenuer. It honored the armed forces and family life. There was a strong religious theme. Beck urged the crowd to: “Recognize your place to the Creator. Realize that He is our king. He is the one who guides and directs our life and protects us.”

“If Beck tries to become anything more, the liberal elites, with establishment Republicans in the lead, will toss him overboard without a qualm.”

Beck’s Lincoln Memorial crowd is not my crowd, for reasons I’ve explained at length elsewhere (and long since taken my lumps for—spare me the emails). Had I been at the rally last Saturday I’d have been silently grumbling to myself the usual pedantic grumbles that come to me in gatherings of that kind: Don’t Americans know any other hymns besides “Amazing Grace”? Has everyone but me forgotten that Evangelicals were hot for Jimmy Carter in ‘76? Etc., etc.

Reflecting on the event, and scanning through some of the commentary on it, I’m left with mixed feelings, the center of gravity of the mixture well in the pessimistic zone.

On the one had, of course I was glad to see the Beckites/Tea Partiers out there in such numbers, and glad for the success of the rally. They jabbed a finger in the eyes not only of the left-liberal elites, but of the clueless and pusillanimous Republican establishment, who wouldn’t touch Glenn Beck and his followers with a barge pole, other than to coo some sweet nothings at them when there are votes to be harvested. I hate liberals and I regard the Republican establishment the way Evelyn Waugh‘s friend regarded the modern world: “with calm despair.” So put me down as, if not precisely pro-Beck—still not knowing enough about the guy and his views—quite definitely anti-anti-Beck.

On the other hand, as with most conservatism nowadays, I was left with the impression of a crowd of people marching east on the deck of a west-bound ship. The underlying concepts of Beckism are all liberal. They dare not be otherwise, or Beck would lose his TV show, his O’Reilly spots, his publisher and sponsors, Sarah Palin (and all his other links to official Republicanism), and be cast into outer darkness. To pursue the ship analogy, he would have jumped overboard. All public displays in our society, from 30-second TV commercials to Acts of Congress, are constructed on liberal premises. That’s the direction the ship is sailing—westward, to the left.

* the impossibility of continuing federal entitlements at anything like their present levels;
* the radical reduction in public services and public employment that would follow if tax rates were lowered to the degree Beck and his supporters claim to wish;
* the mad folly of giving settlement visas to a million foreigners a year when unemployment stands at ten percent;
* the doubleplus-mad folly of permitting illegal settlement of millions of Mexican and Central American peasants to form a permanent new underclass making huge new demands on government services;
* the gross and pointless squandering of public monies on crackpot schemes of education reform;
* the certainly and inevitably nation-destroying effect of permitting public employees to unionize;
* the impossibility of effective law enforcement without racial profiling;
* the absurdity of waging war not to crush and demoralize the enemy, but to transform his nation into 1955 Oklahoma.
* the infantile narcissism of believing that all life’s ills have a remedy in law;
* the contradiction inherent in wishing for a health-care system that (a) has no socialist component, or only a modest one, while (b) providing every known treatment or level of care to every condition for everyone;
* the doubleplus contradiction inherent in the previous bullet point when the genome can be cheaply and rapidly sequenced.

Beck himself is a smart man who knows plenty of true things. Following Gates-gate last year, Beck said that Barack Obama nurses “a deep-seated hatred for white people or the white culture.” That is certainly true: the truth of it shines out from every page—and even from the title!—of the President’s autobiography

. Unfortunately it is not a liberal truth, so Beck has been apologizing for it ever since in the most groveling, abject terms.

Political scientist Karl Wittfogel coined the phrase “a beggar’s democracy.” This refers to the more relaxed sort of despotism in which the lower orders—the beggars—are permitted some modest freedoms of expression, so long as they do not challenge the basic assumptions of the state ideology too boldly.

Frederick the Great boasted that his people were free to say what they liked, so long as he was free to do what he liked. Early 21st-century America is dominated by mass media in a way that Frederick’s Prussia could not be, so the formula has changed somewhat. Like Frederick’s subjects, we are free to say what we like. If we wish to be heard outside the bar-room, though, we are free only to say what liberals approve of, or at least don’t disapprove of too much. We may stroll east along the ship’s deck, and peer wistfully from the taffrail at the disappearing vision of our homeland, but we may do nothing to impede the ship’s westward progress. The engine room is strictly out of bounds—there are armed guards posted.

We live in a beggar’s democracy. Glenn Beck is our current Beggar-in-Chief. If he tries to become anything more—and I suspect he is too smart, and making too much money, and having too much fun, to essay the attempt—the liberal elites, with establishment Republicans in the lead, will toss him overboard without a qualm.