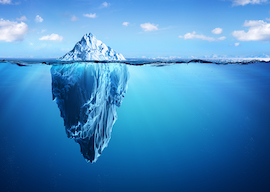 We hear an awful lot these days about the lamentable prevalence of mental cruelty being inflicted upon children, so it is with this in mind I reflect on the millions of apparently traumatized teenagers around the world who have taken to the streets recently to vent their fury and express their grief because they believe their world will soon end in a blistering heat wave caused by greedy capitalists; most if not all of whom are presumed white and led by a supervillain called Donald Trump. We are hearing of children in their millions suffering from “climate grief,” “eco-anxiety,” and deep depression. Mr. Scott Morrison, the Australian prime minister, has referred to the “needless anxiety” being caused to the young.

This is truly sad, and while I empathize with them, it is only because they know no better, and this is where I point an accusing finger at the media and the children’s tutors, teachers, and lecturers. Such has been the potency of the propaganda these young people have been bombarded with, one can understand why they have jumped to the certain conclusion that they—and indeed we all—are doomed. So woeful is the message being broadcast, one wonders why they are even bothering to protest, because we are told the damage done by their elders is so severe, apocalypse is certain.

The public face of this youthful “revolution” is a charmless 16-year-old, Greta Thunberg, from Sweden; an instant media-manufactured sensation who pours vitriolic scorn upon an older generation she believes has done little else other than consume and destroy. I cannot help but think this entire discussion might have been more constructively pursued had the mighty media moguls who created this panic selected someone more civil and likable than this nasty little girl. She presumes herself to be blessed with divine wisdom denied the rest of us stupid earthlings, who, despite our age, and in some cases, earnest efforts, remain confused and uncertain about much that afflicts our lives and the world in which we find ourselves.

“Just as powerful people once proclaimed the world to be flat and woe betide the dissenters, the same rules apply here.”

This hysteria she has helped create might have been avoided had the information she and her acolytes have been fed been a little more balanced, but this is a single-script narrative with the likes of CNN, Sky News, and the BBC dictating the story. The liberal fascists who run the BBC, being infallible, have decreed that there can be no challenge to “climate change” theory as it is accepted as “happening” and therefore cannot be denied or even questioned. So, no need to broadcast any alternative view whatsoever. Just as powerful people once proclaimed the world to be flat and woe betide the dissenters, the same rules apply here.

I remember when I was a teen, worrying about the “acid rain” that was going to destroy all forms of aquatic life. I also remember being told the world was about to run out of oil and that a new ice age was coming. Later, we were told the world sea levels were rising and the Maldives would soon be underwater. Then along came Al Gore in 2008 to inform us that the arctic would be ice-free by 2013 and polar bears would soon be extinct. (The ice caps are thicker now in places and the polar bear population is said to be growing.) It was only ten years ago when that other great prophet and scientist, Prince Charles, warned us we have little time to act decisively and save the world from man-made destruction.cIt seems none of the doomsayers have gotten much right, and yet their voice is rising and, incredibly, their credibility remains intact! Now we have Greta!

A great pity how this has played out because watching the youthful being mobilized, I am reminded there is so much to be said in favor of creating a sense of environmental awareness among the younger generation. Not to be misunderstood, I am very aware of the damage being done to our planet by humans, and if the new generation can be motivated to address those problems then that’s highly commendable. But that is unlikely to happen and the simple reason is they are not being told the truth.

For instance, they are not being told that, according to the Helmholtz Centre for Environmental Research, just ten rivers carry 90% of the plastic into the sea and all these systems are in Africa and Asia—not in Europe or America, where pollution controls are stringent and enforced. They are also not being told that the industrialized West is only responsible for roughly 25% of the world’s carbon emissions, while pollution levels are rising in the Third World. Little or nothing about the thermal power stations popping up all over China and the lack of environmental controls there.

And not a whisper in the “virtue signaling” wind about the fact that the biggest environmental catastrophe currently unfolding on planet Earth is caused by overpopulation, and the most explosive numbers are right here. The population of sub-Saharan Africa is set to double in thirty years and quadruple in ninety. This, against a backdrop of collapsing economies and infrastructure, with desperate people already flooding into Europe in search of a better life.

Too many subsistence people are causing rapid deforestation, pollution, acidification of watercourses, soil erosion, and the decimation of wildlife. Many rivers and lakes in Africa are indeed lifeless, and not only because of pollution but because there are too many people with too many fishing nets and they have eaten all the fish. If apocalypse is nigh anywhere, it’s right here, close to where I write, but this gargantuan elephant in the room gets absolutely no attention and seems to cause no concern simply because the organizers of the “climate change” hoax are liars and frauds and they don’t have the guts to identify, let alone confront, the chief problem that demands immediate attention: uncontrolled birth rates in the developing world, especially Africa.

I read former president Barack Obama is totally behind Ms. Thunberg and the message she is sending. Well, if he believes it’s all true and sea levels are set to rise imminently, why is this much-loved bullshitter buying a $15 million home on the U.S. East Coast, only ten feet above sea level? Maybe he should dig deep, explain himself honestly to the millions of teenage disciples who revere him, and help them relax and get some sleep.