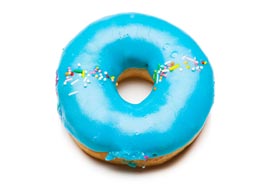 I hate sweet drinks”Coca-Cola et al.”so passionately that I grow angry whenever I see someone buy or drink one. I hate their taste, I hate the horrible plastic bottles in which they come; to see people carry them around with them as if they were dolls or comfort blankets infuriates me. It appalls me worse that anyone actually likes them. The drinks don”t relieve thirst, they merely create it and make their drinkers wish for more: a perfect recipe, from a certain unscrupulous commercial point of view.

I was therefore secretly pleased to read in a paper published recently in the British Medical Journal that those who drink these disgusting concoctions are more likely than others to develop type 2 diabetes”the type that is increasing throughout the world at an alarming pace, and in some countries even threatening to reverse the increase in life expectancy to which of late decades we have grown accustomed as part of the natural order of things and now think of almost as a human right. Such diabetes is not only the wages of sin”gluttony”but of something that affects our everyday lives even worse, namely mass bad taste.

Of course, the paper in the BMJ can be criticized. A statistical association is not by itself proof of causation, though I should be surprised in this instance if the relationship were not causative. Again, in my heart of hearts I hope that it is. It would restore my faith that the universe is just.

“We need more self-control in matters of food consumption than ever before, unfortunately just as self-control has been derided as an inherently oppressive or even ridiculous notion. “

Things are worse in Britain and America, of course, than anywhere else, because the populations of those two great nations, having no proper culinary tradition of their own, are so childishly attracted to mass-produced muck. Only in such countries could you sell industrially prepared doughnuts with blue icing; people eat with their eyes, not with their mouths, and consider two qualities to be of supreme importance: color and quantity.

As to color, what attracts them is brightness, that is to say colors rarely or never seen in nature but only in Disney cartoons and in the logo of Toys “R” Us. They choose like magpies, but without the excuse of having a bird’s brain. The colors of MacDonald’s restaurants bear this out: They offend the eye of anyone except a very young child.

As to size, it obviously matters. But in what kind of culinary culture could a product advertise itself, apparently with success, as a Whopper? The answer, of course, is crude and childish. We are almost back to the stage of some of the Stone Age tribes of New Guinea, who, at a feast, eat so much pig meat that they die of acute protein poisoning afterward. Except that we do not have their excuse of living in conditions of food insecurity in which the possibility of feast is very uncommon. Increasingly in our supermarkets it is difficult to find small portions of anything, which is a paradox because more and more of us are living alone and therefore need small portions. But once you have bought more than you need it is tempting to eat it because not to do so seems a waste, though in fact it is just as wasteful, and bad for your health to boot, to eat more than you need or even want as it is to throw it away. We need more self-control in matters of food consumption than ever before, unfortunately just as self-control has been derided as an inherently oppressive or even ridiculous notion.

Not long ago I read a book by Dr. Robert Lustig about the evils of sugar. It was abominably written but came, persuasively enough, to the conclusion that John Yudkin, a professor of nutritional science, came to 40 years ago or more: namely that sugar was the root of all evil (Yudkin’s famous, but also neglected, book had the splendid title Pure, White and Deadly).