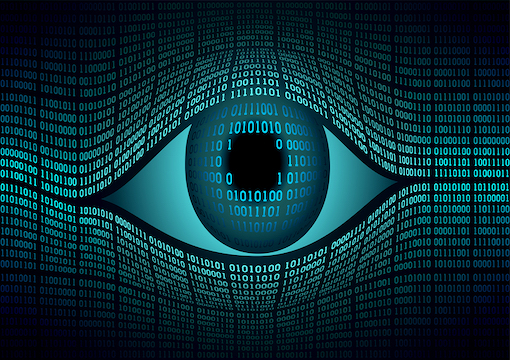 COVID-19 is the coveted excuse the global elite have been looking for to push through their agenda.

Washed-up former leaders sensing a second opportunity to rule, such as Gordon Brown and Mikhail Gorbachev, have already said the crisis means it is time “to create a temporary form of world government,” and to “revise the entire global agenda.”

Our would-be world rulers are on a deadline. Failure to act immediately threatens to give more power to recent populist movements and turn the globalization project into The Tower of Babel: Part Deux. Henry Kissinger articulated this fear recently in The Wall Street Journal:

The (economic) contraction unleashed by the coronavirus is, in its speed and global scale, unlike anything ever known in history…. The pandemic has prompted an anachronism, a revival of the walled city in an age when prosperity depends on global trade and movement of people…. [The] historic challenge for leaders is to manage the crisis while building the future. Failure could set the world on fire.

The elites have attempted to construct world government before. The hope after World War I was in the League of Nations, but it failed. Likewise, the United Nations was the second attempt in the aftermath of World War II, but Joseph Stalin balked at joining what would’ve been world government with America at the helm.

In the decades that followed, the globalists pinned their hopes on campaigns hyping various crises; first overpopulation and then looming ecological disaster (the coming ice age, global warming, and finally climate change). When the globalist Club of Rome think tank released their second book in 1991, they admitted to searching but failing to find that perfect crisis:

In searching for a new enemy to unite us, we came up with the idea that pollution, the threat of global warming, water shortages, famine and the like would fit the bill….

Those causes moved the ball downfield but failed to score a touchdown. What those doomsday campaigns with their projections and models lacked was a wolf at the door. A threat so imposing that it would justify global governance now.

This is what makes the coronavirus pandemic the ideal vehicle for global government: It is the unprecedented, universal enemy of all nations. The 20th-century political philosopher Carl Schmitt (who is incidentally experiencing a revival amongst China’s intellectuals) observed that “the notion of a world-state is absurd as long as humanity is not at war with an alien force.” Perhaps that is precisely what COVID-19 is now.

Current governments are in a tremendous double bind at this point, which very well may aid the globalists. They don’t know whether to keep people locked inside and start an economic depression or to start the economies up and aggravate the pandemic. The trouble is that we cannot truly open up the economies again until we have the virus contained. Studies are suggesting this cannot be done until there is a vaccine. But then once there is a vaccine, how will we know who has been vaccinated or who has received immunity from the disease?

This is where step 1 for global government—a digital identification system for everybody on the planet—comes in. Bill Gates started a controversy a few weeks ago when he said in a Reddit question-and-answer thread:

Eventually we will have some digital certificates to show who has recovered or been tested recently or when we have a vaccine who has received it.

People soon put together that Gates and Microsoft had already been one of the partners of ID2020, a recent program to “leverage immunization as an opportunity to establish digital identity…a computerized record of who a person is, stored in a registry. It is used, in this case, to keep track of who has received vaccination.”

The totalitarian implications, which had critics quoting the Book of Revelation, were enough to prompt Attorney General William Barr to say he’s very concerned about Gates’ proposal and “the slippery slope in terms of continuing encroachments on personal liberty.” The next attorney general, perhaps one not nominated by a populist Republican president, will likely not be as alarmed.

For many observers this hypothetical world government would in practice mean kowtowing to Chinese rule. The premier advocates for world government, such as former Secretary General of NATO Javier Solana, already believe China has not been given “the degree of influence over global governance structures that it merits.”

This all seems to point to the communist and capitalist elites in China and America finally going public about their relationship, and sharing the famous socialist kiss. No one should be surprised by their entanglement, though at first glance it seems like a political contradiction.

China has the world’s second-largest number of private billionaires (don’t tell Grandpa Bernie). American companies such as Google already work on censored search engines for the communist Chinese, and have given themselves over to working on Chinese military projects (prompting Peter Thiel to accuse Google of treason).

It was Henry Kissinger, the face of the American “deep state” for over fifty years, who went on a secret mission to open up China to the West in 1971. Two years later it was David Rockefeller, accompanied by six members of Chase Bank, who said that “the social experiment in China under Chairman Mao’s leadership is one of the most important and successful in history.”

As China’s reward for its incompetence regarding COVID-19, the global elite may soon run a world government through them. Although China has sparked illness and financial ruin for millions if not billions of people, why would politicians let a crisis of this magnitude go to waste?