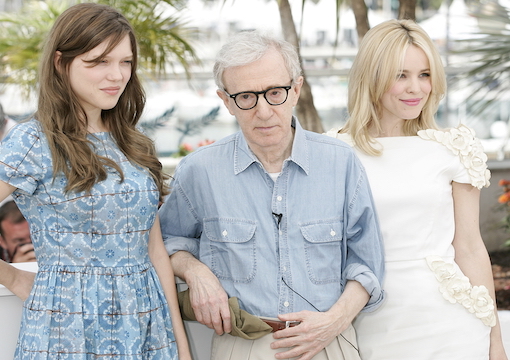 GSTAAD—I was hoping to leave this virus-besieged village for the Bagel, especially after some jerk drove up from Milan and, not feeling his best, attended a party given by a woman who is as obese as Vivien Duffield and just as pushy. An item appeared in the press about the shindig and some people thought it was yours truly. The jerk was described as 76 years old, muscle-bound, and a playboy. I am 83, loose as a goose, and a Stakhanovite. What I have in common with Italians are two grandchildren who are half-wop, and the Mussolini Fascist salute I reserve for friends and family. The latter should be enforced worldwide, as it keeps the virus away.

Once word got out that the virus had arrived, the place went into lockdown. The fat old rich who don’t ski panicked first, staying indoors and incommunicado. This was the good news. Even better news was that I went skiing with my son and never had a better time, although he did have to wait at times. The snow was unexpectedly good, and there was plenty of it. My trouble is that I look down from a south-facing veranda and see green fields. But there’s plenty of the white stuff elsewhere, and I took full advantage all week, skiing slowly these days, but still taking on all mountains and slopes. My boy has been a very good companion, and he has lots of young women hanging around, which helps almost as much as the good snow conditions.

On a more serious matter, the deficiencies of globalization are revealed when people lulled to sleep by E.U. con artists wake up to countless threats. Viruses and millions of immigrants, for starters, while the unelected scrubbers in Brussels drink and make merry at our expense. The lefty mainstream media is complicit as hell in the latest fiasco, more concerned that no Chinese person feels insulted than about what the criminal commie government tried to conceal.

“The Mussolini Fascist salute should be enforced worldwide, as it keeps the virus away.”

Globalization is a fait accompli. There is no turning back, alas. But a reexamination of our reliance on China as ground zero for manufacturing needs a second look. Trump’s tariffs on Chinese goods were long overdue, but then up popped the virus, so people put two and two together and got five. The Chinese rulers are bad and mad, but they didn’t infect us on purpose. Still, China took away factory production from Uncle Sam, and I’d like to see the good uncle claim the jobs back. But will Americans sit in large numbers behind sewing machines stitching up clothing? Nah, the jobs should leave China and head for Vietnam and Bangladesh. Americans watch too much television and cannot stay awake over assembly lines fitting electronics into circuit boards. Also one needs strength of character and patience to work on an assembly line, and Americans are now too feminized by constant #MeToo propaganda to be able to hold firm. Plus they cry so easily now, and everything upsets them. They actually root for movie superheroes to defeat super-monsters and so on. The whole race has been dumbed down to cretin levels.

Which brings me to Woody Allen. It used to be called being railroaded, now it’s called justice. Justice for whom, I ask you. Mia Farrow is a fabulist who has a Medea-like revenge in mind because Woody dropped her and went for a young South Korean whom Farrow had long ignored and maltreated after having adopted her for the publicity. The two Farrows, Ronan and Dylan, I think of as egregious liars and publicity freaks. Woody was twice judged innocent of Dylan’s charges in the ’90s, yet the cancel culture prevails and kills Woody’s memoir. In other words, how dare he publish something that Mia and Ronan and Dylan don’t agree with? The trio would have fitted in nicely back in the ’30s in Berlin. Woody Allen, as good an artist as there is nowadays, is canceled by three of the biggest phonies on the planet, and Hachette plays along, as outrageous an injustice as there is, but par for the course. Cowardice is not new, especially in movies and publishing.

America has turned into a bad joke, a paradise for phonies, obese transvestites, self-important grievance-mongers, foulmouthed whiny women, vomit-inducing feminists, and malicious New York Times hermaphrodites. Not that France is any better, but at least the Frogs had the guts to give my friend Roman Polanski first prize. I was around Polanski the year this latest rip-off artist claimed to have been raped by him. Believe me, six years after his wife and baby were savagely slaughtered by the Manson gang, Roman had no need to rape anyone, they were coming at him with a vengeance. Just the idea that the woman in question kept silent all these years and then suddenly went public the day his great film about Dreyfus came out should ring a bell—a bell to wake us all up about what is happening around us. The phonies have taken over and are using strong-arm tactics to silence anyone they don’t agree with. They want to remake man and society in their own image. Well, it is time we stood up and told them to shove it. Toby Young’s Free Speech Union is a good start. I am not as intellectually advanced as Toby, so my message is: Don’t even try, everything you say is a lie.