Going out With a Bang Instead of a Whimper 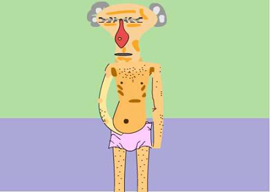 As I was stuck in New York’s Pennsylvania Station (“lead us not into Penn Station…”) waiting for a commuter train home and mooching vaguely around in the news outlet, the May 28 issue of New York magazine caught my eye.

Michael Wolff’s cover story concerns his aged and incapable mother living a semi-vegetable life in a “care facility.” The cover shows a 1950-ish photograph of a good-looking woman. It is captioned, in successively smaller print:

I Also Wish You Were Dead.

And I expect you do, too.

The article is a plea for what, depending on your metaphysical inclinations, you might call “death with dignity,” “euthanasia,” or “state-sanctioned killing of the helpless old.”

I bought the magazine to read on the train going home.

New York magazine is an unlikely purchase for me”it’s a lefty-metrosexual-fashiony thing filled with subject matter of zero interest to me and with advertisements for things I shall never buy. In some cases I do not even understand what’s being sold (“latitude and longitude cufflinks”…wha?). In other cases I actively deplore what’s being sold (“designer children’s wear””right, let’s get the little tots on the consumerist-fashion treadmill as early as we can). This issue’s “Intelligencer” page featured an array of 36 celebrities. The only one I”d ever heard of was Angela Lansbury. I think the last time I bought an issue of New York was in some year beginning “197-.” So, no, I”m not a big reader of New York.

I have therefore puzzled over why that particular cover got my attention so successfully. Wolff’s topic is of no pressing personal interest to me. My own parents are long gone: Dad in 1984, aged 85, after a blessedly brief encounter with Alzheimer’s; Mum in 1998, aged 86, after a much more grueling years-long incapacitation by strokes.

I’m no spring chicken”I shall turn 67 next week”but actuarially speaking, I’m a couple of decades away from the horror zone Wolff describes, and thoughts of it do not press on me uncomfortably any more than they did when I was 47 or 27. The Angel of Death has apparently taken an interest in my little suburban log cabin recently; but that’s more in the context of a Blighty One than of the lingering, grisly, stripped-of-all-dignity, suffering geriatric helplessness Wolff describes:

I am a somewhat death-haunted person”not an especially uncommon personality quirk, certainly not among the English. I can remember how in early childhood I used to scandalize adults by asking them what it’s like to be dead. (One dry old uncle: “Quiet, very quiet.”) My attention is naturally snagged by stories of the various kinds of journey from this place to the other.

Wolff is writing about his mother’s journey, one that is unbearably gruesome to contemplate, intolerably prolonged, but more and more commonplace.

His article comes with a longer-than-usual comment thread, which does not surprise me. My occasional postings on this theme have always drawn numerous comments. People have strong opinions about this.