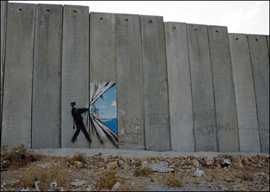 It takes courage to confront Israel on the battlefield. Egypt, Syria, and Jordan’s puffed-up armies learned that lesson in June 1967, when six days of combat forced them to throw in the towel. Courage is also necessary to take on Israel in the court of public opinion, something the once-respected South African jurist Richard Goldstone ought to have considered. When he accepted the United Nations” invitation to investigate Israel’s military assault of December 2008 and January 2009 on the Gaza Strip, he took precautions to avert attacks on his character. At the beginning, he said, “I insisted on changing the original mandate adopted by the Human Rights Council, which was skewed against Israel.” Israel could not have asked for a more sympathetic investigator of its army’s behavior during its invasion of the Gaza Strip. Perhaps Justice Goldstone believed that, by accepting Israel’s terms of reference and emphasizing his own commitment to Zionism, he would avoid being smeared if his inquiry turned out to be anything other than a commendation to the Israeli armed forces for a job well done. If so, he discovered how wrong a good lawyer can be.

“When the operations began, the Gaza Strip had been for almost three years under a severe regime of closures and restrictions on the movement of people, goods and services. This included basic life necessities such as food and medical supplies….These measures were imposed by the State of Israel purportedly to isolate and weaken Hamas after its electoral victory….”

As a renowned lawyer, Goldstone knew that an embargo”such as when Egypt closed the Straits of Tiran to Israeli shipping in 1967″constitutes an act of war against which the aggrieved party is entitled to defend itself. Ignoring the proximate cause of Hamas’s futile deployment of homemade rockets against Israel was like condemning America for attacking Japan in World War II without any reference to Pearl Harbor.

Rather than appearing “skewed” against Israel, the Mission refrained from asking basic questions:

Why do 1.6 million people dwell on a narrow strip of sand between Israel and the Egyptian Sinai, when most of them, their parents, or their grandparents were born in villages a few miles away in what became Israel in 1948?

Does Israel’s occupation of the West Bank and Gaza have any connection to the violence undertaken by the occupied population?

Does Israel have any obligation to observe UN Security Council Resolution 242 calling for its complete withdrawal from territories it occupied in 1967?

Do Israel’s attacks on Gaza and its seizure of land in the West Bank serve to undermine Palestinian voices calling for peaceful coexistence and do they fuel the radicalism of Hamas and its allies?