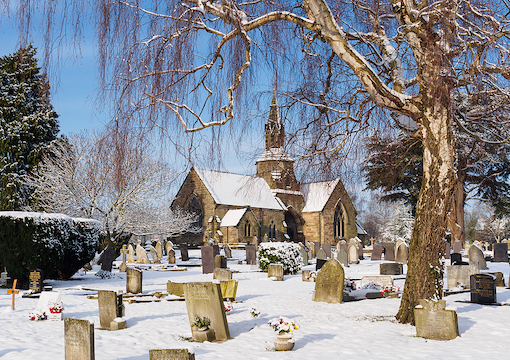 It is 55 years since my friend, M.….. D……, died. I was 16, he was a few months older. He had suffered all his life from terrible asthma, which had deformed his chest. At the time the most effective relief from acute exacerbations, which he experienced very frequently, was provided by isoprenaline, which expanded his constricted airways but placed a strain on his heart.

I had been away on holiday for a couple of weeks and on my return went round to his house to see him. His mother answered the door (she was a single mother, though whether she was widowed, divorced, or had never been married, I did not know and had never asked, such was the cultural reticence of the time, which had somehow been communicated even to us at a young age). I asked to see my friend and she said, with an expression half of grief and half of bitterness, that he had died.

The unexpected news went straight to my legs, as it were, which went suddenly weak. She described his death. He had had another attack, a more than usually severe one, and she had called an ambulance. The telephonist had insisted upon taking down irrelevant details before dispatching an ambulance, while her son in the background was saying, “I’m dying, I’m dying!” He was not the kind of boy to say that he was dying unless he were dying, and he was right, he was dying. In fact, he died about a minute or two before the arrival of the ambulance. Whether he might have been saved if it had been dispatched straightaway must remain forever unknown.

“How shallow are our psychological theories and beliefs, that seem to imply that there is some technique by which all griefs can be overcome.”

Then his mother said something that has remained with me all my life. She had another son, 2 years old, handsome but something of a ne’er-do-well. She said, “I wish it had been him instead.”

I fled, never to return. I was far too young and callow to have known what to say in response, or to find even minimally consolatory words. And now, in all probability, my friend’s mother is herself dead, though it is not beyond the bounds of possibility that she is still alive. At any rate, the likelihood is that she had to live for many years with this never-to-be-forgotten tragedy. It would not have been present in her mind continuously, of course; but it must surely have colored the rest of her life, and would not have been forgotten in the sense that she could not recall it. The memory would have been like a beast in a lair, preparing to emerge and spring at any moment.

M…… D…… was a brilliant young man, intellectually very gifted, who, I am sure, would—if he had been spared—have become an eminent scholar, and probably a professor (not, alas, the same thing these days). How far his physical disability forced him to concentrate upon his intellectual gifts I cannot say; no career more physically demanding than scholarship would have been open to him. But he was not only intellectually gifted, he was, if I may so put it, morally gifted, too. He was a good young man, and I never heard him utter a cruel or unkind thing. I was aware that he was a better person than I was myself, and though I found his mother’s exclamation, that she wished it had been her other son who had died (on the assumption that one of them had to do so), terrifying in the intensity of its grief, I could understand it.

Between forty and fifty years later, I stayed a few weeks in the small town of Yeovil in the South West of England (which our GPS system insisted on pronouncing You Evil). My wife, a doctor toward the end of her career, was standing in for another doctor in the local hospital. Often, I would go for a walk, my favorite place being the rather beautiful municipal cemetery (the English are, or perhaps I should say were, very good at cemeteries).

In the cemetery was the small tomb of a child who had died, age 2, nearly half a century before. On the tomb was a little vase, containing a fresh flower. I was much moved by this simple symbol of remembrance. I was almost unbearably moved, however, when I paid a visit to the cemetery two years later. The vase was still there, and in it was a single fresh flower.

I imagined an aged couple, bent by time, still coming regularly to the cemetery to place a single flower on their dead child’s grave, perhaps—even probably—their only child’s grave. What a depth of grief that single flower represented, how eloquent and yet how private and dignified! And I thought then of how shallow are our psychological theories and beliefs, that seem to imply that there is some technique by which all griefs can be overcome, through which one could learn to “move on,” gain “closure”; and how terrible it would be if this were actually true. And I thought of the closing words of Wittgenstein’s Tractatus: Whereof one cannot speak, thereof one must be silent.

I am not sure that I have caught the meaning of these words correctly, or that I have not misapplied them, but they nevertheless seemed to me appropriate to this small anecdote. In my reverie also I imagine this old couple, kindly, decent people, who made a good life for themselves after the death of their child but throughout carried grief in their hearts.

Sometimes, especially nowadays, I have fleeting and illicit feelings of envy when I think of M…… D……: At least he was spared the Sturm und Drang, the clinging to the raft, the Medusa that is so much of human life. But then I think that, really, I have had a good life—quite undeserved, of course, like my friend’s death.