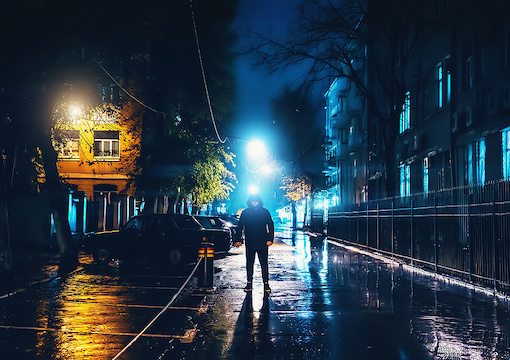 Given the news that a Dutch investigative journalist specializing in crime had been shot dead by a drug cartel keen to stop his reportage, you could be forgiven for asking what a Dutch journalist was doing in Mexico in the first place. In the great age of European multiculturalism, however, it was not necessary for Peter R. de Vries to leave his native Amsterdam to take a bullet in the head. Now the E.U. brings the drug cartels to you. And they are not from Mexico but Morocco.

Amsterdam is famous for many things, including legalized marijuana, licensed prostitution, and diamonds, which makes for quite a weekend. But its main growth industry would seem to be cocaine. As for the wholesalers and retailers, never let it be said that Moroccan Muslim migrants to Amsterdam lack enterprise or initiative. For it is Moroccans who run the Amsterdam cocaine business, Moroccans who shot a lawyer working on a case against them, and almost certainly Moroccans who shot Peter R. de Vries, or arranged the hit. The BBC joyously included the detail that one of the arrested suspects is “a Polish national,” as though Muslims are only allowed to hire hitmen who know their cousin.

Islam operates with impunity in the Netherlands, as Vincent van Gogh’s descendant Theo (the same name as the artist’s brother) would attest, if he hadn’t been decapitated in an Amsterdam alleyway in 2004 by a Muslim who took exception to a film critical of Islam and directed by van Gogh (and written by Ayaan Hirsi Ali).

“Wilders quite simply wants no Islam in the Netherlands, and would ban the Koran if in power.”

So, Moroccans are running the cocaine business in one of Europe’s most famous cities, and the local equivalent to General Motors is known colloquially as the “Mocro Mafia,” headed by gang boss Ridouan Taghi, a man whose capture in Dubai in 2019 and extradition to the Netherlands means that although he is inconvenienced by imprisonment, jail is simply a rent-free office from which to run his business affairs. Taghi also faces trial for other alleged contract killings. He and his henchmen are not precisely the positive social capital the Dutch government claims they are, and one major Dutch politician has said so.

Geert Wilders is often described as “flamboyant,” but the reference is really to his extraordinary hair, a bottle-blond coiffure that makes him look like a member of a 1980s British synthesizer band on a comeback tour. The curious thing is, he is probably the most recognizable man in Holland, which may be less than advisable for a politician who receives death threats, due to his perceived racism, the way you and I receive spam email. Wilders is so unrepentantly racist he married a Hungarian Jew. However, he is “Islamophobic,” and that is to Europe what “racist” is to the USA.

Wilders’ decision to form his own party in 2005—the PVV or Partij vor de Vrijheid (Party of Freedom)—was based on his objection to the Dutch center right’s approval of Turkish entry into the E.U. It is clear that any such admission would flood the E.U. with even more Islamic immigrants, all moving freely under the Schengen Agreement, which allows free passage across Europe until the arrivistes find the country with the best welfare system.

Turkish prime minister Recep Tayyip Erdoğan—you will know him as the man who gets angry every time a country accepts the reality of the Turkish massacre of Armenians during WWI—has threatened mainland Europe several times by weaponizing Muslim migrants. If Turkey is not granted E.U. membership—and Europeans should pray that they are not—Erdoğan was surprisingly straightforward for a politician talking about immigration. He said simply, “I will turn on the taps.”

So, Geert Wilders has always been clear about his distaste for Islam. European politicians who are anti–mass immigration are automatically tagged as “Islamophobic” (itself a tacit admission of where Europe’s new enrichers are coming from). The difference with Wilders is that he really is. He quite simply wants no Islam in the Netherlands, and would ban the Koran if in power. He has said so, many times, and is now under permanent police protection, changing addresses regularly, along with his family. This is Europe.

To the delight of the sneer-and-smear European media, Wilders has also just been re-convicted, on appeal, of “insulting Moroccans” at a rally in 2014. What did Wilders say to his followers on that fateful day, which shall live in Dutch infamy? Was it:

(a) We must see more weighted Moroccan bodies in the canals of Amsterdam, my clog-wearing friends.

(b) We will round up all Moroccans and put them to work in our famous windmills.

(c) Do you want more or fewer Moroccans in your country?

Well done if you ticked (c). Seven years after this Hitlerian tirade, a second trial has come to an end and Wilders has been found guilty, again. But he will serve no jail time and pay no fine. That wasn’t the point of the case. Wilders was forced to appeal in 2016 (the date of the first trial) or tacitly admit guilt. But the courts spanned out the appeal trial for half a decade, with all the financial drain and Kafkaesque bureaucracy that brought with it. When a deep state wants someone to shut up, it doesn’t usually resort to a head shot (unlike its immigrant population), it just uses up their time and money.

What the E.U. is doing with Islam—and Wilders recognizes this—is much the same as the Democrat demographic plan in the USA, which is to import blocs of voters in the manner suggested by Bertolt Brecht, that of electing a new people to replace the old one. It is a distant cousin of the British political ploy of “gerrymandering,” whereby electoral lines were changed in order to include or exclude a demographic advantageous or otherwise to the party in power.

The Dutch problem is that, as a certain D. Trump noted with regard to Mexicans, Morocco—and other countries in the Maghreb—is not exactly sending its best to the country that inexplicably changed its name from the cheery “Holland” to the dreary “Netherlands.” That is, unless you applaud the obvious Moroccan talent for selling drugs and shooting people in the head. The bereaved family of the courageous but now late Peter R. de Vries would agree. With the Netherlands famous for being probably the most liberal country in Europe, it may not be long before the gangs run things. Unless Geert Wilders can get there first.