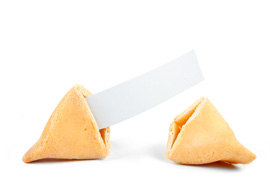 In these dark days of the republic, sourpusses abound. Less than a third of the country thinks it is on the right track. Unemployment is up, confidence is down, and the economy remains a disaster area. Nazis recently got 7% of the vote in Greece. Techno-masturbatoriums such as Facebook are touted as technological innovation. Political correctness has reached the point of self-parody. The financial Rube Goldberg contraption known as the euro might explode, and the American people have become a bunch of chicken-hearted goose steppers who call the police when they experience mild social discomfort.

Despite all this, I am guardedly optimistic about the near future. Here are a few pieces of good news.

2) Society isn’t changing very quickly for the worse.
Conservatives may argue that society is endlessly worse than it was in the late 1960s. That may be true, but the rate of change is slower. In 1959, we were a society of grey-flannel-suited men and respectable housewives. In 1969, we were a society of flower children, rioting minorities, and crazy ladies. Society in 2002 wasn’t that much different from 2012. I can’t think of any crazy present-day obsessions which did not exist in 2002. The only major difference between now and 1992 is that the gay-marriage crowd is louder. Maybe liberals ran out of insane ideas. Maybe people are just sick of constant social change. Maybe further change would cause complete societal collapse. Who cares why? I’m happy things are not obviously very much more insane than they were 10 years ago.

3) Overall debt is decreasing.
Yes, yes, I know, the national debt is out of control. However, the good news is that the financial-services industry, corporations, and individual households are all deleveraging. This means the overall amount of money America owes to the world and to itself is going down.

4) Obama wasn’t as bad as people thought he would be.
A clever friend likes to put it this way: “I’m proud that my country can elect a mediocre nonentity, whatever his race.” Obama turned out more or less as I expected: a centrist of dubious competence who appointed cronies from his team. This isn’t the socialist gun-grabbing apocalyptic figure the more excitable heartland conservatives predicted. Obama didn’t raise taxes appreciably. He didn’t make a fool of himself in front of foreign leaders any more than our previous president did. He has helped run up the national debt for no apparent reason, invaded a few more countries, and for some reason he seems fond of insurance companies, but these missteps could also have been expected from the other guy.