Goodwill to Almost All Men 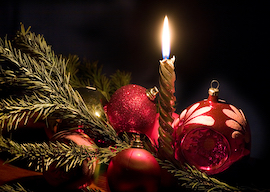 Here we are, once again writing for Takimag’s Christmas issue. Like every birthday of our Lord Jesus, this is a special one, so I want to make it count. In my sporting days, trying too hard was as counterproductive as not trying hard enough, so let’s see if this principle also applies to the written word.

Eighty-five thousand Yemeni children may have died of hunger, while 10,000 men, women, and children have been killed by indiscriminate and disproportionate air strikes targeting civilians, and that murderous megalomaniac Mohammad bin Salman and his Gulf allies are responsible. Just think of the enormity of the crime: 85,000 young lives starved to death in the cruelest way possible by those overfed criminals in Riyadh. Then picture George W. Bush, Donald Trump, Jared Kushner, and Prince Charles smiling, laughing, and breaking bread with such men.

And then switch over to soccer and Manchester City. Owned by Mansour bin Zayed Al Nahyan, with a bottomless well of wealth at his disposal as absolute ruler of the Gulf state Abu Dhabi, the club is easily lording it over the opposition by having collected every star available. Although fair play and fairness on the pitch are not the owner’s strong points, behind the scenes it’s even worse: For ever since the Gulf camel-drivers took over, the club has worked tirelessly to deceive the game’s authorities and get around UEFA’s Financial Fair Play regulations. (Inflated sponsorship deals masking covert cash injections from down south, you name it, they’ve pulled it, including threats to the accounting firm sent by UEFA to examine the cheating.)

“The moment Gulf or Saudi money is involved, rules no longer apply.”

I could have told this to anyone who would listen that the moment Gulf or Saudi money is involved, rules no longer apply. These people do not play and never intend to play by the rules, because for them oil money is God, and they know that our best and brightest will genuflect and spread their cheeks for them and then say thank you. So how about FIFA and its craven and crawling president Infantino fining Manchester City 5 billion pounds for cheating, and sending that money to Yemen in food parcels?

Let’s not get our hopes up. Perhaps if they lobotomize 99% of those governing football, a punitive fine and a Christian gesture toward those miserable wretches in Yemen might become a possibility, but not before. In football it’s all take, take, take, and in Saudi and the Gulf it’s now all kill, kill, kill. A few years back, when Baroness Lambert was still alive, I spent a weekend in the company of Kenneth Roth, her houseguest and the executive director of Human Rights Watch. Roth was collecting and I was a giver, asking him in public if any of my moola would reach the concentration camp that is Gaza. To his credit, in front of a mostly Jewish crowd, he answered in the affirmative, and answered with brio. Some rich bum—Gstaad is full of them—sneered and I upped my contribution, and Roth was terrific in standing up to someone who immediately called him a self-loathing Jew. (So what else is new?)

Now the good Roth has an opportunity to corner the fame-hungry narcissistic megalomaniac MBS (Mohammad bone-saw) by criminally probing MBS’ victory laps when the murderous bully is outside his desert hiding place. I have now given up on Trump and his stooge Kushner to stand up to the Saudis. Money to them is more important than morals, so schools, hospitals, funerals, and weddings will continue to be targeted by the Saudi and Gulf coalition, all done with Uncle Sam-provided ammo.

This is such a human catastrophe, the mind reels. The Turks, who murdered 1.5 million Armenians 100 years ago, are now posing as defenders against murder. The Likudists—I will not write Israelis because there are some very good Israelis who loathe what Netanyahu and the settlers are doing to the Palestinians as much as I do—are in cahoots with the Saudis and the Trumpists against the Iranians, who try to protect their Shiite brothers from Uncle Sam’s bombs and are defined as terrorists for doing what the Americans do for Israel. Why is it okay for America to give 3 billion per year to Israel for arms, and not okay for Iran to give to Hezbollah and Hamas to protect the minority Shiites?

Never mind, life’s unfair, as we all know, and the immoral and amoral usually win. Isolating Iran, an ancient culture, is Trump’s trump card. The widespread famine and disease, the thousands of death by starvation of innocent Yemenis—all take second place to the Trump/Netanyahu/MBS troika for making America great again. I was a Trump fan until now. But I have seen the light. Instead of curbing the export of the most evil ideology known to us at present, Salafist Islam, The Donald is encouraging it. Khashoggi was no angel. He was for the Muslim Brotherhood and for ISIS. He’s now a hero-martyr because he wrote occasionally for Bezos’ Washington Post. Journalists see themselves as sacrosanct, and he was one of them. If they had made as much noise when the Turks were killing Armenians and Greeks, perhaps murdering lowlifes like MBS would not go around ordering people sawed in pieces.

The detestable stench emanating from the Gulf and Saudi Arabia is slightly alleviated by the coming of Christmas. Goodwill to almost all men is what I say, and especially to you, dear Takimag readers. Happy Christmas.