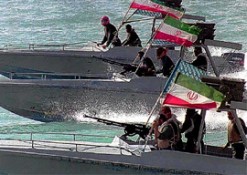 High among the blunders of history was the “blank cheque” Kaiser Wilhelm gave Vienna, after the assassination of Archduke Franz Ferdinand, to deal with the Serbs as they saw fit.

Five weeks later, Vienna cashed the check and declared war, after Belgrade refused to submit to all 10 demands of an ultimatum. Russia mobilized; Germany and France followed. And war came, the bloodiest in all of European history with 9 million soldiers in their graves.

Since June 1914, a “blank check” given by one nation to another for war has been regarded as strategic folly.

Thus it is startling to learn 47 House Republicans just signed on to H.R. 1553 declaring unequivocal “support for Israel’s right to use all means necessary to confront and eliminate nuclear threats posed by Iran … including the use of military force.”

These Republicans have just given Tel Aviv a blank check for a pre-emptive war that Israel, unless it uses its nuclear weapons, can start but not finish. Fighting and finishing that war would fall to the armed forces of the United States.

Who do these Republicans represent?

The Pentagon has made clear that with two wars of nearly a decade’s duration bleeding us, we do not want a third war with Iran. For while easy to predict how such a war begins, with air and missile strikes on Iran’s nuclear facilities, no one can know how it ends.

Indeed, how would Israel reach its targets in Iran?

Turkey would not allow Israeli over-flights. The route over Jordan and Iraq would require U.S. military complicity, for we control Iraqi air space. Would Riyadh permit Israel to use its airspace to attack Iran, knowing Tehran could create havoc in the Gulf states and oil patch of northeastern Arabia?

The Israeli air force could destroy the nuclear power plant at Bushehr, the heavy water reactor at Arak and uranium enrichment facility at Natanz. But Israel cannot follow up and destroy all the dispersed nuclear facilities and missile sites of Iran. And no one knows what would follow.

How would Iran retaliate? Missile strikes on Tel Aviv? A missile barrage from Hezbollah igniting another Israeli-Lebanon war? How long could the United States stand by and watch Israel be bombarded?

Indeed, the principal purpose and result of an Israeli pre-emptive war on Iran, bringing retaliation on Israel, would be to drag America in to fight and finish a war Israel had begun.

In whose interest is that? And who dreamed this resolution up?

If America joined the attack, we would have to complete the destruction of Iran’s nuclear facilities and destroy its missile sites, coastal defenses, navy, air force and hundreds of speedboats to prevent attacks on U.S. warships and tankers transiting the Strait of Hormuz.

Would Iran retaliate by inciting the Mahdi Army to kill our men in Iraq? Would it set Hezbollah to kidnap or kill Americans in Lebanon? Would Iran retaliate for its civilian dead by activating agents to commit terrorism in the United States? No one knows.

In 1986, Ronald Reagan ordered air strikes on Libya to retaliate for Qaddafi’s bombing of the Berlin discotheque. In 1989, in retaliation, Qaddafi blew up Pan Am 103. Death toll: 270 men, women and children. It’s called blowback.

The House Republican resolution supports Israel’s use of “all means necessary” to “eliminate nuclear threats” that represent an “immediate and existential threat to the State of Israel.”

What “immediate and existential threat” are they talking about?

It is Israel that has hundreds of atomic bombs. Iran has no atom bombs, has tested no atomic device, has diverted none of its low-enriched uranium out of the sight of U.N. inspectors and has offered to ship half of its LEU to Turkey in exchange for fuel rods for a U.S.-built reactor that makes medical isotopes. And half of the centrifuges at Natanz have broken down.

Undeniably, Iran is gaining knowledge of how to build a bomb. But such a decision would seem idiotic from Iran’s standpoint, risking Israeli or U.S. nuclear strikes and provoking Turkey, Saudi Arabia and Egypt to follow suit and acquire the bomb, leaving Iran even more isolated and vulnerable,

Three years ago, 16 U.S. intelligence agencies reached a consensus that Iran had given up on the project of building a bomb. Do these Republicans have hard evidence Iran is diverting its enriched uranium to such a bomb? If so, where is it?

Have these Republicans forgotten what happened to their colleagues in 2006, who voted Bush that blank check for war on Iraq in 2002?

Why, with all the issues going for them, House Republicans would announce full-throated support for a pre-emptive war on Iran that Americans would have to fight and finish, escapes me.

But if this is where a Republican House would take America, into yet another war, best that we know it before voting this fall.