Gradually and Then Suddenly 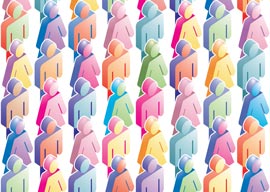 Europe’s self-inflicted “migrant crisis” ought to serve as a warning to Americans citizens that there’s no time like the present for planning ahead to stymie similar mass assaults on America’s borders.

And in turn, the sudden deluges exacerbate continuing trickles for decades afterwards.

The influx of 2015 was more or less predicted by Jean Raspail in his 1973 novel, The Camp of the Saints, but few in authority in Europe appear to have ever devoted any attention to the Continent’s obvious vulnerability to foreign flash mobs taking advantage of the good nature of contemporary Europeans.

In contrast, the Australian government has laboriously worked out an effective system to block boat people, which has succeeded in discouraging most from even attempting the voyage.

And the government of Israel has so impressively anticipated the threat of Muslim and African population surges that it only briefly suffered from sub-Saharans pouring into Israel when Egypt’s Mubarak government, which had long blocked economic border-crossers as a favor to Israel, was overthrown.

It’s time for Americans to start thinking like Israelis rather than like Germans when it comes to defending their country.

Paradoxically, the world is getting more tumultuous because the problems of Third Worlders are becoming less dire. When Raspail portrayed a million Third Worlders descending upon Europe, he envisioned the incoming tide as the starving poor from Calcutta. After all, it’s only natural for people who have overpopulated their own countries to want to move to other people’s as-yet-untrashed lands.

In the past, however, that wasn”t terribly practical. The money and the sheer information needed for long-distance travel was out of reach. But 42 years later, the real-life version of Raspail’s swarm turned out to be mostly swaggering youths with smartphones.

“It’s only natural for people who have overpopulated their own countries to want to move to other people’s as-yet-untrashed lands.”

In particular, the smartphone enables ever-growing hundreds of millions of people in Third World countries to envy their cousins in the First World.

And social media passes along instant awareness of Western mistakes. For example, on Aug. 25, the German migration office sent out a tweet stating that Berlin would no longer obey E.U. rules when it comes to Syrian asylum-seekers. The German bureaucrats claim to have conceived of their putsch against European unity as a mere technical fix, but whatever the intention, the tweet went viral in the Muslim world.

Within days, Berlin’s blunderkrieg against its own continent was attracting hundreds of thousands of military-age Muslim men, Syrians, and pseudo-Syrians alike. But for decades to come, this instant invasion of Europe will lead to quieter immigration, legal and illegal, which will in the fullness of time in turn generate future Camps of the Saints.

Chain migration by extended families from the Third World is an obvious reality. The past half century of history with Muslim immigration to Europe suggests that once these new settlers are legally documented and entitled to exploit the local taxpayers, they will come under tremendous pressure from their extended families to legally wed cousins from the old country to provide the clan with more entrÃ©e to Europe.

A 2008 study found that 28 percent of marriages in urban Syria and 36 percent in rural Syria are between first or second cousins. In Afghanistan, another major source of newcomers, the national average in 2010 was 42 percent. First-cousin marriages among Pakistanis in Britain are so prevalent that Pakistanis now account for 30 percent of children born with birth defects in the U.K.

But the cultural effects of Muslim inbreeding are even worse. Intensifying blood ties among relatives leads to increased clannishness and decreased concern for fellow citizens. It’s hard to explain the horrific phenomenon of gang rapes of underage English girls, of which Rotherham is the tip of the iceberg, without understanding the psychological impact of inbreeding among Muslim immigrants. It makes people who aren”t your close kin seem less related to you. Why? Because they are less related to you. Thus, victimizing the host population in the interests of your blood relations is only natural.

Could a Camp of the Saints happen in the U.S.? Might we see a sudden rush by land, sea, or air?

It already has happened, multiple times. It could easily happen again, and on a vastly larger scale.

As you”ll recall, the Obama administration set off a race for the border in 2014 by hinting that Central Americans were welcome as long as they mouthed the right words.

(If Jeb Bush, who is running for president upon his Hispanic ties, were to be elected or even nominated by the Republicans, it would hardly be surprising if the lame-duck Democratic administration used Jeb’s triumph as justification to throw open the borders and invite in future Democratic voters.)

Back in 1980, Fidel Castro outsmarted Jimmy Carter, dumping his political and criminal prisoners upon the United States in the Mariel boatlift. The chances for a Mariel II at some point seem strong.

At present, Cubans who set one foot on American dry land get to stay here as political refugees from Communism. But eventually, it may dawn on Congress that Cuba is increasingly less Communist and more just plain poor. Congressional debate might set off a race for the exits in Cuba before this policy expires. If the Cuban government were to decide to greet the capitalist dawn by first dumping a few million of its least desirable people on Uncle Sam, do we have a plan?

So if you are planning to visit Europe someday, do it soon, because if you wait too long it might wind up looking like Detroit.