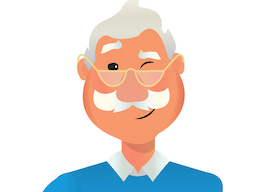 NEW YORK—A little Austrian count was born to my daughter last week in Salzburg, early in the morning of Nov. 9, 2018, becoming my third grandchild. Through modern technology I was flooded with pictures of a blond-fuzzed and pink little baby boy less than a day old. Flying in from Gstaad, the mother of my children did not make it on time, which was just as well. Like most women, she tends to overreact where babies are concerned. Unlike us tough guys who tend to hit the bottle and celebrate instead.

And speaking of the fair sex, Lionel Shriver is some columnist, best American writer by far, and she sure got the #MeToo phonies down to a tee. (Read her in the British Spectator; I wish she would write for Takimag.)

They say that grandfathers are forgiving types, and I don’t mind when my friends sometimes call me granddad in nightclubs and embarrass me in front of younger women. The first time someone called me a grandfather I was not yet one, and he was on his knees and I had put him there with a foot sweep. It happened long ago in Athens, and the genuflecting young man was Greek. I was driving to karate and made an illegal right turn. He was on his motorcycle, and I almost crashed into him. I stopped and apologized, but he came toward me like Orlando Furioso. So I foot-swept him and then jumped into the car and drove off. “Come back, you cowardly old granny,” he yelled at me. I almost crashed again while laughing.

“Getting drunk in nightclubs and sometimes even getting into fights at my age is undignified, however enjoyable.”

It seems old age demands some gravitas, but I love life too much and girls even more to ever act my age. Perhaps if old men like Woodrow Wilson had not taken themselves so seriously, and that includes that awful frog Marshal Foch, and had not taken such revenge on Germany following the cease-fire 100 years ago, we would not have seen the horrors of World War II and the atomic bombs dropped on the Japanese. Wilson was seen as a savior of mankind, and the little Princeton professor’s imagination soared and he believed himself to be Alexander the Great. He bloviated and virtue-signaled endless meaningless bromides and managed to impose such terrible terms on the Germans, it is a wonder it took as long as twenty years before they came back for a “revanche.” Wilson also practiced his punitive ideas against the defeated Germans back home. War resisters went straight to the pokey despite the fact that not many Americans wished to get mixed up in a European war. Isolationism became a good word after the little prof messed up. Thank God he had a stroke and his wife ran the country for the rest of his term.

I suppose the Wilson bum was the first globalist, and now another little man—a little frog, actually, Macron—is telling us how we should all be nice little globalists and let little frogs and German hausfraus run our lives. All I know is their road will lead to the kind of endless immigration conflicts their predecessors managed in the Middle East because they thought they knew better. Let everyone and every country decide what is best for them, says grandfather Taki, and don’t let the Macrons, Junckers, and Merkels of this world tell us they know best. They don’t, but the Hungarians, the Poles, and the Italians do. Sure, the unelected will call them fascist, as they will say Brexit was not democratic, but look who is talking: the unelected crooks of Brussels and the unread, badly laid, and physically repellent hacks of The New York Times? Puh-leeze, give me a break, as they say in Brooklyn Heights.

As the Taki family expands, I have to look to higher things in order to inspire the troops. Getting drunk in nightclubs and sometimes even getting into fights at my age is undignified, however enjoyable. (The only thing I regret is not having been around to help my buddy Gavin McInnes when he and the Proud Boys were attacked for no reason by Antifa thugs.) So I’ve been reading some poetry to calm me down when I sit on my rocking chair dreaming of kicking sand in the face of someone disgusting like Philip Green. Facing the Persians by my friend Ian Olson was a start. Inspiring stuff. “Bright Ribbons” ditto. Olson is a hell of a poet, and people should get his book. I’ve read some poetry along the way—Keats was the best and always will be—but the modernists leave me as cold as does their architecture and their fiction. A great poet who tragically died in a car accident back in 1957 was the South African Roy Campbell, and so said T.S. Eliot and Dylan Thomas. Campbell was no “sandal-wearing poof” (George Orwell’s description of lefties); he fought on my side (the good one) in Spain, so crappy Bloomsbury types shunned him. Which means he was lucky. His “Horses on the Camargue” and “Autumn” are wonderful and expose the double standard the left practices everywhere and on every level. Plato would have been shunned because he would have seen through them.

So there you have it—a quiet week, a new little count, and now I’m bored and need to leave the rocker and hit the nightspots with some young you-know-what. Yippee!