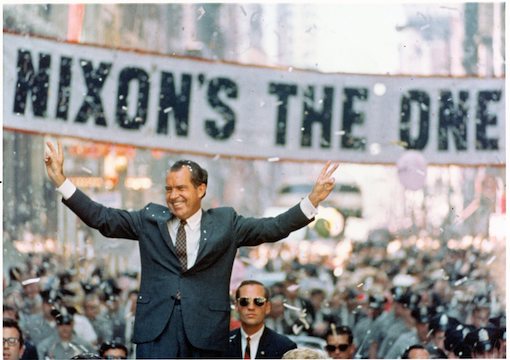 GSTAAD—The staff is back and all is well, as they used to say long ago in faraway places. The gardener and the cleaner are Portuguese, and they greet me with their inherent dignity from afar. The Philippine maid and cook almost gets me in a headlock trying to thank me for keeping her on salary while she rested at home. I shoo her away. Whom does she take me for, a lowlife cheapskate like Philip Green? I’m the one who sent them all home in the first place.

Mind you, I’ve taken such a shellacking in the stock market I’ll soon be applying for a job myself, perhaps as an aging gigolo to some fat old tart from Marienbad. I tango well and can waltz, so all I need is to grow a pencil-thin mustache. But I’ll start with some bad news. Friends have died, as we all will, but we do not gloat when some lefty drops dead, we pay our respects. A very good and gentle friend of mine dies, while a ghastly old hag goes on British television and wishes Boris dead. Why is leftist scum like her allowed to get away with such crap?

An email from Brisbane lifts my spirits, however. Ian Callinan is a longtime reader and writer, and he writes about the great Roy Emerson and other friends in common. I am unable to answer as I lose his message pushing the wrong button. Oh, for the days of pencils with an eraser on the top. Never mind. There is further good news: Dr. Aris Exadaktylos, professor of emergency medicine—i.e., when you arrive half dead with minutes to spare—knows what to do. Not only is he the youngest prof, he is the only Greek professor and director with his own chair in emergency medicine throughout Europe. I knew he was a great man when I spotted a “Nixon’s the One” poster in his office. Dr. Aris was born only two years before two mendacious hacks in cahoots with a disgruntled FBI officer brought down a great president. From the Bern hospital he heads, Dr. Aris sends us some info. Unlike show-offs who preach to us after the facts, the good doc’s message makes perfect sense: We know more about the virus now and can treat those who suffer from it better. Use common sense and things will be fine. Although a man of superior merit, he does not grandstand; instead he creates an atmosphere of calm toward the plague, with some intimate observations.

“I knew Dr. Aris was a great man when I spotted a ‘Nixon’s the One’ poster in his office.”

In pursuit of an ever more fickle and moronic audience, the merchants of this alpine village have just about banned books, assigning them to the back of a once-proud bookshop, now a store that sells bric-a-brac. My first-ever opus was displayed in the window next to the best-seller by David Niven and one by William F. Buckley exactly 45 years ago. I outsold them both because back then Gstaad was full of Greeks interested in what I had to say about the colonels who had just collapsed. It was a strictly local victory, David’s book selling like hotcakes the world over.

Mind you, I have said all this before, this small place is becoming Slobovia, with people of undetermined provenance parading all over town now that the place has opened up. The kindest thing I can say about this mob is that they’re not exactly Gotha material, but then Gotha types nowadays are rare and far between. My son celebrated freedom by having forty beers with Moritz Flick and Albert von Thurn und Taxis, all three being beer lovers and having a Schoenburg for a mother. JT has now moved to his own chalet high up some mountain nearby, a place I have visited only once in summer because one needs ropes and oxygen during the winter months. (This boy will be the end of me.) My daughter, in the meantime, is about to give birth in Austria and I’m headed there next week.

Needless to say, those who sell foodstuffs have made a killing during the lockdown. The local butcher—a very nice man—is worried that someone might include him on one of those rich lists that appear every so often these days. And speaking of the rich, the next time I read or hear someone refer to Switzerland as a tax haven, I will pour my coffee down their neck while they’re bloviating. The new socialist regime in Bern is out to kill the golden calf, and is succeeding. The taxes for those the socialists deem very rich are astronomical, and I foresee an exodus not unlike the one from France back in 1981, when the socialists decided to soak the well-off. They never learn, do they?

Very few do. Free-market capitalism is the best way to support the poorest and the neediest. Just wait and see what will happen in the Bagel following the virus impact. The city is the biggest employer, and Bagelites who are municipal workers are paid by the taxes of those working in big glass buildings. The latter are now fleeing, and what I’d like to see is how the short and fat municipal workers are going to be paid. Perhaps with Noo Yawk script moola. Ditto here in Gstaad.