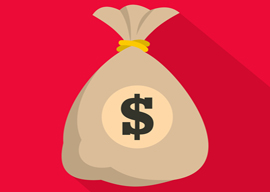 GSTAAD—The pastoral heaven of this place can get very dull during the summer months. Green hillsides, neat farmsteads, pleasing breezes, and meadows bright with wildflowers amid great white-capped mountain peaks are no substitute for pretty women or intellectual company. This is the bad news. The good is that the nouveaux riches and terribly vulgar do not appear during the summer, they’re too busy sweating it out in the South of France or in Marbella. Alas, they show up during the winter months, but the low temperatures keep them covered up in furs and chinchillas. To see the crappy ones in bathing costumes would be too much, even for someone like me, who has witnessed some pretty gruesome sights in his lifetime.

It is now sixty long years that I’ve been coming to Gstaad, and the place sure has changed. For the better, as far as the locals are concerned, catastrophically worse for yours truly. There is no doubt that the locals have greatly benefited from the arrival of the moneybags, just as it is that most moneybags, without doubt, are vulgar and ugly. I said most, not all, as two or three of my closest friends in this place would be considered very rich even by the ruling crooks in Saudi Arabia. (Speaking of those animals and MBS, they have targeted and murdered innocent children with their American missiles, starved thousands, and facilitated cholera to spread in Yemen, yet because they’re rich we genuflect and look the other way.)

Which is what I do—look the other way—most of the time when I’m in Gstaad. The malodorous hordes invading southern Europe from Africa have nothing on some of the throng coming up from Geneva. The difference is that the latter have lotsa moola, and there is nothing worse, as far as I’m concerned, than lotsa moola with no manners. Mind you, the locals have had very good years—their shops are thriving, there is full employment, and the real estate market has gone through the proverbial peak of Mont Blanc. The man who has made all this possible and has been instrumental in ruining my life is Marcel Bach, richer than Croesus and Midas combined, and the person Swiss legislators are seriously contemplating changing the country’s name to: Bachland.

“Is it possible that people have gotten so much uglier?”

Marcel started out as a ski instructor, a fresh-faced kid I noticed because of his pleasant manner and brave downhill technique. He also had an eye for the ladies that made him stick out among the locals. He married a pretty English girl, had two daughters, went into real estate, and out of the blue was the first local man to conquer Everest. Everything in Gstaad—wives, children, mistresses, chalets, ski runs, mountains, restaurants, hotels, cable cars—belongs to Marcel. But here’s how he’s different from the vulgarians he has done so much to attract. He lives very simply in an unostentatious apartment, does not drive a flashy car, is a very good father and friend, and is very helpful to people like myself who are always changing their mind as to where they should live. He’s the one who found my present perfect chalet and property, having managed to sell my old place for a fortune to some fool from Monte Carlo.

Old Gstaad was a tiny village with shops on its main street that sold cheese, meat, cigarettes, skis—a very quaint one sold books. The latter was the first to go once the locals realized that the new arrivals could count but not read. All the above have now disappeared—like ugly children in bygone days, hidden away in attics—replaced by Prada, Louis Vuitton, Graff, Ralph Lauren, and various boutiques that sell expensive junk. The Gulf hordes who appear in the summer keep those shops busy, although they do very little to embellish the picturesque village that has now grown and grown and grown. There is an apocryphal story making the rounds that once Marcel Bach had conquered Everest he took a roundabout way of going down in order to check out a southern slope for possible apartments to be built.

And build the locals have done, and continue to do. One of the reasons I am so happy to be living on a mountaintop is that people living below risk ending up in some cement mixer. Every single inch of Gstaad has been built on, and I hate to think how many grannies failed to get out in time and will one day be discovered when the chalets are torn down in order to build bigger ones in their place. The indoor pool, cinema, and gymnasium are now de rigueur in modern chalets, as are the Filipino maids and white chauffeurs, where African potentates are concerned. The place sure is a far cry from when a fresh-faced Taki first arrived and was greeted by an oompah band and taken up to the Palace Hotel, back then full of beautiful women with pedigrees. I often wonder, where have all these women gone? Were they as beautiful and refined as I remember them, or was it inexperience on my part? Has society changed that much? The answer is yes, it has, but is it possible that people have gotten so much uglier? Well, I’ve never seen uglier men than those from the Gulf, but back then they were still in the desert eating their dates. I’m off to Greece once again and will report from there next week.